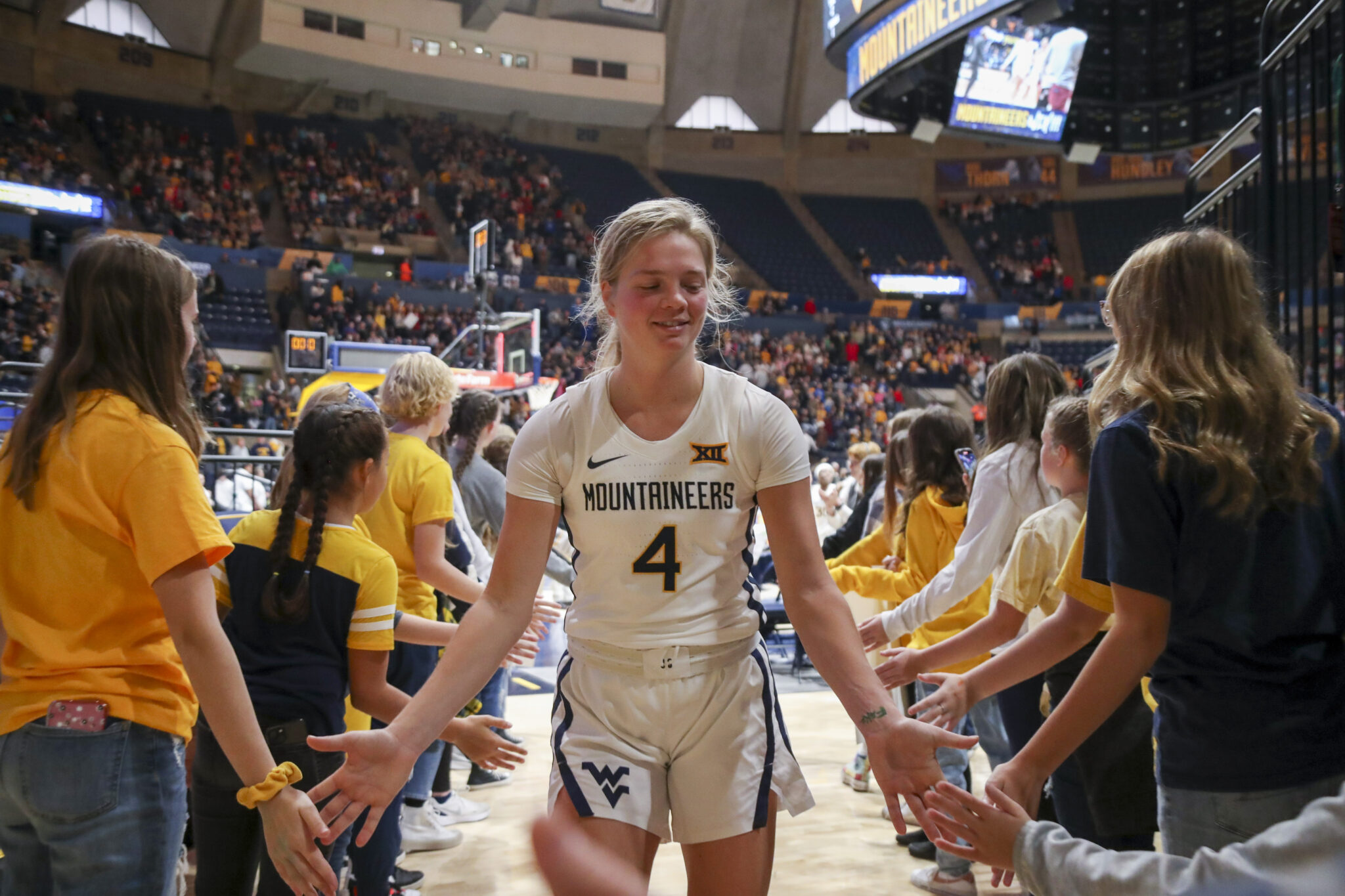 MORGANTOWN, W.Va. — On a team with six new players and four with extensive experience at West Virginia before this season, the expectation was always that it would take time for the Mountaineers to develop a strong understanding of how to play alongside one another in Dawn Plitzuweit’s first season as head coach.

Although that’s proven to be the case in several areas through the first 11 games, one newcomer that’s had little difficulty fitting into the picture is Danni Nichols, a 5-foot-10 guard playing her sixth season of college basketball and first at the Power 5 Conference level.

Nichols spent five previous seasons at Western Illinois, the first of which was a redshirt year as she recovered from a torn left ACL at the time.

“It’s always kind of taking me a little to warm up in my new surroundings,” Nichols said. “It took me longer when I was a freshman coming off a knee injury. This year I was able to warm up a little quicker and get used to my new teammates and coaches.”

Were it not for the torn ACL that kept Nichols out of action her first year in college, she would have exhausted all her eligibility by now and never had the opportunity to play at West Virginia.

Instead, a native of Columbia, Mo., Nichols has made a somewhat seamless transition to Morgantown and is averaging 8.1 points, 3.7 rebounds and better than one assist and one steal ahead of Big 12 play, which begins at 2 p.m. Saturday for the Mountaineers (9-2) when they welcome No. 20 Oklahoma.

“It’s taken time,” Nichols said. “You can tell we’re all still new to each other and a new team. You can definitely tell a difference in how we’ve grown as a team and as individuals playing with each other from our first game to our games in West Palm.”

The games in West Palm Beach, Fla., that Nichols referenced were the Mountaineers’ two most recent outings December 20 and 21 in the West Palm Beach Invitational. WVU battled back from a 34-22 deficit to beat Georgia 49-45 in its tournament opener. The following day, the Mountaineers cruised by Miami Ohio, 82-51.

Nichols, currently West Virginia’s fourth-leading scorer, led the Mountaineers in points in both contests. She scored 13 against Georgia and followed it with her career-high output in a WVU uniform with 17 against the RedHawks.

She was the only WVU player to score in double figures in both games and did so on a combined 12-of-19 shooting.

Nichols has scored at least six points in eight games and of regulars in the rotation, she has the best field-goal percentage at 60.7 having made 34-of-56 shots.

“I’ve been in the gym taking those shots in practice,” Nichols said. “Part of shooting a high percentage is also taking the right shots, too. That helps. Just playing my game I guess.”

Nichols is second on the squad with 10 3-pointers and she’s made half of her attempts from long distance.

During her time at WIU, Nichols started 101 games and appeared in 113. She was the Summit League Freshman of the Year in the 2018-2019 campaign after averaging 8.4 points.

The following two seasons, Nichols averaged 12 and 11.4 points, respectively, before finishing her time as a Leatherneck as an all-Summit League second-team selection with an average of 15.8 points on nearly 53 percent shooting.

Over her playing days at WIU, which included nine losses to Plitzuweit’s South Dakota teams in as many games, Nichols averaged 11.9 points and shot 50.1 percent. She also contributed 4.2 rebounds and averaged more than four each of her last three seasons with the program.

While transitioning to a new program, coaching staff and teammates in a different part of the country, Nichols has also had to adjust to being in a reserve role.

Save for 12 of her 30 appearances as a redshirt freshman, Nichols started every game she played at Western Illinois. At West Virginia, which has utilized the same starting five in every game to this point, Nichols is coming off the bench.

“It definitely isn’t something I was used to, but I’m a lot more comfortable with it than I thought I would be,” she said. “Originally, I was afraid of being cold off the bench. I’ve found a way to add to to the game and produce coming off the bench. It’s something I’ve learned to do.”

Nichols is still regularly playing and averages the fifth most minutes of the team at 21.2. She’s learned to develop a new approach to start games that focuses on what’s transpiring on the court while she’s not on it.

“That’s an advantage of being on the bench,” Nichols said. “You get to watch and see what’s going on, see how individuals are playing and what’s going well for them or not so that you can come in and focus on that area and have an advantage of knowing how they’re going to play.”

Now with non-conference play at thing of the past for this year’s West Virginia team, Nichols and her teammates are eager to get going against a challenging Big 12 slate.

“We’re focusing now on recharging our bodies and getting them healthy and recovered and we’re all ready to get started with conference,” Nichols said. “It’s exciting and fun and what we’ve been preparing for.”