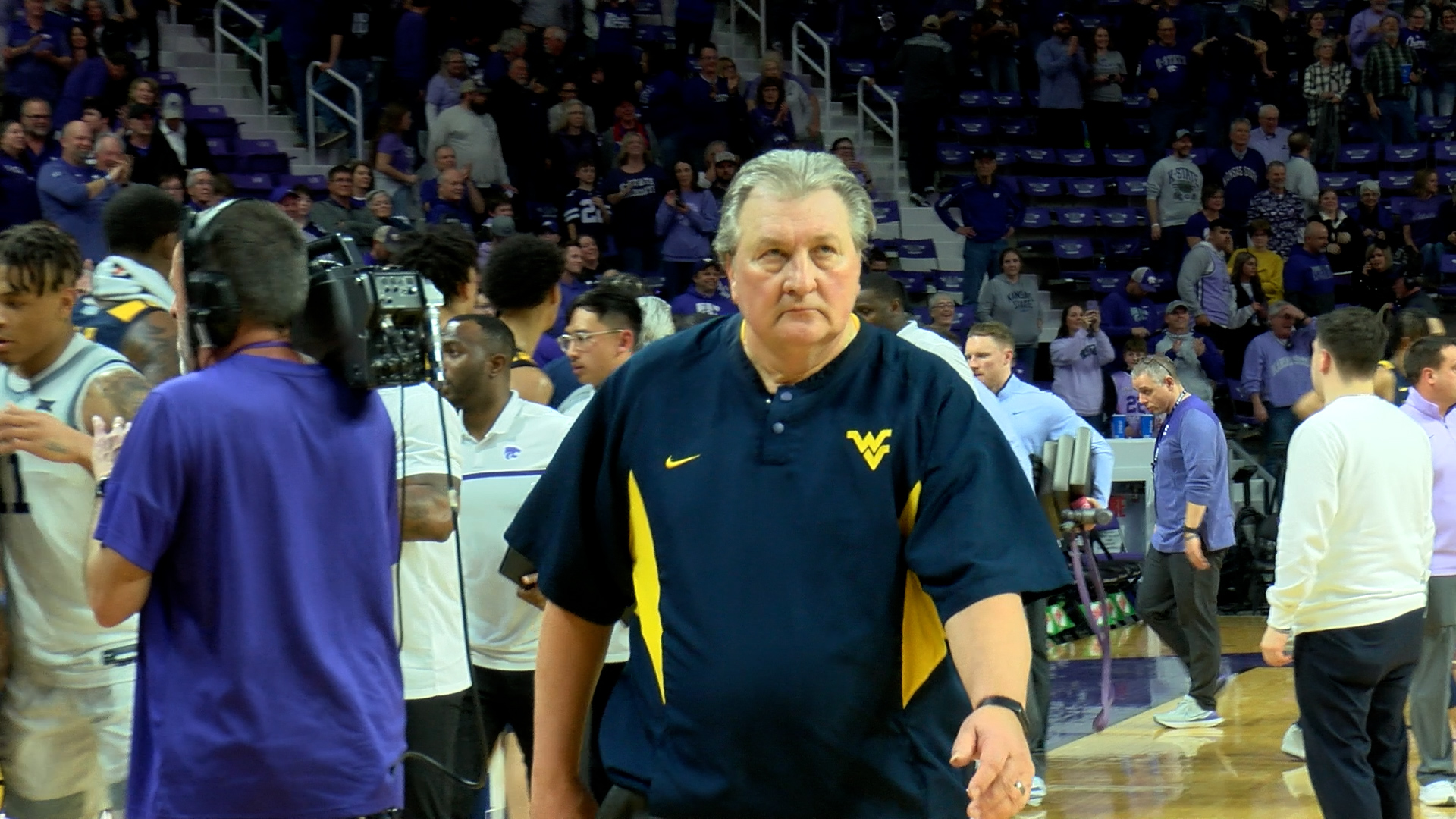 MANHATTAN, Kan. — One game would certainly not erase the memory of last year’s tenth place finish in the Big 12. But a victory at Kansas State could have turned the trajectory in West Virginia’s favor by doing something the Mountaineers couldn’t do at all last year in league play, win a game on the road.

An 82-76 overtime loss Saturday night to the team picked tenth in the Big 12 preseason coaches poll left Bob Huggins and the Mountaineers frustrated, puzzled and with questions that remain unanswered.

For just the second time in thirteen games, West Virginia finished a game with more turnovers than assists. A dozen assists were offset by a season-high 20 giveaways.

“We’ve had numerous conversations about how we excessively turn the ball over,” Huggins said.

“For the most part, it is really just lack of awareness,” said WVU guard Kedrian Johnson. “We were not wanting to take care of the ball. We were just out there moving it around and not paying attention.”

The Mountaineers seized early control of the game before the second media timeout. WVU jumped out to a 17-3 lead less than eight minutes into the contest.

“This was not our fault. That was all credit to West Virginia,” said Kansas State head coach Jerome Tang. “I thought their speed, their athleticism, their pressure, it was like nothing that we had faced yet.”

A significant rebounding advantage in the first half allowed WVU to build a double-digit lead. The Mountaineers outrebounded K-State 31-12 in the opening stanza. The Wildcats however held a 24-19 edge on the glass after halftime.

“It wouldn’t have mattered whether we would have or wouldn’t. If we rebounded it and they fouled us, we weren’t making the free throws anyways,” Huggins said.

“My lack of awareness at some points allowed him to back cut me and make plays,” Johnson said. “I put a lot of weight on my shoulders for this loss.”

Nine days removed from their last game, Huggins says little had changed since a narrow victory prior to Christmas.

“It started at Stony Brook. We played Stony Brook and won by eleven,” Huggins said. “We were supposed to win by 40. That’s not a knock on them. That’s a knock on us.”