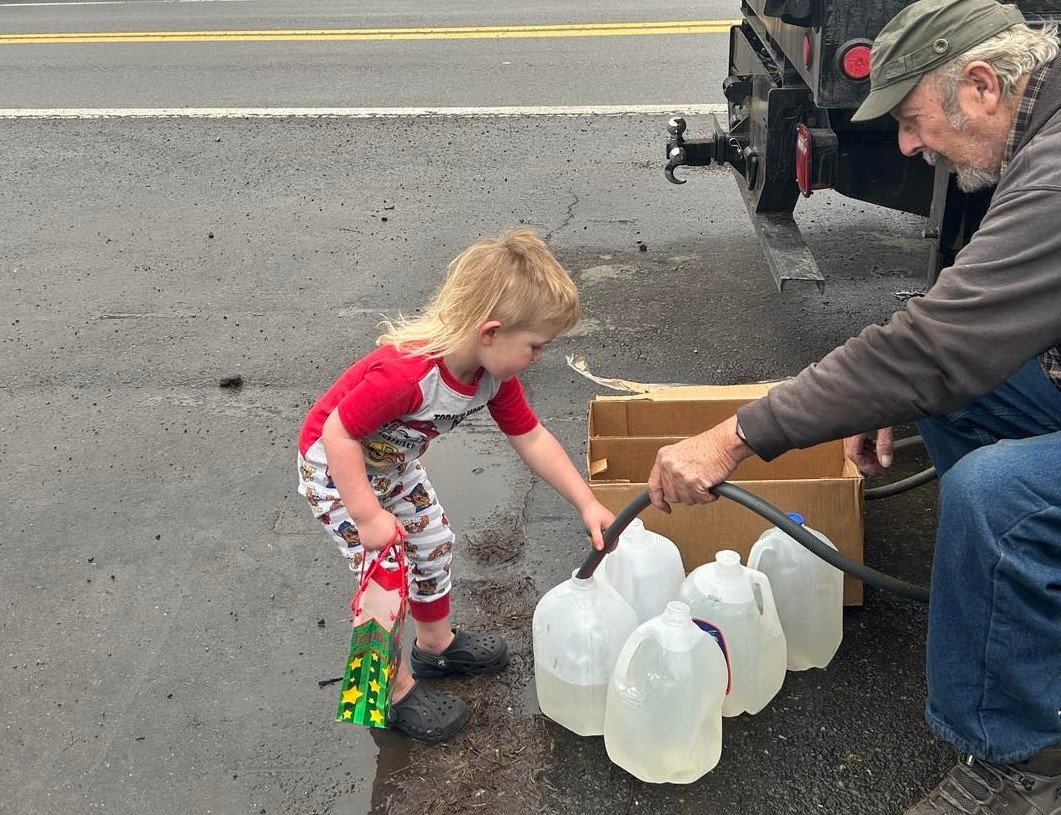 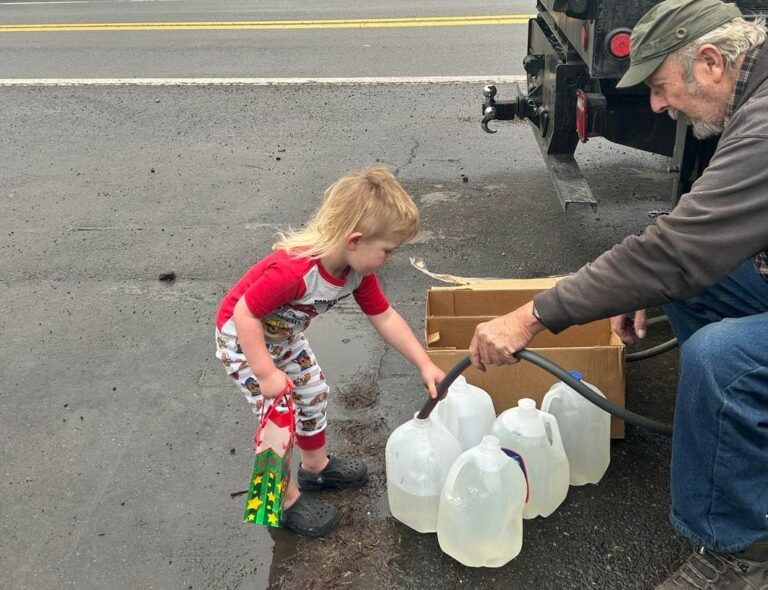 Folks living along Route 3 in Raleigh County are doing the best they can now 10 days with no water service. 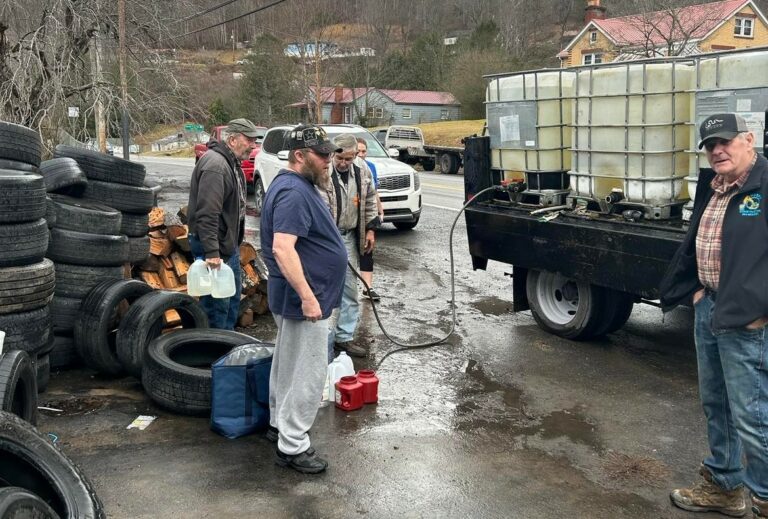 Danny Gilfilen (right) and others have pitched in to pump water from the river to provide enough water to at least flush toilets in the area. 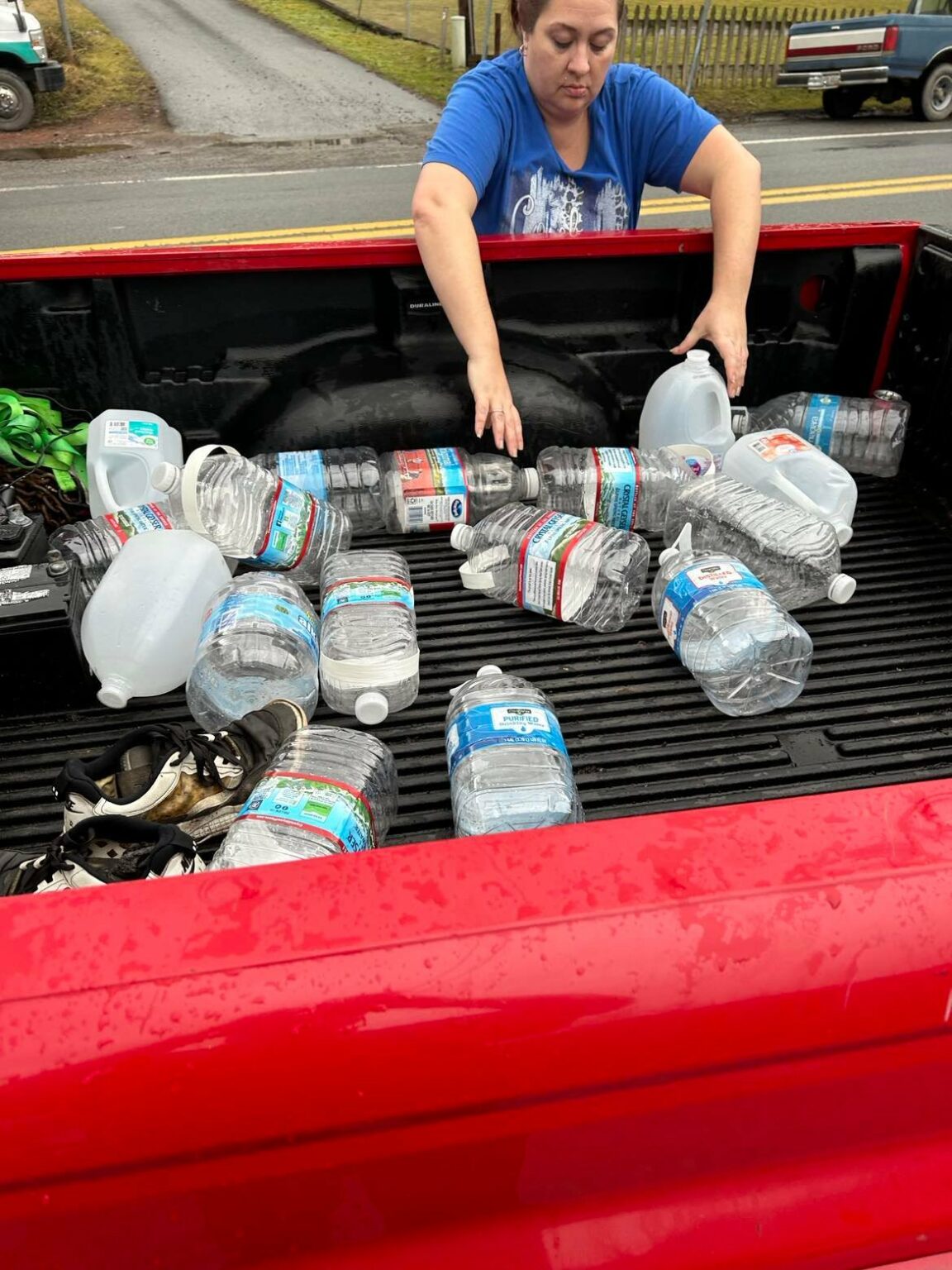 Folks are filing up jugs without any assurance of when water will be restored after it went off Christmas Day. 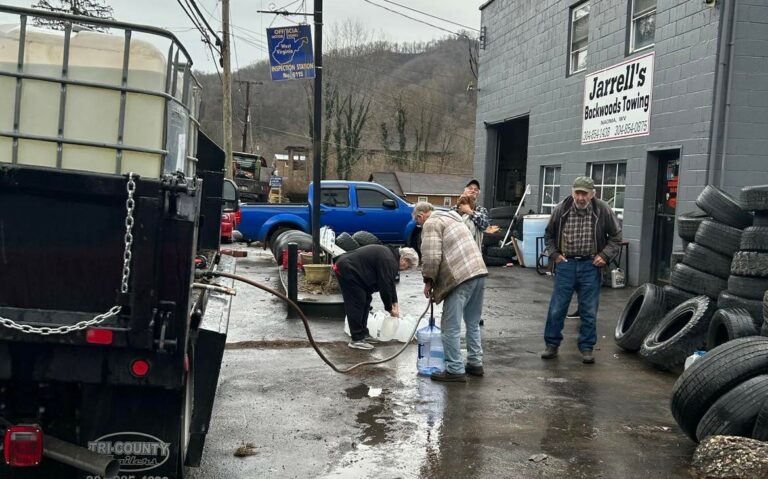 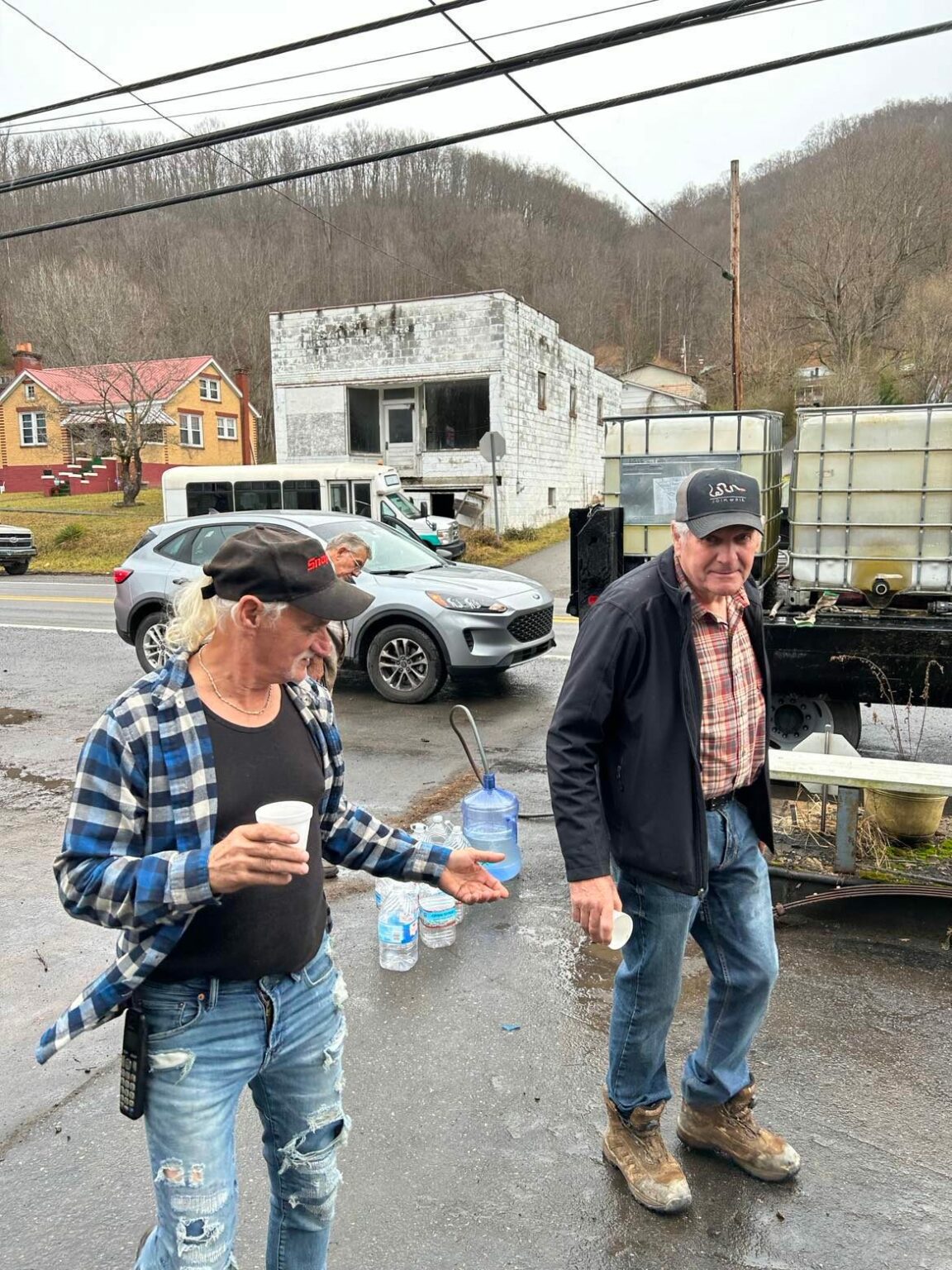 Folks say they've received no concrete information about when service will be restored and don't believe the water distribution is being handled very well, particularly for the elderly and shut-in residents. 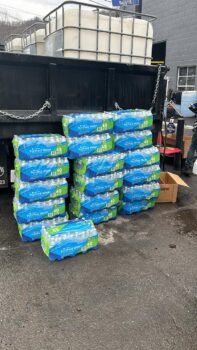 Bottled water handed out at Carl Jarrell's business Backwoods Towing in Naoma was purchased by donated funds from local residents.

NAOMA, W.Va. — The lack of water is starting to grate on those living along Route 3 in Raleigh County. But the lack of help and accurate information is causing nerves to fray and patience to run short among residents of those tiny communities close too the Boone Count line.

“We have been 10 days here without water. I have made phone calls to both Beckley Water and Raleigh Co PSD and neither provide us with any answers,” said Marsha Evans.

Raleigh County officials have indicated they are making progress and estimate the number of homes and businesses without water is still around one thousand. Evans doesn’t buy it and believes it’s a low ball figure.

“They want you all to think there is a thousand people without water but I’d say that number is more like 4000,” she said in a Facebook message to MetroNews.

Gov. Jim Justice said during Wednesday’s media briefing that only a “few dozen folks” were still without water and lived mostly in higher elevations.

“We want to thank all of those who have worked diligently to this amazing job. It’s tough stuff and everything but they’ve done an amazing job,” Justice said.

Today, I addressed the water-related problems going on in Raleigh County.

Thankfully, I can report that only a few dozen homes are left without water.

I appreciate everyone who’s tirelessly worked to care for those in need. You are heroes, and have my gratitude. pic.twitter.com/UXNxk5sHib

According to Evans, however, water service remains out in the communities of Arnett, Rock Creek, Dry Creek, Naoma, Montcoal, Stickney, Pettus, the lower part of Rt 1, Midway, Tams, Slab Fork, along with others. She said that is way more than 1,000 homes. Evans has three children and runs a farm and small business out of her house.

“We have horses, goats, rabbits, and chickens which have made this a nightmare. I’d like the leaders of these companies to turn their own water off and use not one drop for 10 hours then imagine 10 days,” she said, clearly at the end of her rope with the situation.

Water distribution points are set up at local volunteer fire departments with bottled water and non-potable water from tankers. However, it’s not enough. Carl Jarrell has created his own distribution point for the local community at his business, Backwoods Towing in Naoma.

“Their stations are too spread out, especially right here where we’re at,” he said.

Using donated totes, Jarrell and others have pumped water from the river to provide to people to flush the toilet. Along with local churches a lot of local residents are pooling their own money to buy bottled water and are trying to deliver it to those who can’t get out.  Jarrell said county emergency officials said they could only provide the bottled water at the local fire department.  Raleigh County Emergency Management Director  John Zilinski said those fire departments are delivering water to those who can’t get to the fire hall.   But residents in the region say many are falling through the cracks.

“We’re trying to figure out every one that we can and trying to hand deliver water to those folks when we know they can’t get out,” said Danny Gilfilen who also lives in Naoma. “We can’t seem to get the relief we need, or at least what we think we ought to get from our county officials.”

“Our community has always been the last thought of the county and I’d like to know why state and federal agencies are not involved in getting this resolved,” said Evans.

All three say they’ve called local politicians and even the Governor’s office. But haven’t been satisfied with any of the answers provided.

“I lost my water last Wednesday morning and that same day is when I found out they were going to raise our water bill about 3.60 a month and I haven’t had a drop of water since then. From that day until right now the answer I’m getting is 48 hours to 72 hours to get service restored and the most recent answer was 14 more days,” said a frustrated Gilfilen.

“We honestly deserve the truth about our situation and an estimated restore time,” echoed Evans.

Until the situation is fixed, Gilfilen, Jarrel, and others are trying to help each other.

“Just neighbors pitching in to help each other and trying to make it through this deal,” Gilfilen said.

Raleigh County schools are closed for the rest of the week because of the water problems.