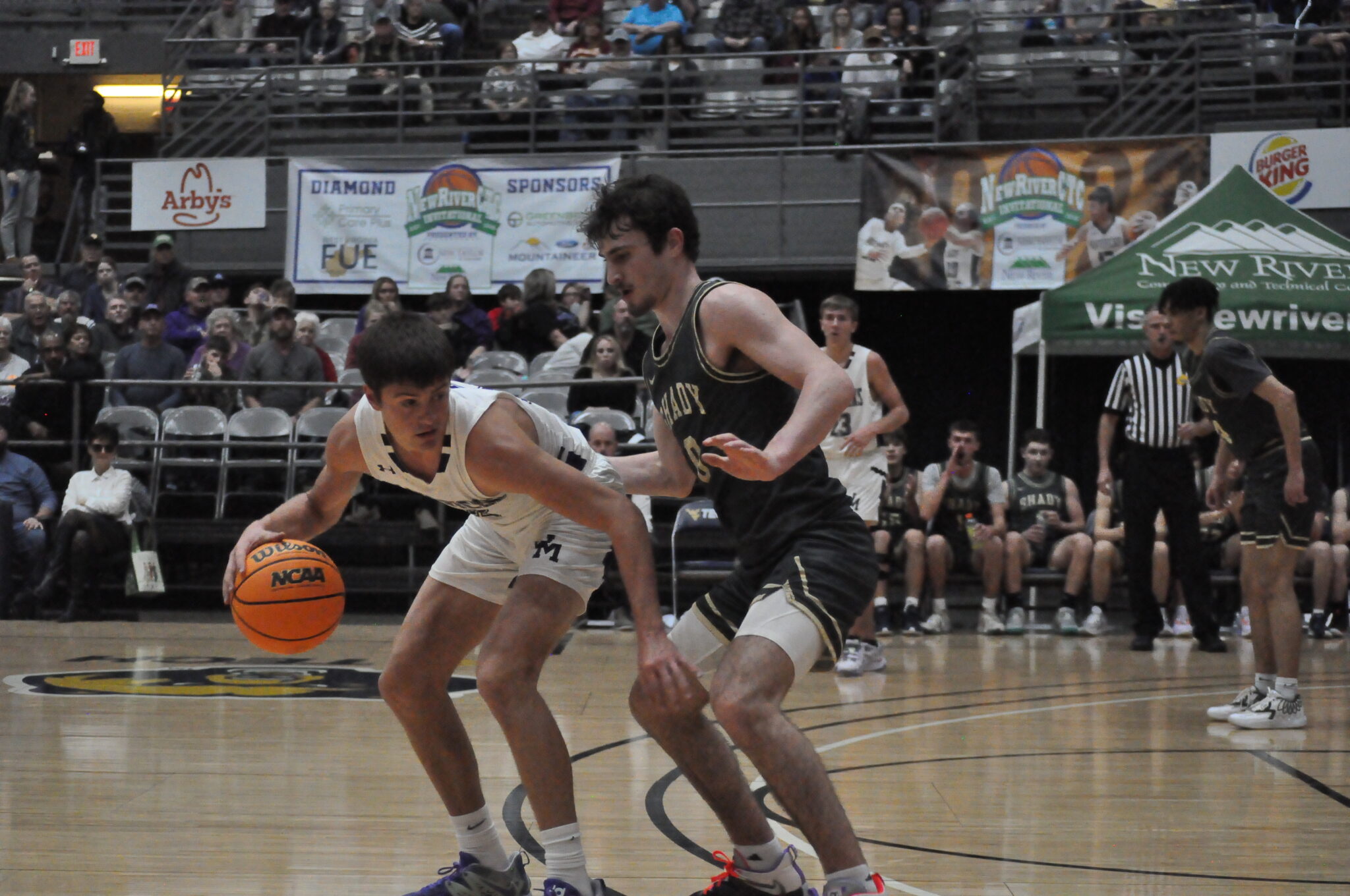 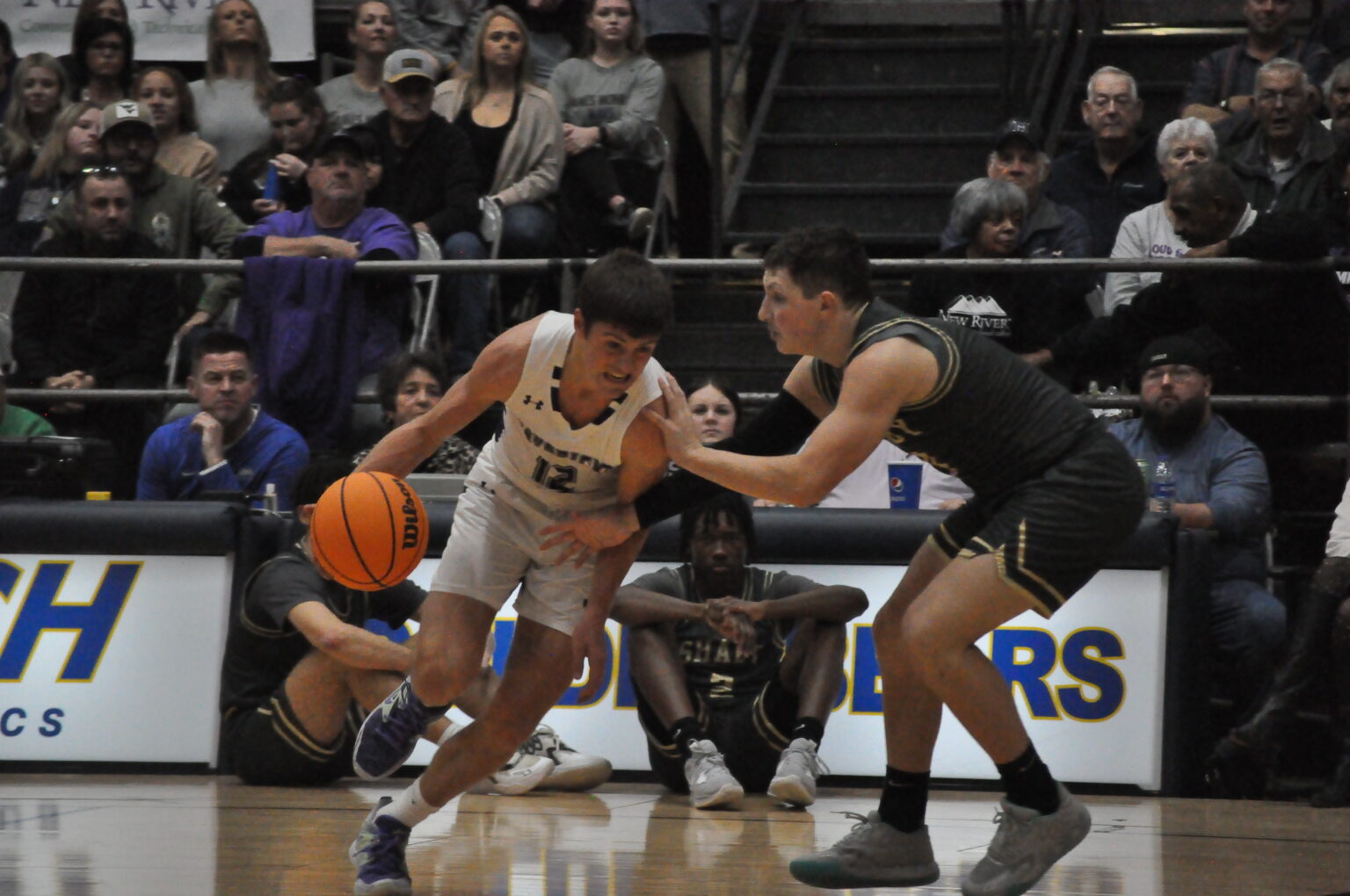 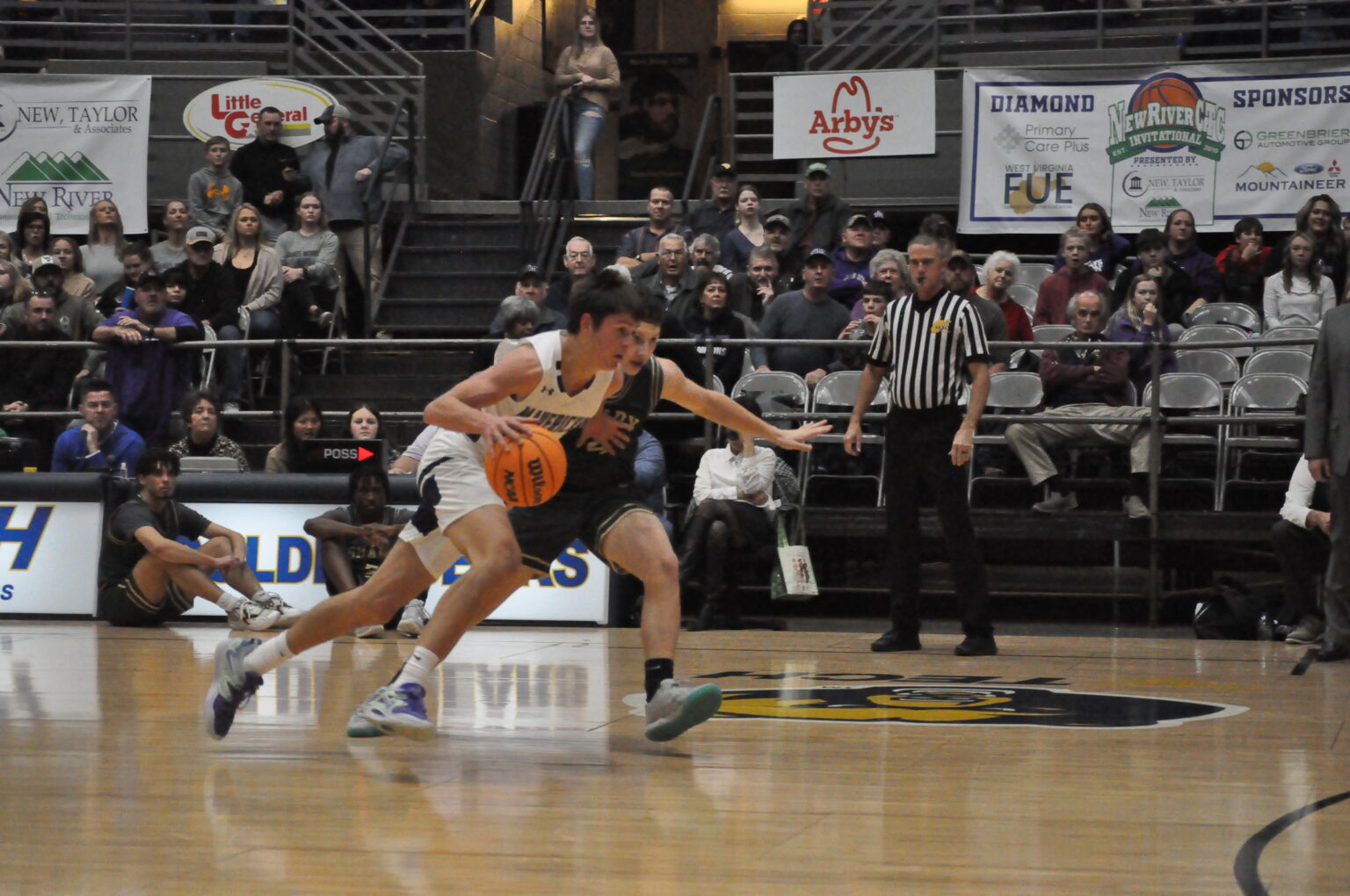 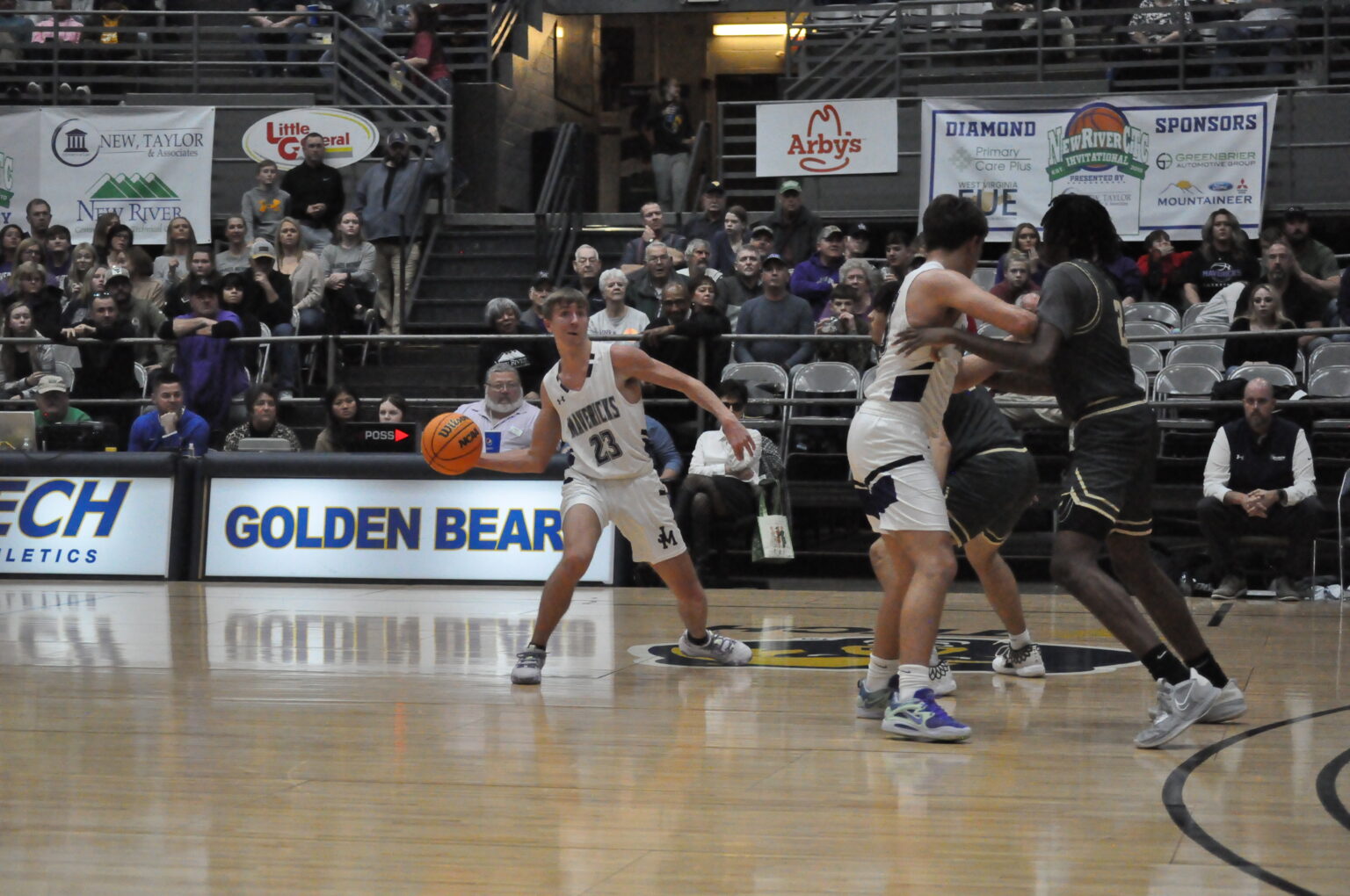 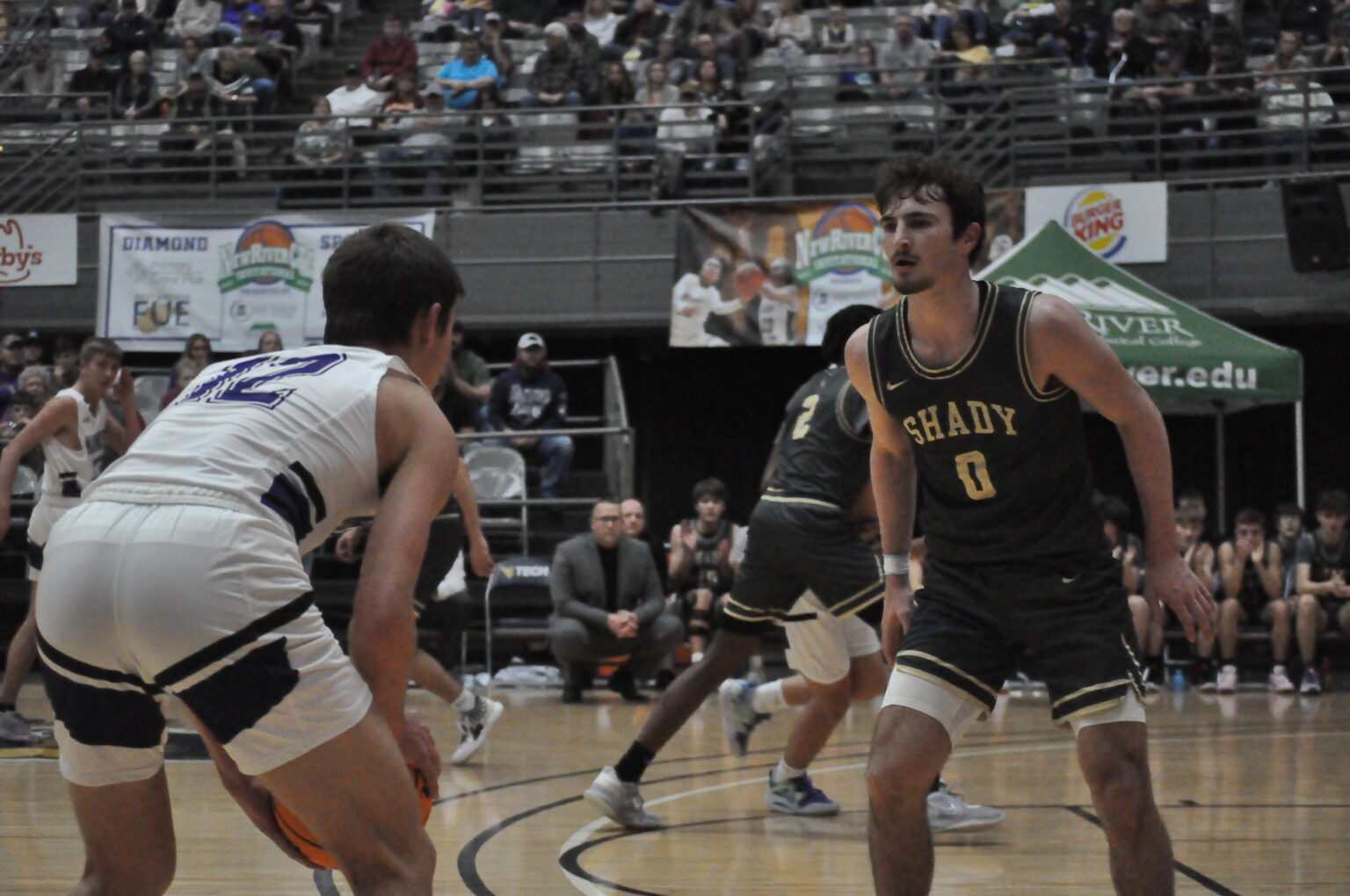 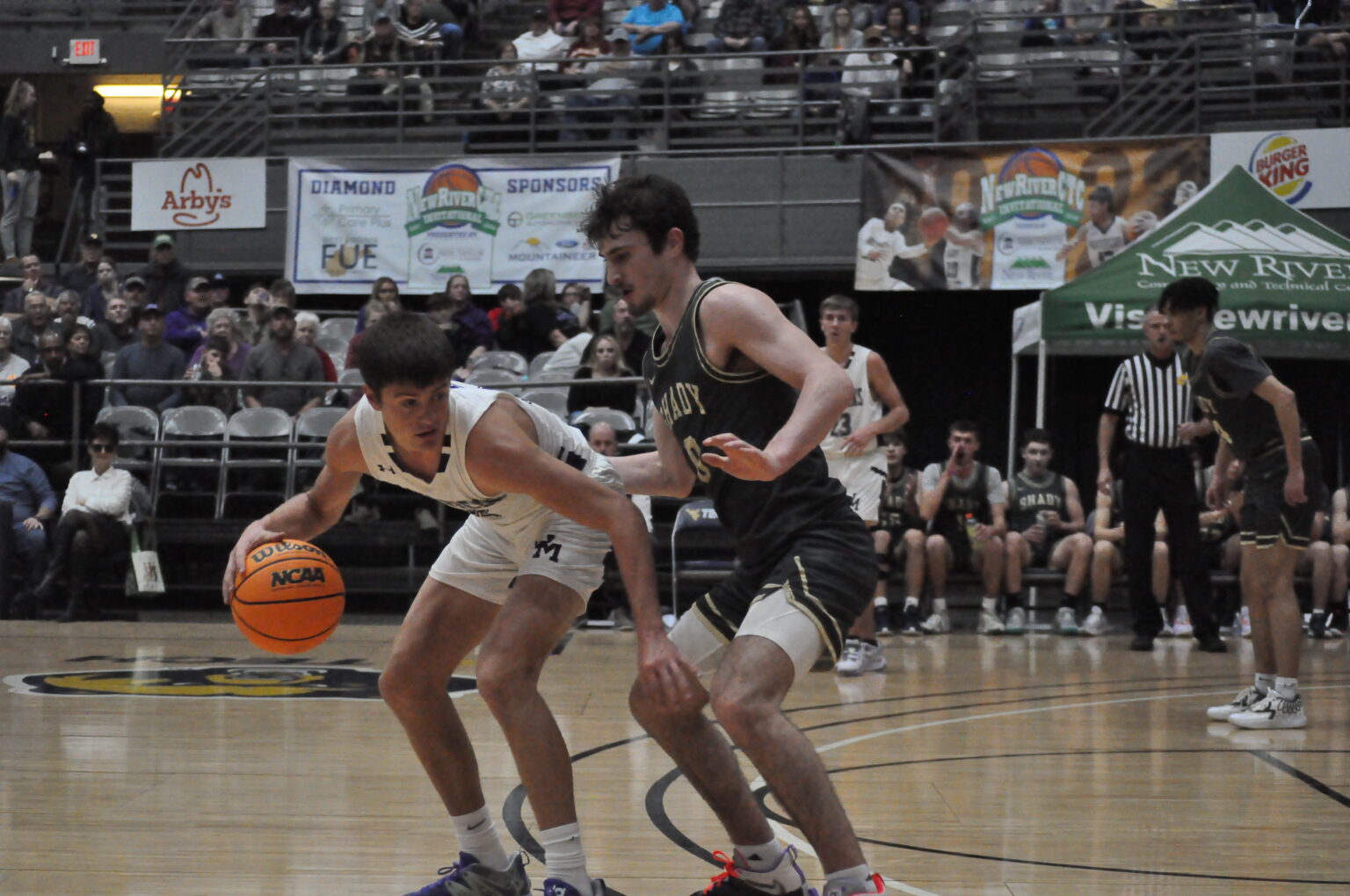 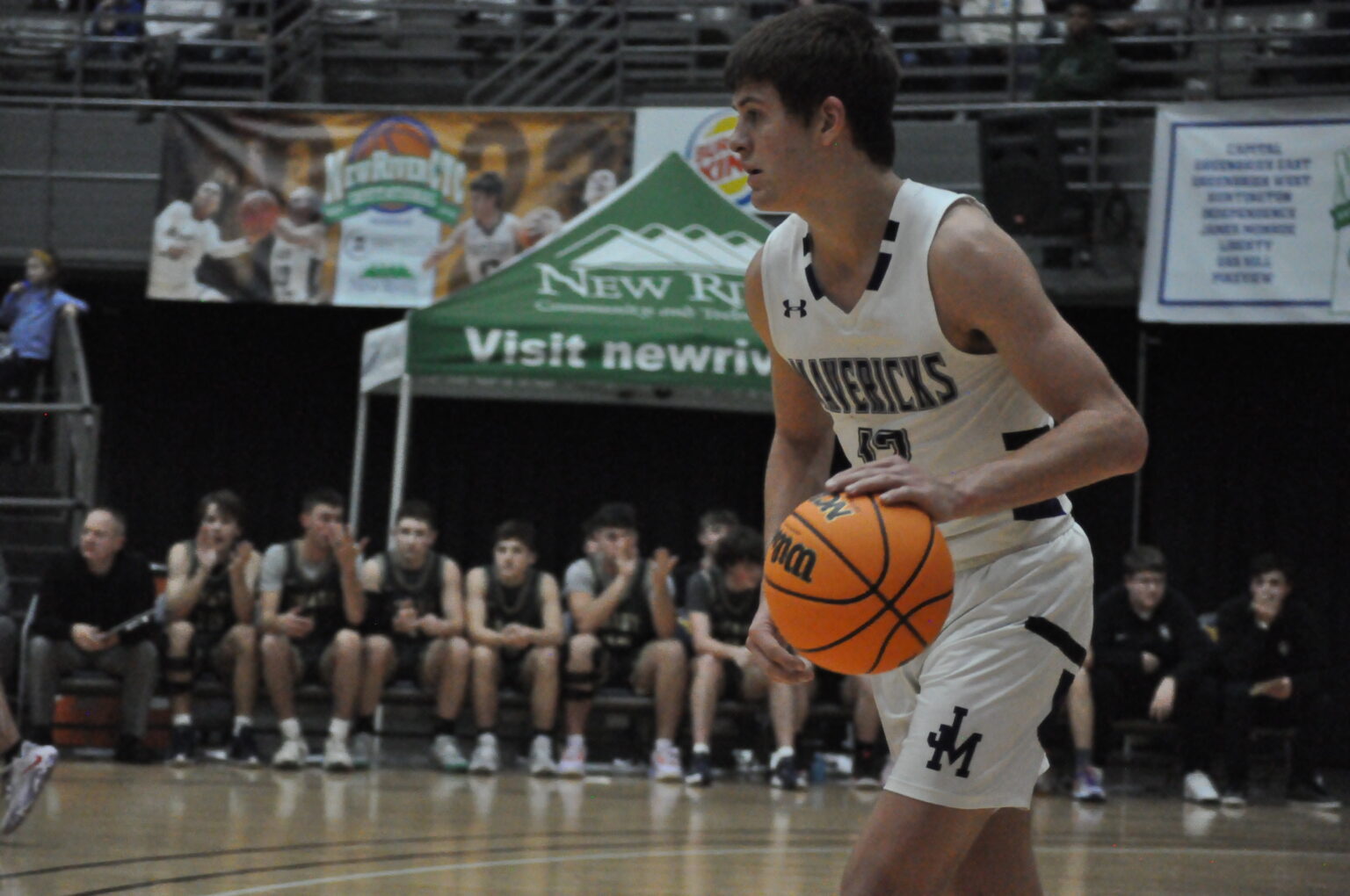 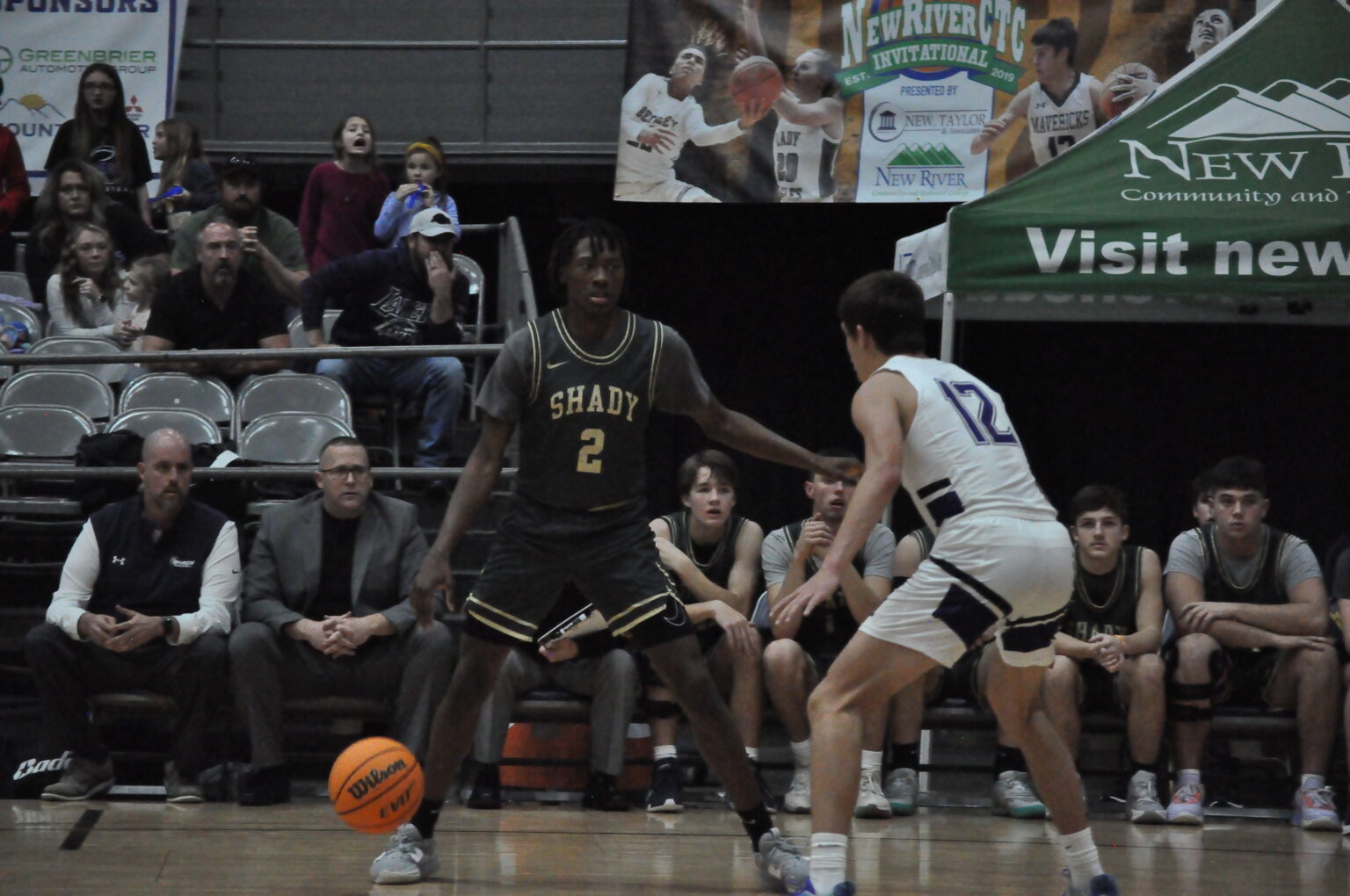 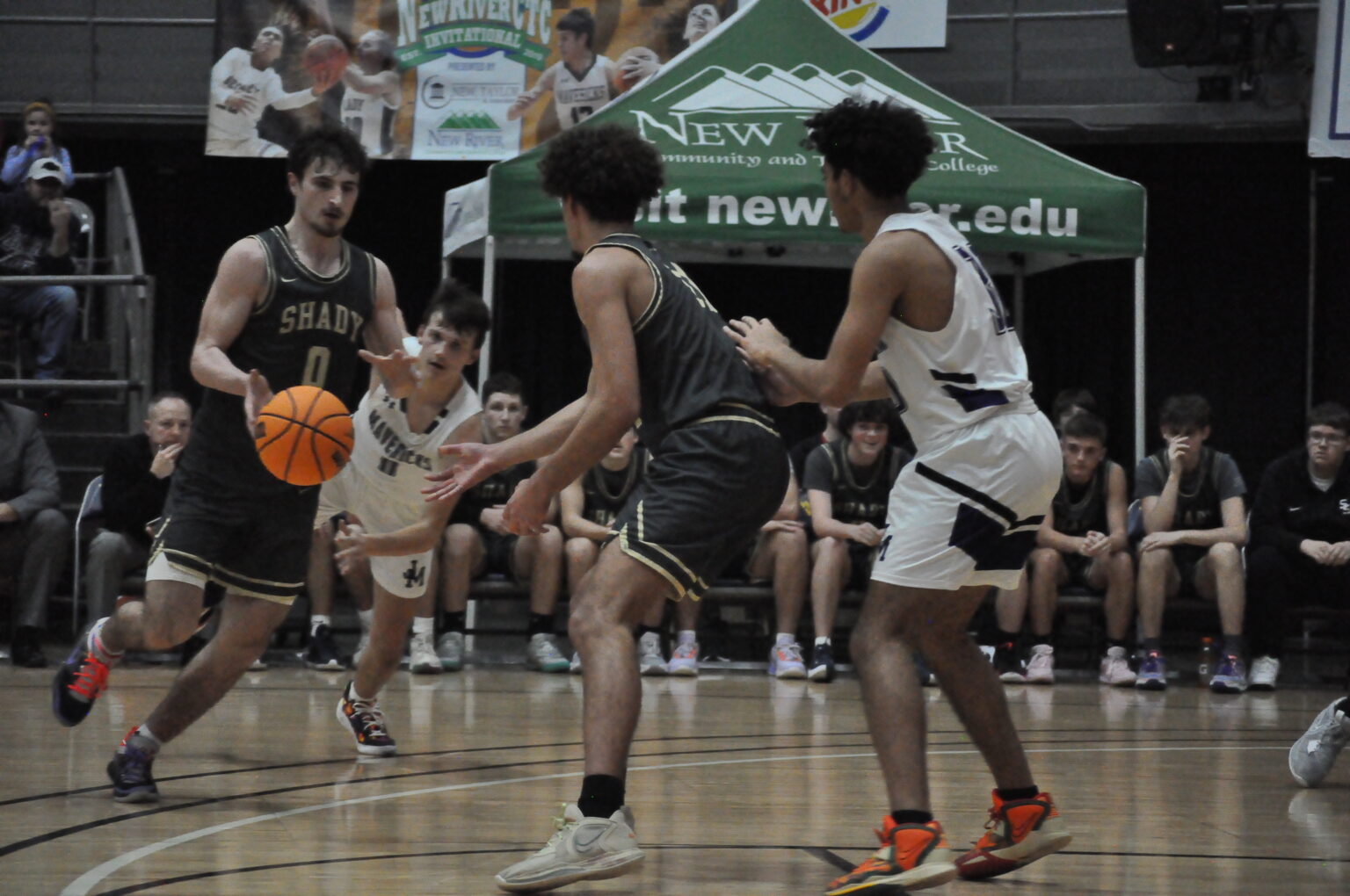 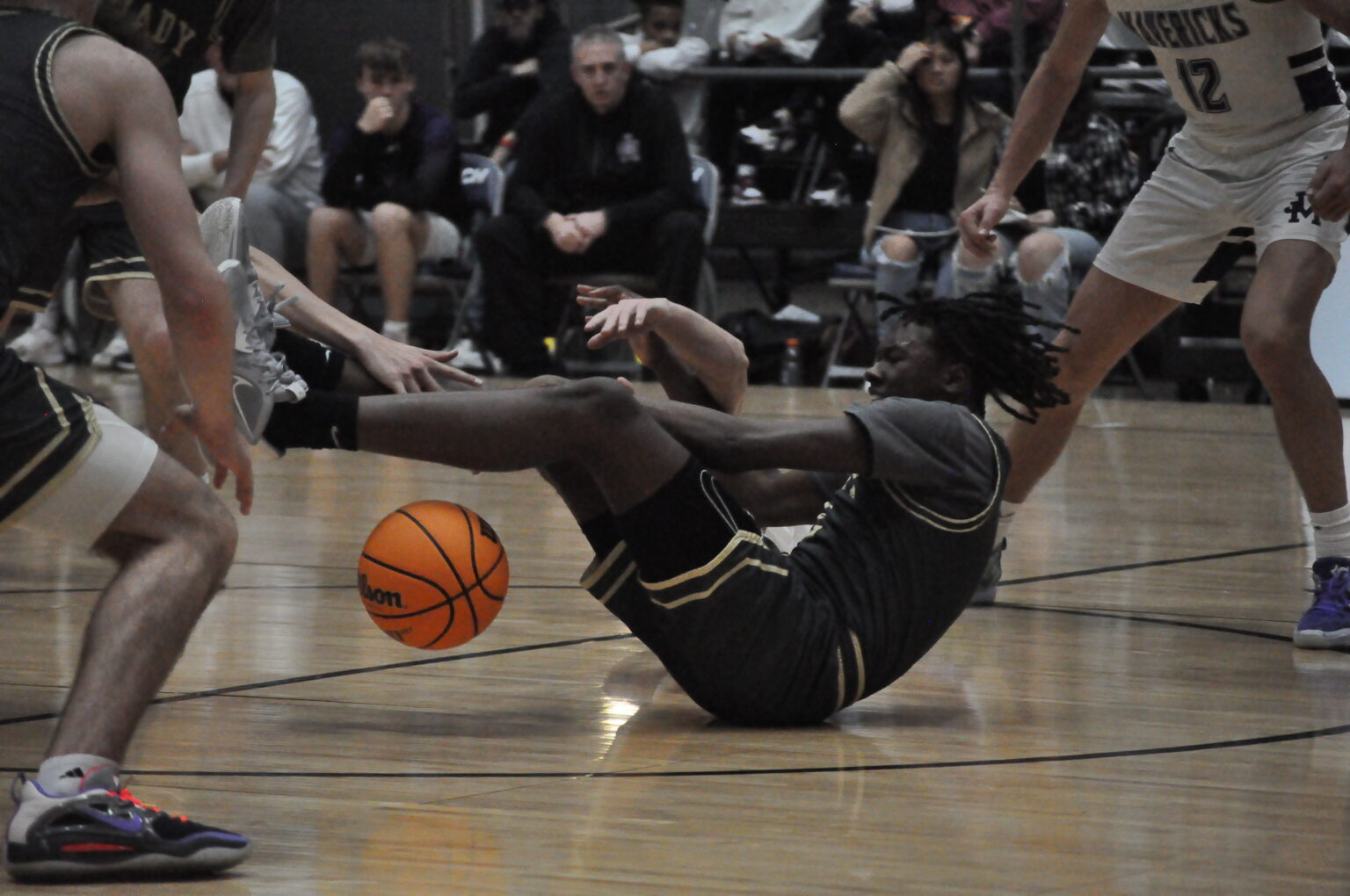 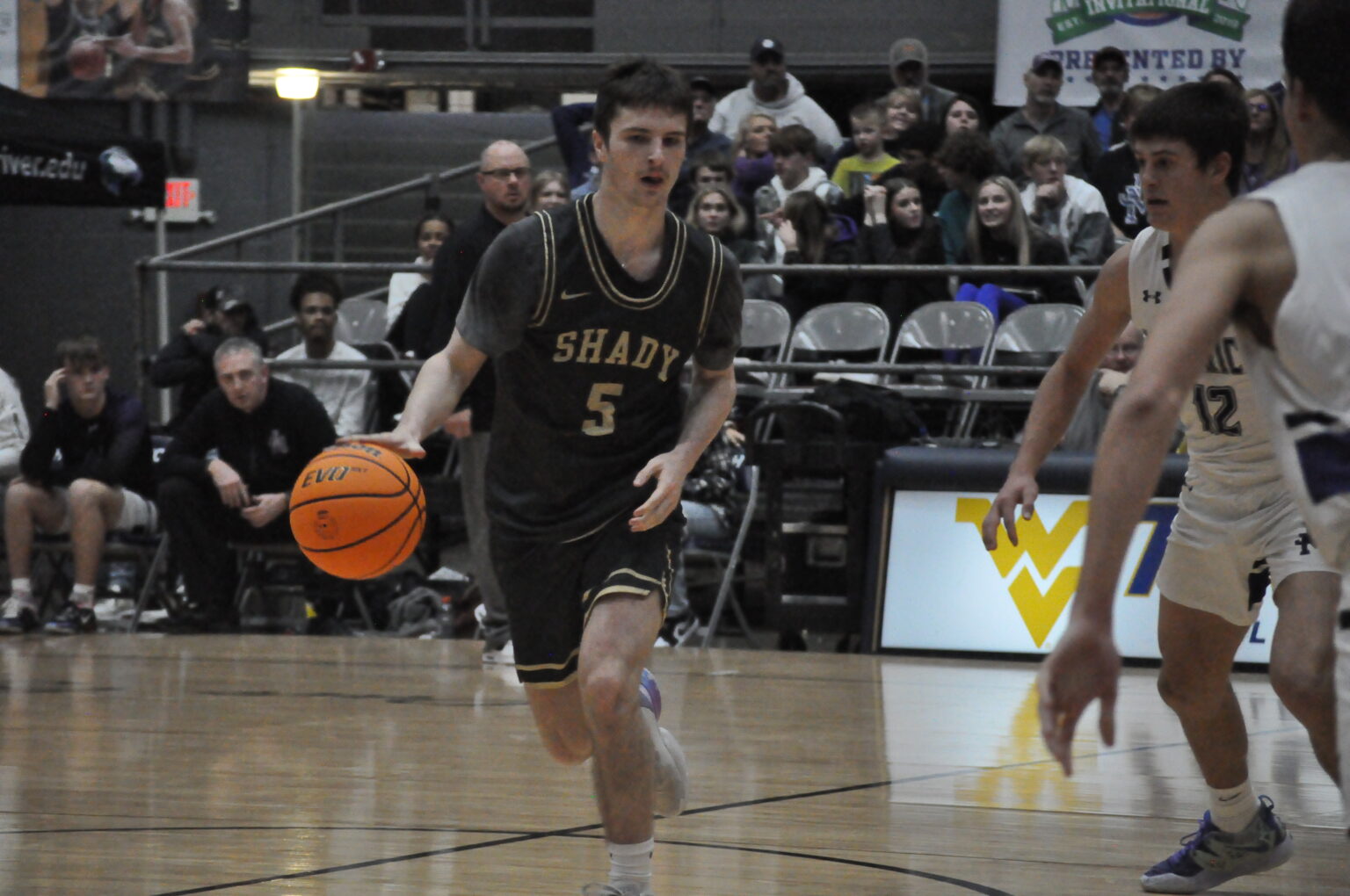 With 1:06 to play in the third quarter of the Tigers’ contest against James Monroe in the New River CTC Invitational, Olson ripped off his sport coat and tossed it in frustration. He was immediately whistled for a technical foul, at which time the Mavericks led 33-29.

James Monroe kept its four-point lead intact entering the fourth quarter before Olson’s team responded in the fashion he was hoping for by outscoring the Mavericks 15-5 over the last 6 minutes, allowing Shady Spring to rally for a 55-52 victory at the Beckley-Raleigh County Convention Center.

“We are truly battle tested and resilient,” Olson said. “They could’ve stopped when I got the technical and I had to calm down myself. Players could blame the refs, but they didn’t. They shut up, played and went after them. That’s going to help us down the stretch.”

Braden Chapman ran off five straight points and tied the game at 45 with his transition layup with 5:10 to play.

After James Monroe (7-2) regained the lead, twin brother Cole Chapman hit a 3-pointer in the corner that ultimately became a four-point play and put the Tigers on top 50-47 with 3:29 remaining.

“We had just run that play twice in a row and we got a layup the one time, but if they’re going to collapse, a wide open three is there,” Olson said. “We kicked it in the corner and he hit it. I told him he’s too good of a shooter to be hesitant.”

Shady Spring (5-3) led the rest of the way, though the Mavericks got to within a point on Eli Allen’s driving layup with 2:05 left.

Braden Chapman answered with a driving bucket of his own, and after Allen’s turnover, Cole Chapman made 2-of-2 free throws to up the Tigers’ advantage to 54-49 with 27 seconds remaining.

The Mavericks, however, weren’t done yet.

Allen made a triple with 8 seconds to play to make it a two-point game, and JMHS got the ball back with a chance to tie after Braden Chapman split two free throws.

Allen penetrated toward the basket and found Layton Dowdy for a quality perimeter look from the corner, but his attempt to tie was off the mark just before the buzzer sounded.

“James Monroe is a good team and they have one of the better players [Allen] in the state,” Olson said. “I told them I would much rather have an ugly win over a beautiful loss. I’m happy where we’re at and proud of those guys.”

It was a tale of two halves for the Tigers, who sputtered offensively for much of the first two quarters.

James Monroe got 13 first-half points from Allen, which was only two fewer than Shady’s entire team managed as the Tigers suffered through 6-for-24 shooting with eight turnovers. The Mavericks also had a significant 20-10 rebounding advantage at the intermission.

“They came out ready to play,” Olson said. “They just kind of dictated tempo early and that was the difference. It’s my fault because we should’ve attempted a little more pressure early and we let them get comfortable. When you let teams get comfortable early, you get down, but 15 points in a half is unacceptable.”

Shady had to battle back on several occasions in the third quarter and was to within 33-29 on a Cameron Manns triple before Olson was assessed the technical.

The Mavericks made 5-of-6 free throws to up their lead to nine, and it was still that margin at 40-31 when Juan Hopkins scored inside. But the Tigers responded with a 7-2 spurt to close the third, getting four free throws and Braden Chapman’s conventional three-point play to enter the fourth trailing 42-38.

“I’m proud,” Olson said, “because they willed themselves in that one.”

SSHS made 12-of-17 field-goal attempts after halftime to finish a respectable 18 for 41.

Allen scored 25 points and needed only 12 field-goal attempts to produce a game-high scoring output, though he also had 10 turnovers.

The Mavericks had a decisive 30-17 rebounding edge, but turned it over 21 times to the Tigers’ 14.