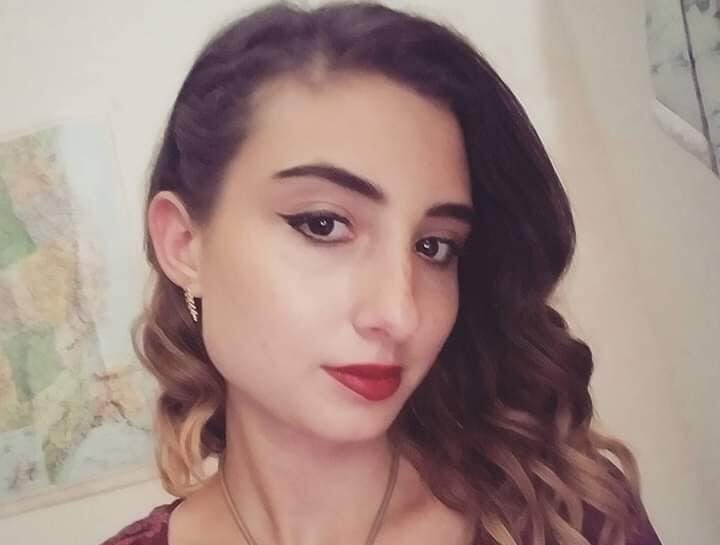 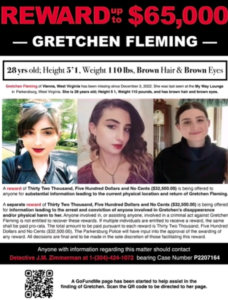 The family of Gretchen Fleming, 28, of Vienna, has upped the reward to $65,000 for information leading to her whereabouts.

Fleming was last seen leaving the My Way Lounge and Restaurant in Parkersburg on Dec. 4, 2022 with an unnamed person of interest. She was reported missing Dec. 12.

Police said half the reward money — $32,500 — is being offered to anyone with substantial information about Fleming’s physical location. The other half of the money will go to anyone with information leading to the arrest and conviction of the person involved in Fleming’s disappearance or physical harm to her.

Parkersburg Police Chief Matthew Board said Fleming’s family told him the additional funds were made possible by Parkersburg businesspeople who care about Fleming.

Meanwhile, police continue to follow up on a number of tips including one that took them to Ravenswood in Jackson County last week.

Police have a person of interest in the case but have not released his name because he has not been charged. A man was seen on video surveillance leaving the My Way Lounge with Fleming. Police said she got into the man’s vehicle — a dark-colored Nissan Rogue with Darth Vader decals on the back windows — but got out before he returned home.

The person of interest has stopped communicating with police, Board said.

Board said officers have also searched the man’s home in recent days.