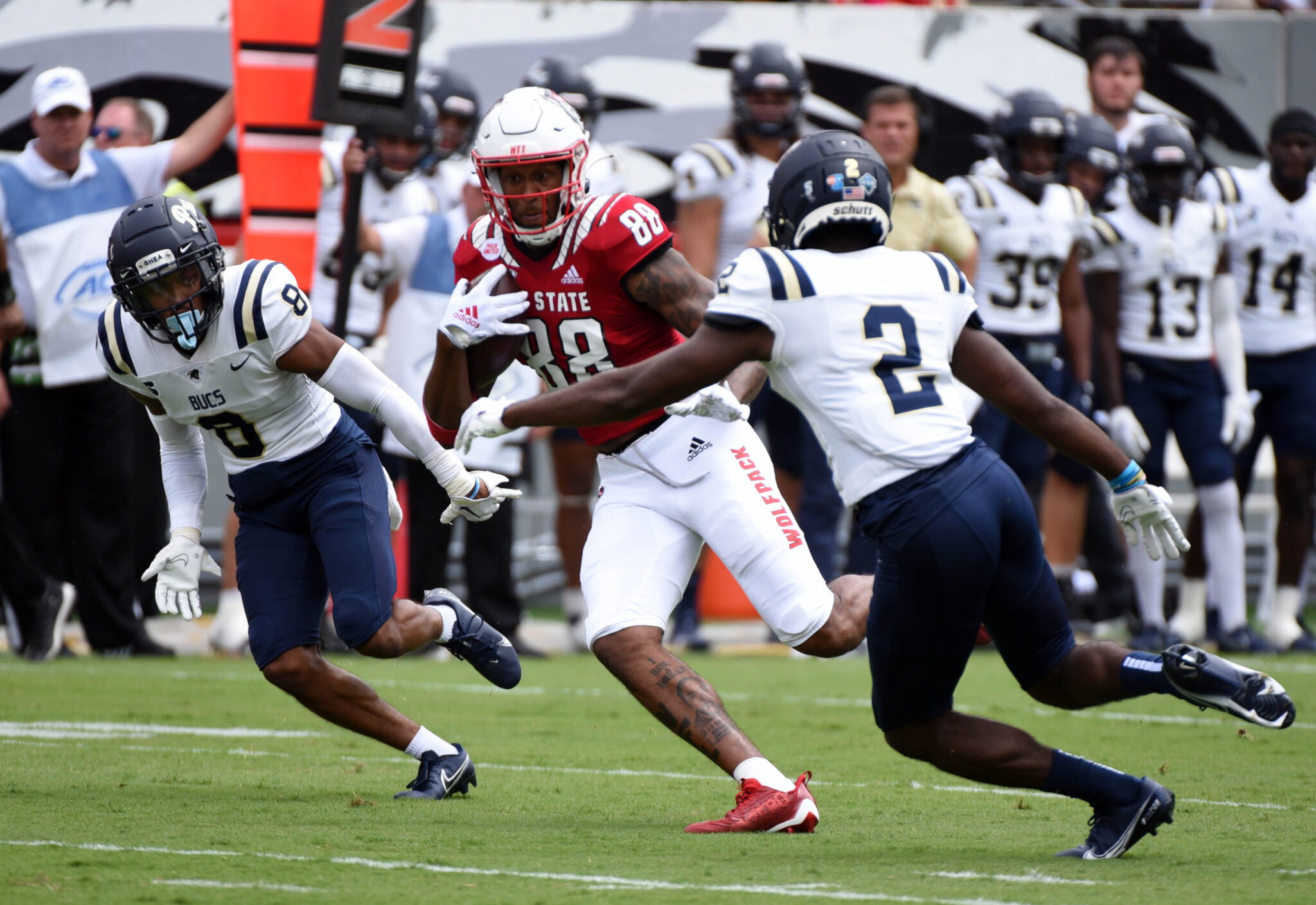 MORGANTOWN, W.Va. — WVU picked up a verbal commitment for a position of obvious need in the 2023 season. Former North Carolina State wide receiver Devin Carter announced on social media Wednesday evening that he will join the Mountaineers.

Carter has played in 49 games over the last five seasons with the Wolfpack. He has reeled in 118 passes for 1,906 yards and ten touchdowns. This past fall, Carter caught 25 passes for 406 yards and two touchdowns while playing in nine games.

Carter is a native of Clayton, N.C. and he has one season of eligibility remaining.

The Mountaineers lost their top four receivers from this past season. Kaden Prather and Reese Smith have transferred out and Bryce Ford-Wheaton and Sam James are bound for the professional ranks.

WVU Sports
Desperation setting in for Mountaineers with plenty at stake Saturday against Oklahoma
West Virginia and the Sooners are both considered to be squarely on the bubble for the NCAA Tournament. The outcome of Saturday night's game at the WVU Coliseum could go a long way toward determining which team has the upper hand as it pertains to their postseason prospects.
By Greg Carey
WVU Sports
Jeff Hostetler, Mike Carey entering West Virginia Sports Hall of Fame in May
After a strong career at West Virginia, Hostetler went on to serve as quarterback for a Super Bowl-winning team. Carey enjoyed a wealth of success coaching Salem's men's basketball at Salem before turning around WVU's women's program.
By MetroNews
WVU Sports
3 Guys Before The Game - Frog Kicked & Oklahoma Preview (Episode 439)
WVU faces an important test Saturday night when Oklahoma visits the Coliseum.
By MetroNews Staff
WVU Sports
Mountaineers unable to muster enough offense in 69-56 loss to No. 24 Texas
West Virginia got quality play from its bench, but struggled to make free throws and 3-pointers, while the Longhorns had a major edge on the offensive glass.
By Greg Carey