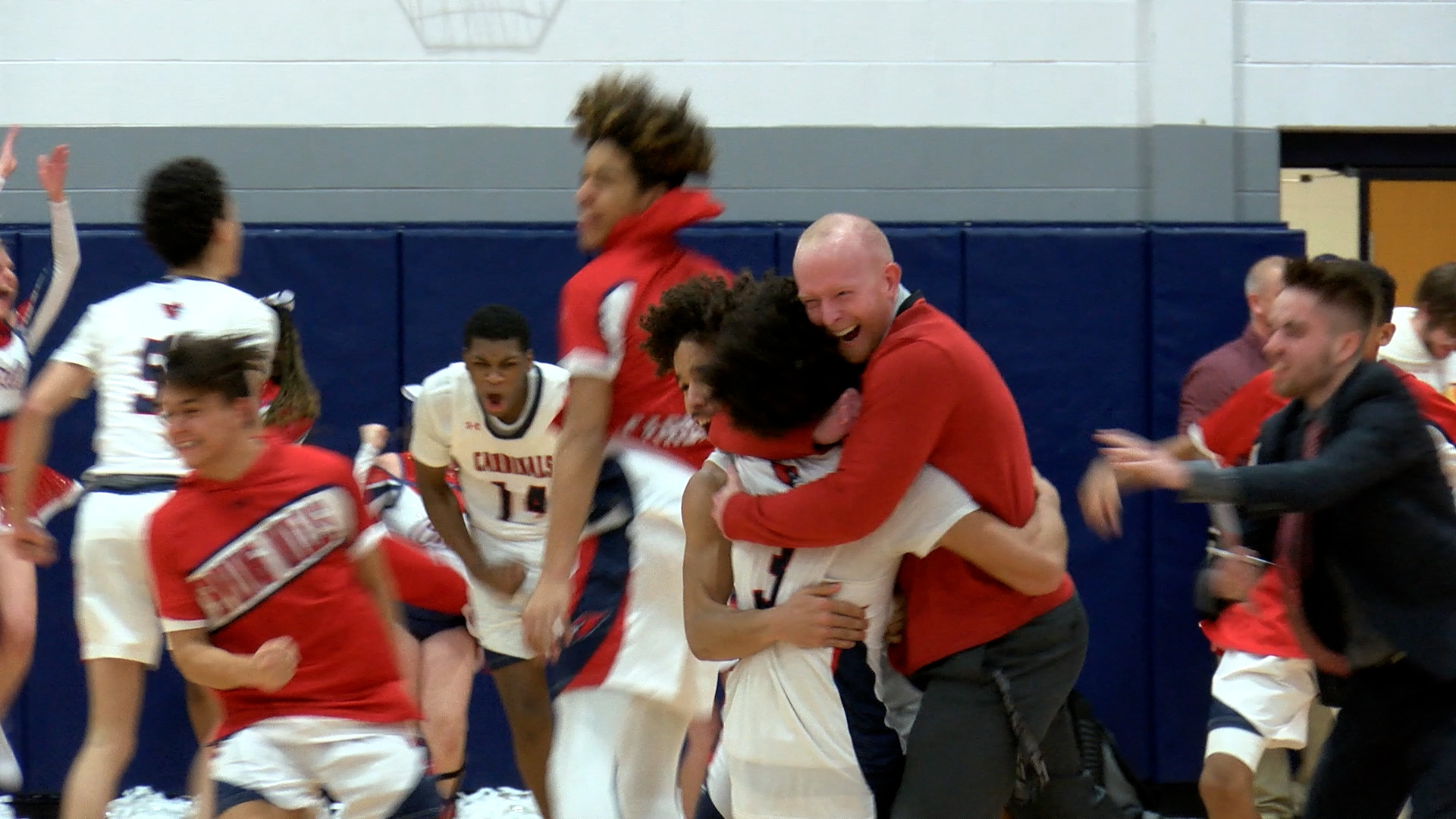 MARTINSBURG, W.Va. — Spring Mills played solid defense and ran efficient offense for 25 minutes to build a 14-point lead on their sectional rivals from Hedgesville. The Cardinals had to sweat out the final seven minutes, but they prevailed in a key Eastern Panhandle Athletic Conference contest, 46-40.

SMHS (10-2) led 37-23 after scoring on their first possession of the fourth quarter. Hedgesville nearly erased the entire deficit, trimming the margin to two points with 1:20 left. However, the Cardinals scored the final four points and came up with key defensive stops down the stretch to preserve the victory.

“This team never blinks. Toughness, the weight room, all the stuff we do in the offseason, all the hard practices. These guys are winners and they proved it again tonight,” said Spring Mills head coach Luke Samples.

The Cardinals built their sizable lead by closing the first and third quarters on lengthy runs. Spring Mills scored the final seven points of the opening frame to take a 15-9 lead. That lead swelled to 26-17 at halftime. In the third quarter, Spring Mills used a 9-0 burst to take a 35-23 lead. The Eagles were held to single-digit point totals in each of the first three quarters.

“I trusted in our guys to go out and guard. Man-to-man defense is what we’ve built ourselves on and what we pride ourselves on,” Samples said.

“Our mindset doesn’t change. We are winners and we are going to win this game. We believe we can win every game. We were the better team tonight.”

Persistent full court pressure allowed the Eagles to spark the rally. Spring Mills took the court without starting point guard Keshaun Cheek. Samples said Cheek will not be with the team “for the foreseeable future”.

“We didn’t think Hedgesville was going to press us. But we will get back to the lab and work on press breakers.”

Leading by a basket with 30 seconds left, sophomore DJ Boardley connected on a pair of free throws to double the Cardinal lead to four points at 44-40.

“He is one of our best shooters. And he hit them.”

Spring Mills forced a turnover and a runout basket by Jalen Franklin at the buzzer capped the game.

Sports
Schramm scores 41 points as Williamstown stays perfect with win over Greenbrier West
By Joe Brocato
Sports
Williamstown surges late to defeat Charleston Catholic, 47-37
By Joe Brocato
Sports
Morgantown closes strong to defeat Wheeling Park for third time, 59-45
The Mohigans held the Patriots without a field goal in the fourth quarter for 7-plus minutes, pulling away down the stretch in an OVAC semifinal.
By Greg Carey
Sports
Huntington erases 15-point deficit to defeat PSHS, 54-50 in OT
By Joe Brocato
Talkline with Hoppy Kercheval