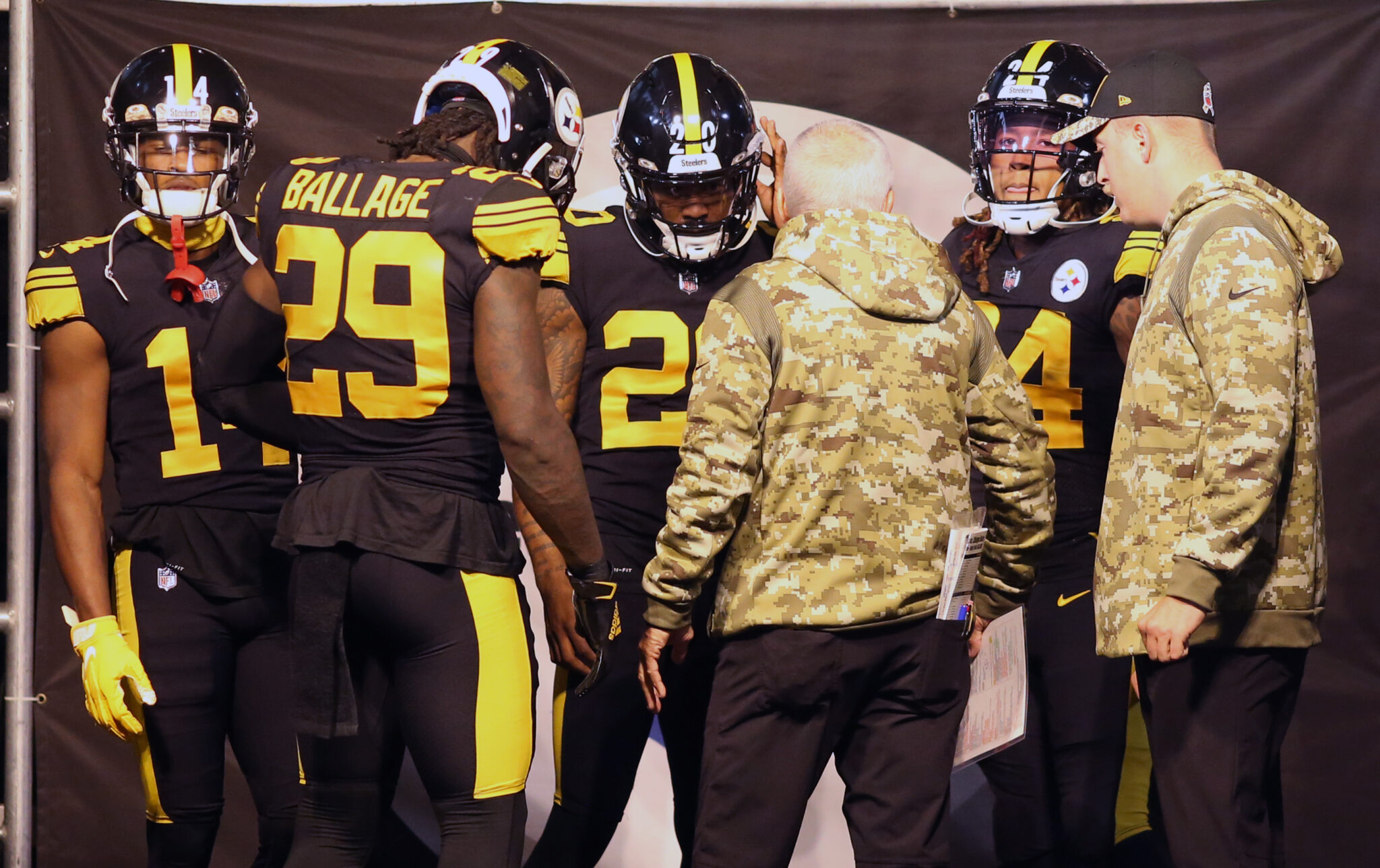 MORGANTOWN, W.Va. — Blaine Stewart grew up in the WVU football program and attended his first game at Mountaineer Field in 2000. A decade after graduating from Morgantown High School, the son of former West Virginia head coach Bill Stewart is back in the Milan Puskar Center as WVU’s new tight ends coach. His hiring completes Neal Brown’s 2023 coaching staff.

Hours after his appointment became official on Friday morning, Stewart was making the rounds and meeting his players.

“It has been a whirlwind, just in terms of things to get done. I jumped on a moving train. We have a “Junior Day” [Saturday] that I am really excited about. I met all the tight ends [Friday] and I met a lot of guys on the offense,” Stewart said.

Since wrapping up his playing career at James Madison and at the University of Charleston, Stewart has worked in various roles on the coaching staff with the Pittsburgh Steelers. His boss, Mike Tomlin, hopes to see some WVU tight ends make their way north up I-79.

“When I brought it to him, he was ecstatic. We had a great time working together. I learned a lot and we really did have a great relationship. He said, ‘The football is the football’. He felt good about my training with the football side of things. He said that he was so excited for me to have the ability to go recruit and develop these tight ends. He said, ‘Man, I am going to be watching your tape now because (the NFL gets all our tape) and he said, I better see some hot stuff on tape’.

What has been going through Blaine Stewart’s head as he becomes the new @WVUFootball tight ends coach? Why make the move to come to WVU? He joins @TonyCaridi and @HunterWvu88bgn. #WVU WATCH: https://t.co/yCFQ3nDJuy pic.twitter.com/fRoD7Z9Zap

“I am excited to use that experience to get guys a framework for how they can achieve their goals, whether that would be professional football or just being the best college player they can be. The relationships I formed in the NFL were great. I look forward to get them to the league or giving them a nugget from a guy who has gone the long and hard way in the league and show them it doesn’t always have to be Point A to Point B.”

In the first three games of the 2023 season, the Mountaineers will face teams with alumni currently on the Steelers’ roster.

I’ve literally known Blaine since he was a child.. His dad, a legend,was my coach at WVU..

The facility was a 2nd home for Blaine when he was growing up… now he has his own room there.

This is really cool.

I’m so incredibly proud of you my brother.

Neal Brown indicated last month that the offense may ‘evolve’ and perhaps the tight ends could have an expanded role.

“The biggest thing personally is that I wanted the opportunity to be a part of leading a position group. The opportunity came about with the tight ends, which is an integral part of the offense. I am really excited about both the run and the pass games.

“They’ve already had college experience, whether that be Treylan Davis or Kole Taylor coming in from LSU. Those type of guys really made this thing enticing. The tight ends as a whole, we talked about trying to expand the room in general. I am excited about that and finding a niche and using everyone’s different skill sets to better the offense as a whole, whether that be in the pass game or the run game.”

Stewart’s mother, Karen, still resides in Morgantown but she wasn’t able to greet Blaine when he returned to town Friday.

“I have to give her a hard time though because she is in Florida. She left me hanging. We have had a lot of FaceTime. She is in Florida with my Godmother who lives in Parkersburg. They got away from this cold for a couple weeks. I don’t blame her for getting out of the cold a little bit. But it will be nice when she is back in Morgantown.”

WVU Sports
3 Guys Before The Game - Texas Recap - Texas Tech Preview (Episode 436)
The Mountaineers search for positive results in an important week.
By MetroNews Staff
Sports
As Johnson transitions quickly, Huggins hopeful new assistant can enhance recruiting around nation's capital
DerMarr Johnson is learning quickly during a midseason transition from Cincinnati to West Virginia. A native of basketball-crazed Prince George's County in Maryland, Johnson's ties could be beneficial to the Mountaineers toward their recruiting efforts in an area where Bob Huggins says they haven't done a good enough job landing players from in his tenure.
By Greg Carey
Sports
Photo gallery: Morgantown defeats Martinsburg, 97-59
By MetroNews Staff
Sports
Frustration mounts for Mountaineers following latest setback
West Virginia fell to 1-6 in the Big 12 with Saturday's home loss to Texas and frustration from the Mountaineers was evident afterward.
By Greg Carey