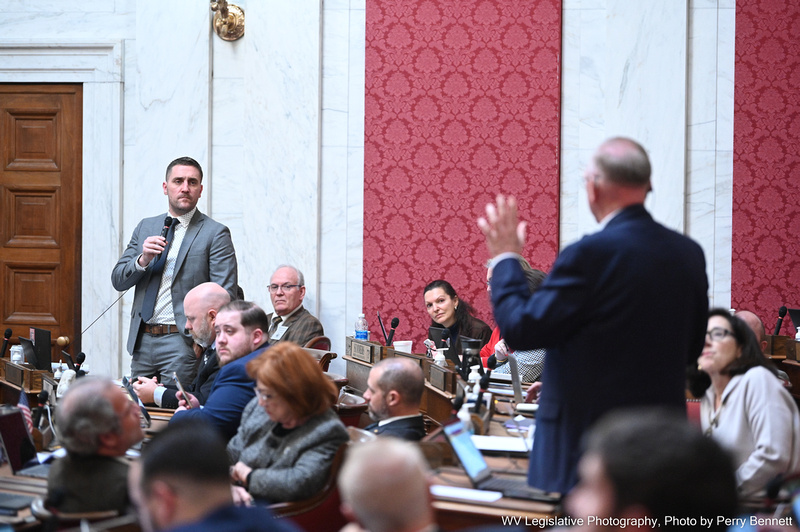 Delegates passed a bill meant to place time limits on the governor’s emergency powers, but some lawmakers argued that it doesn’t go far enough.

Debate focused not only on the possibility of future responses to emergencies like fires and floods, but also on the governor’s use of the broad powers over more than two years of the covid pandemic to issue stay-home orders, close businesses and allow them to open again, influence when schools would be closed and enforce face covering directives.

“I literally campaigned against the Republican establishment and the Democratic establishment to get back here so my constituents could have some representation.”

There are major differences now with the bill compared to how it originally passed the Senate. The Senate version would allow the governor to continue a state of emergency simply by notifying the Legislature in writing.

As passed by the House, a declared state of emergency would last no longer than 60 days unless the Legislature would extend it through a concurrent resolution. So lawmakers would have to take direct action for any emergency declaration to be extended.

There was long, long discussion prompted by amendments like one sponsored by Butler that would have inserted language into the section of state code outlining emergency powers to say “that an individual may not be deprived of life, liberty, property or the right of self determination.” Delegates voted down the proposed amendment.

Another proposal would have reduced the emergency declaration to just 30 days before requiring legislative approval for an extension. That was voted down too.

Delegate Pat McGeehan, vice chairman of the Government Organization Committee, defended the House bill by saying the 60 day period seemed about right to assess the true extent of an emergency and whether a declaration would need to be continued.

“When we weigh the facts on the ground we can limit the powers in a much more precise and measured manner,” said McGeehan, R-Hancock.

McGeehan said the bill is based on governmental process and shouldn’t be taken personally by the state’s chief executive.

“It has to do with certain ideas. The idea is that we, going forward, cannot abide by something that is rather antithetical to the American tradition and that is, to simplify it, one-man rule in perpetuity.”

The emergency declaration that Gov. Jim Justice established in 2020 over the covid-19 pandemic lasted until he finally proclaimed it would end at the beginning of this year.

Justice today said he would not take the legislation personally. “If the motivation is to hit at me — and I do not think that — but if that be the case, for crying out loud I can handle every bit of that,” he said.

But he said governors do need flexibility to respond to emergencies in a vigorous manner.

“The only thing we should do is beware of the fact that as we go forward we should not stub our toe and handcuff a governor to where if a governor’s got to move in an emergency and he doesn’t we could have bad, bad, bad outcomes,” Justice said in a briefing.

He added, “What would we have done if we didn’t have a governor who could move and think and push the right buttons at the right time and covid had hit?”

News
Fayette County sheriff: Military graves vandalized
Investigation is underway.
By MetroNews Staff
News
Justice administration announces changes meant to bolster social services workers
The highlight is a 20 percent raise for starting child protective services, adult protective services and youth services workers.
By Brad McElhinny
News
Long talked about water project will move ahead in Barbour County
A grant from the W.Va. Water Development Authority will be the catalyst for construction of an 80 acre lake in the Union community of Barbour County to serve as a backup water source for Philippi and the surrounding area.
By Chris Lawrence
News
Morgantown shooting possibly connected to online sale of property
WVU issued a campus alert late Monday night.
By Mike Nolting