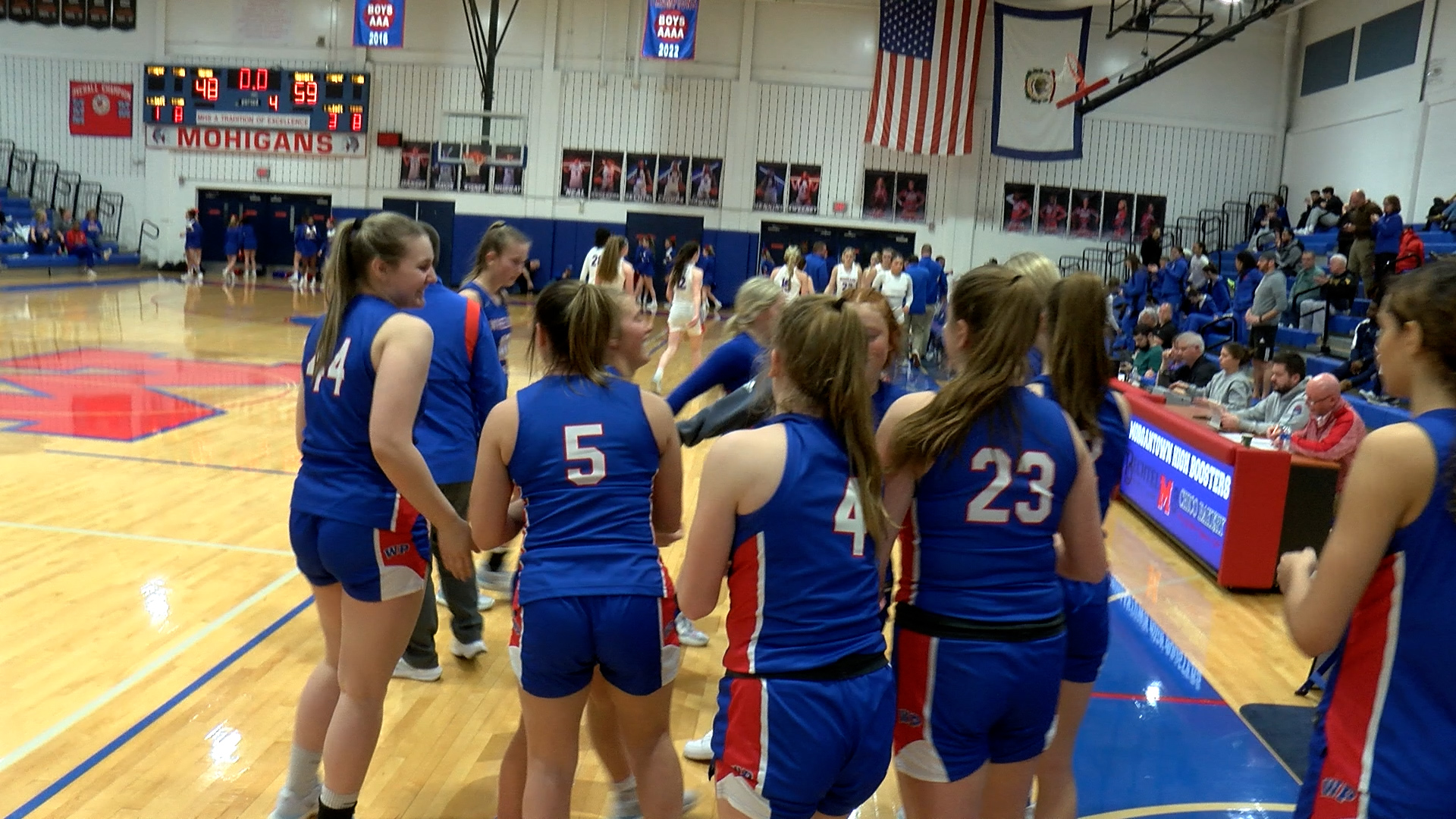 MORGANTOWN, W.Va. — Wheeling Park collected their 14th win by double digits Tuesday evening and a second against their top regional rival in Morgantown. The Patriots (15-1) swept the regular season series from the Mohigans, 59-48.

“Anytime you come here, it is a tough place to play. This is a very good basketball team. Our kids are growing as the season goes on and I know our ceiling is higher than what we are at right now. I’m excited about where we can get to,” said Wheeling Park head coach Ryan Young.

Wheeling Park built their winning margin in the second quarter. Leading 8-6 entering the second frame, the Patriots outscored the Mohigans 23-14 to build a 31-20 halftime lead.

A 9-0 run early in the third quarter extended Wheeling Park’s lead to a game-high 18 points at 40-22. Morgantown countered with a 7-0 burst but the Patriots maintained a 47-36 edge entering the fourth quarter. A mid-range jumper from Lily Jordan brought MHS within nine points on their opening possession. But Wheeling Park kept the Mohigans from drawing any closer the rest of the way.

In two wins over Morgantown, Wheeling Park has yielded just 92 points. WPHS defeated the Mohigans 63-44 on December 20th in Wheeling.

“It is hard for us to be in the right position all the time. But for the most part, I think we did that all night.”

“Seneca was the difference maker tonight. I don’t think there’s any doubt about it. Teams don’t realize she can shoot from the outside. She passed one up and I told her to take that shot the next time down. And she hit the three. She is just so scrappy. She rebounds the ball and she is a great defender.”

Jordan and Lindsay Bechtel paced the Mohigans (12-4) with 12 points apiece.

Wheeling Park is the No. 1 seed in the Ohio Valley Athletic Conference Tournament and the Mohigans are No. 2. The Patriots will host Warren, Ohio in Monday’s semifinal while the Mohigans will host Marietta, Ohio.

“There’s a good chance that if we play well on Monday, we are going to see them in the OVAC Championship,” said Morgantown head coach Doug Goodwin. “We have to get turned around, refocused and dedicated to what we are doing.”

“This was big for us to get home court advantage in the sectional,” Young said. “If we would happen to advance to the finals, we want to play that game on our home court. We had to come down here last year and do that, which put us back on the road for the regional. I think we kind of flipped the table there and hopefully we can take care of business if it comes to that.”