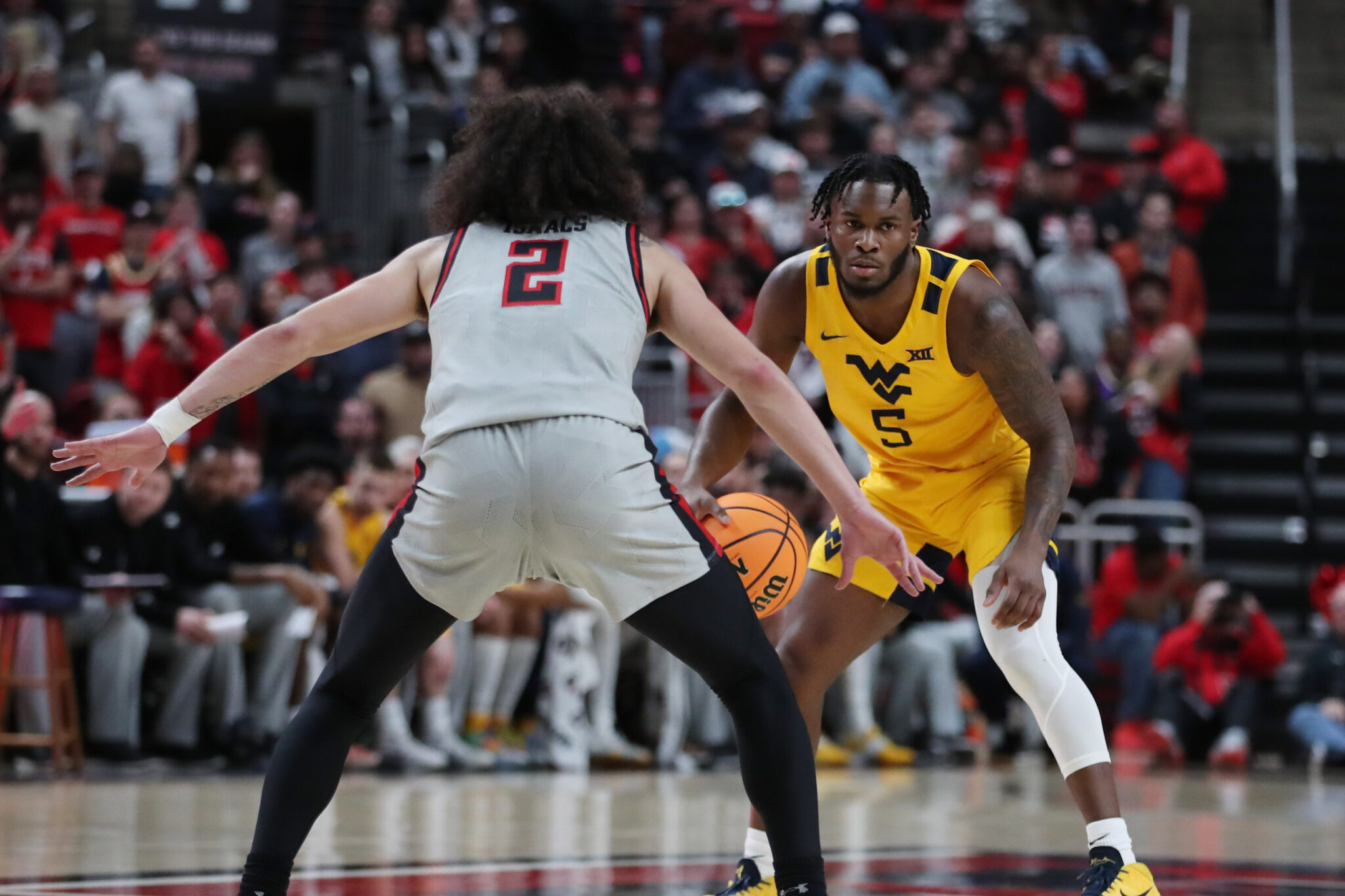 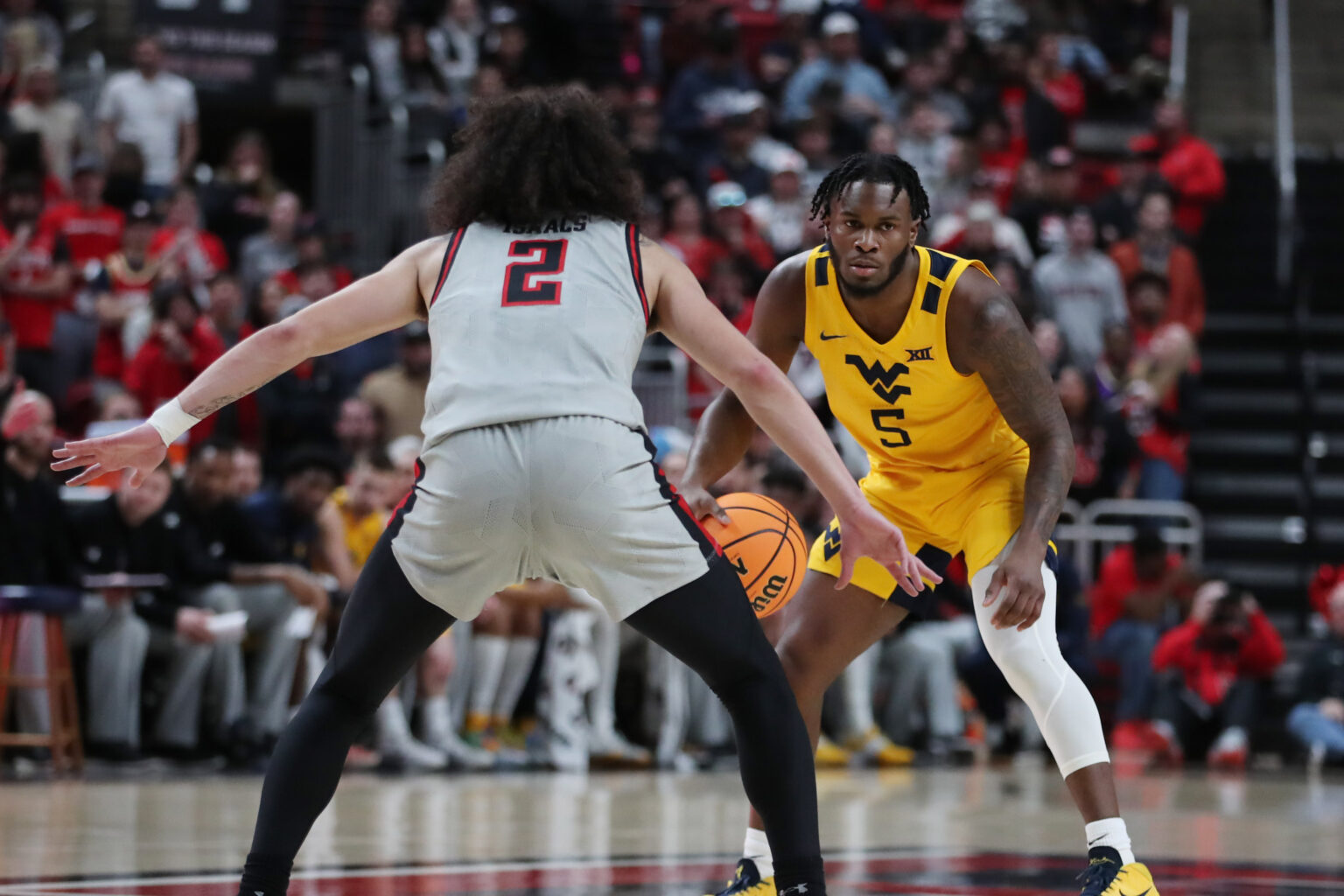 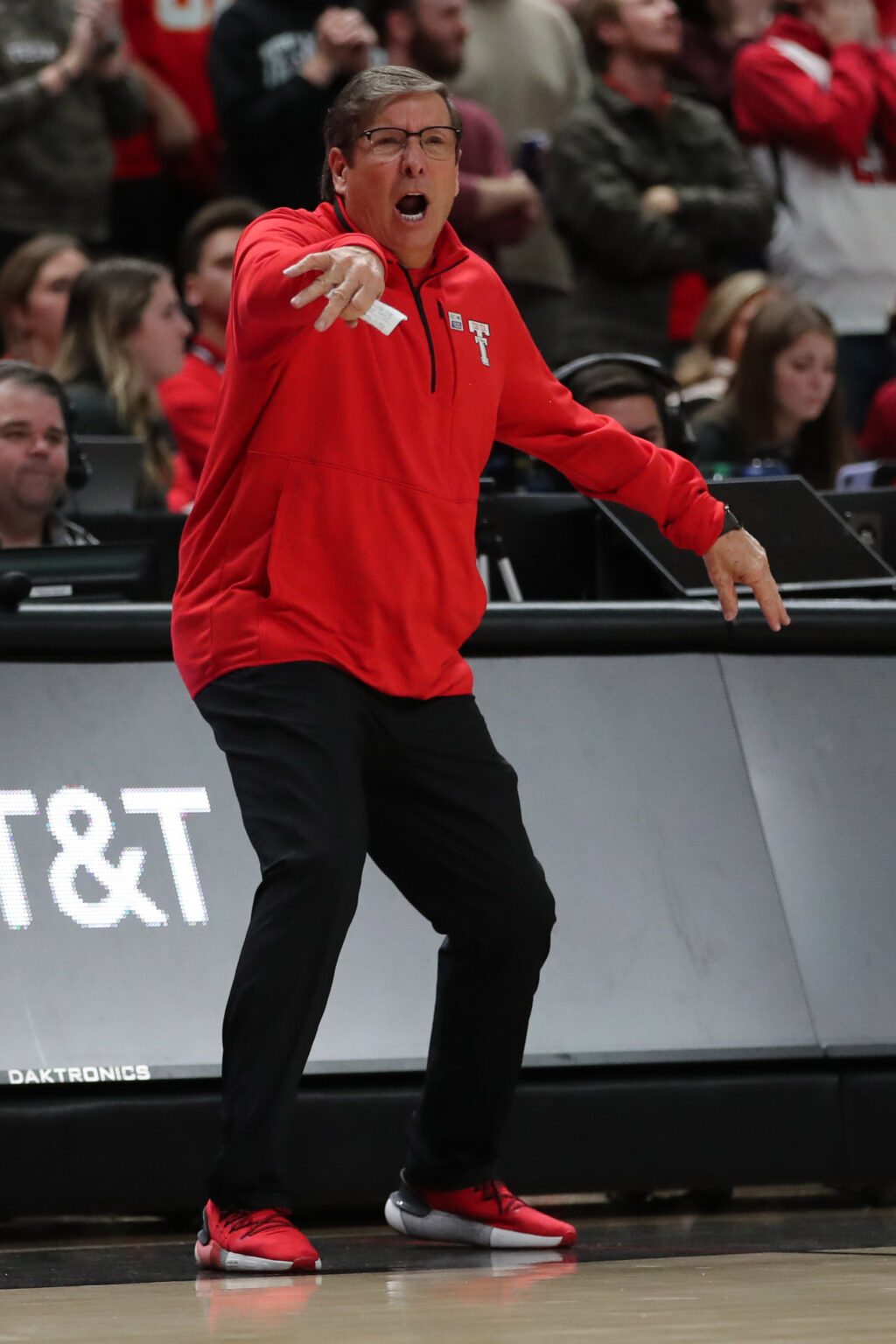 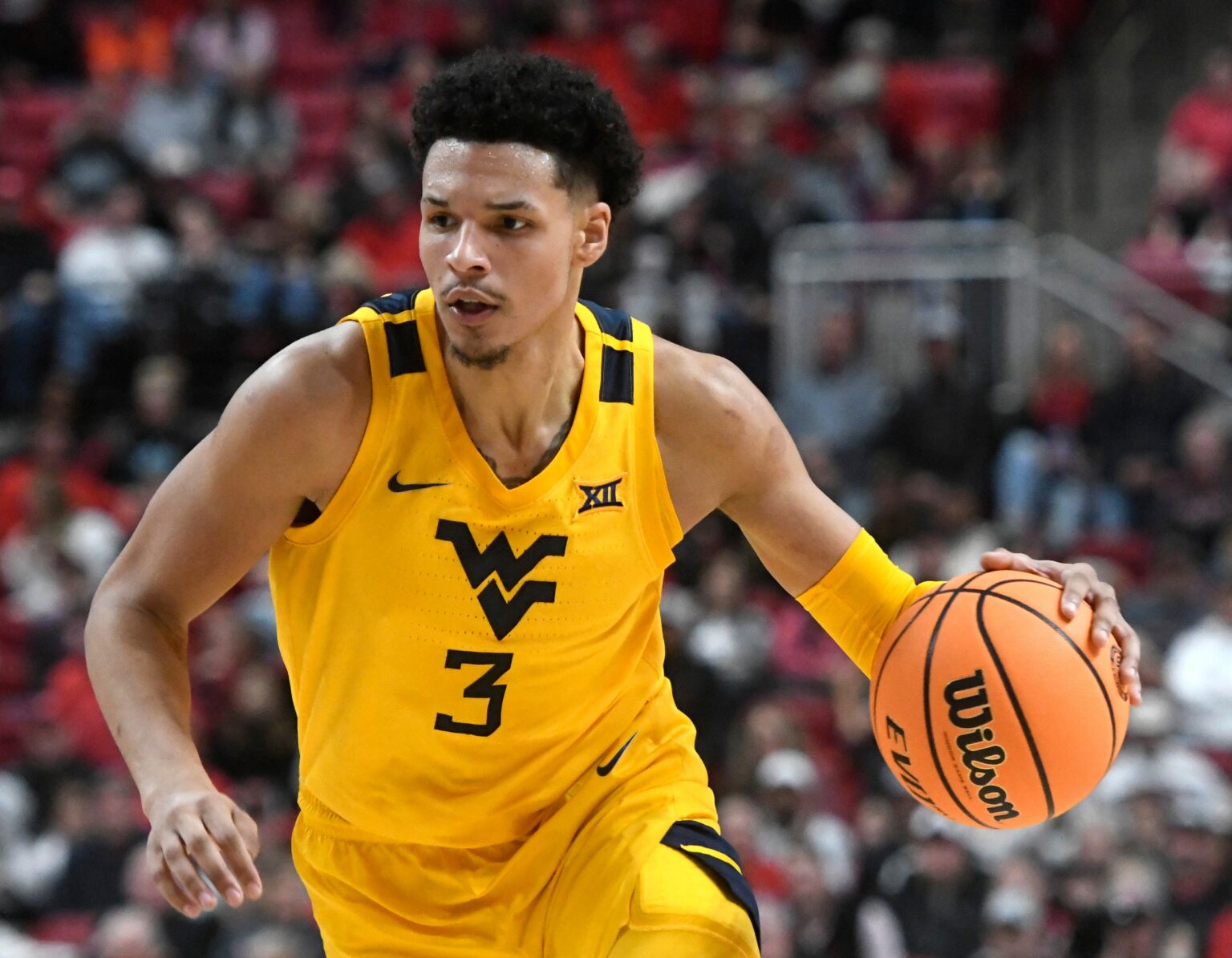 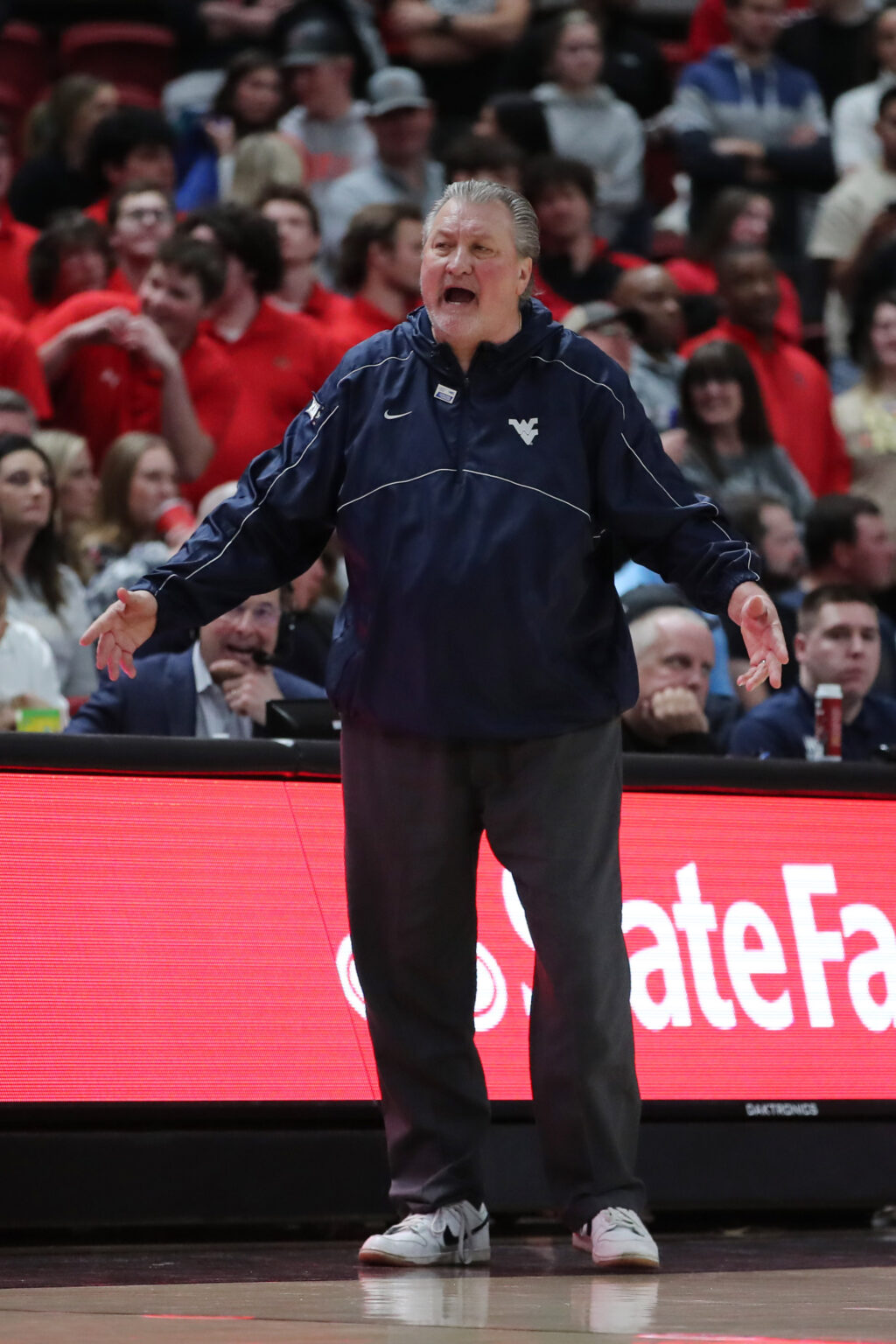 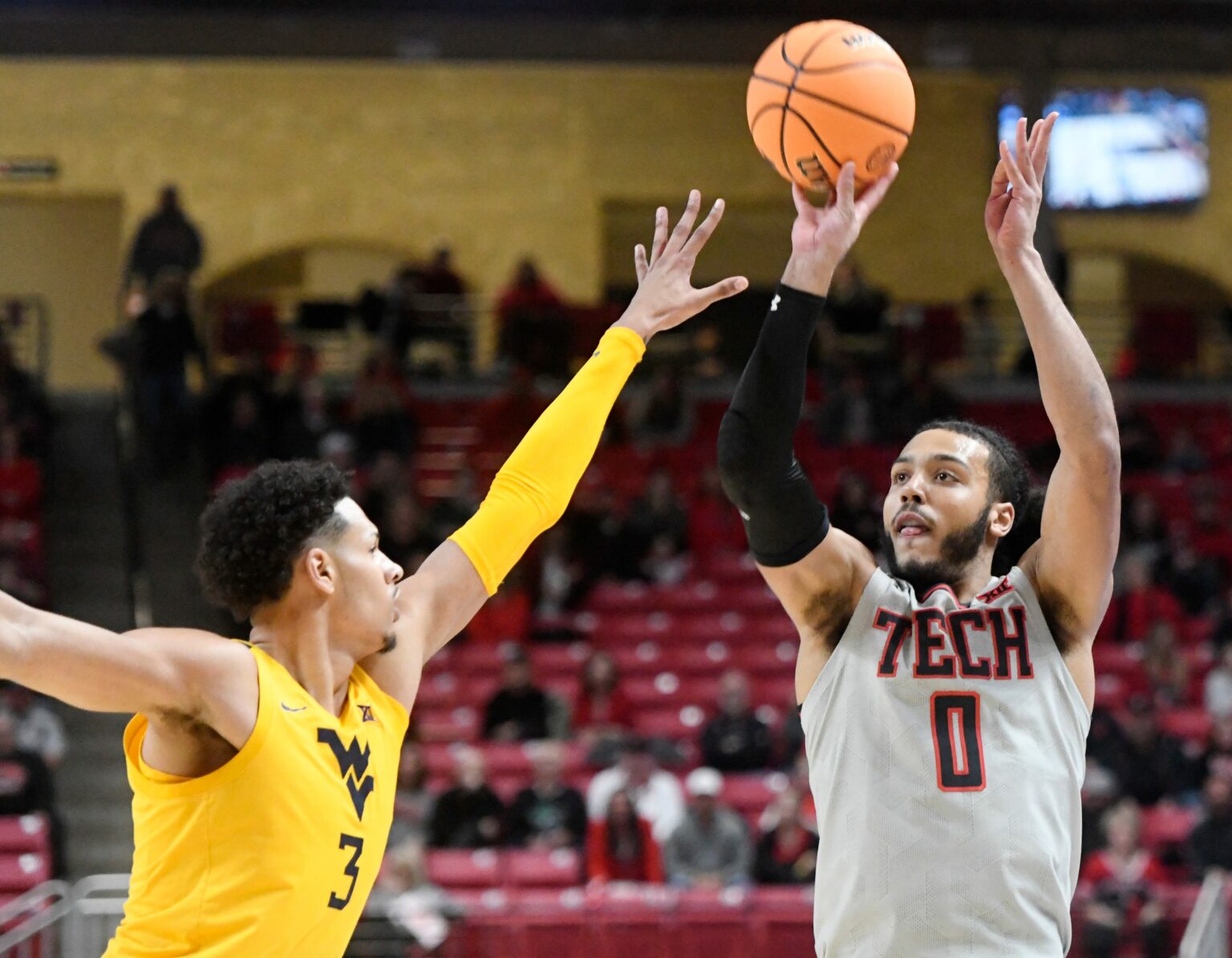 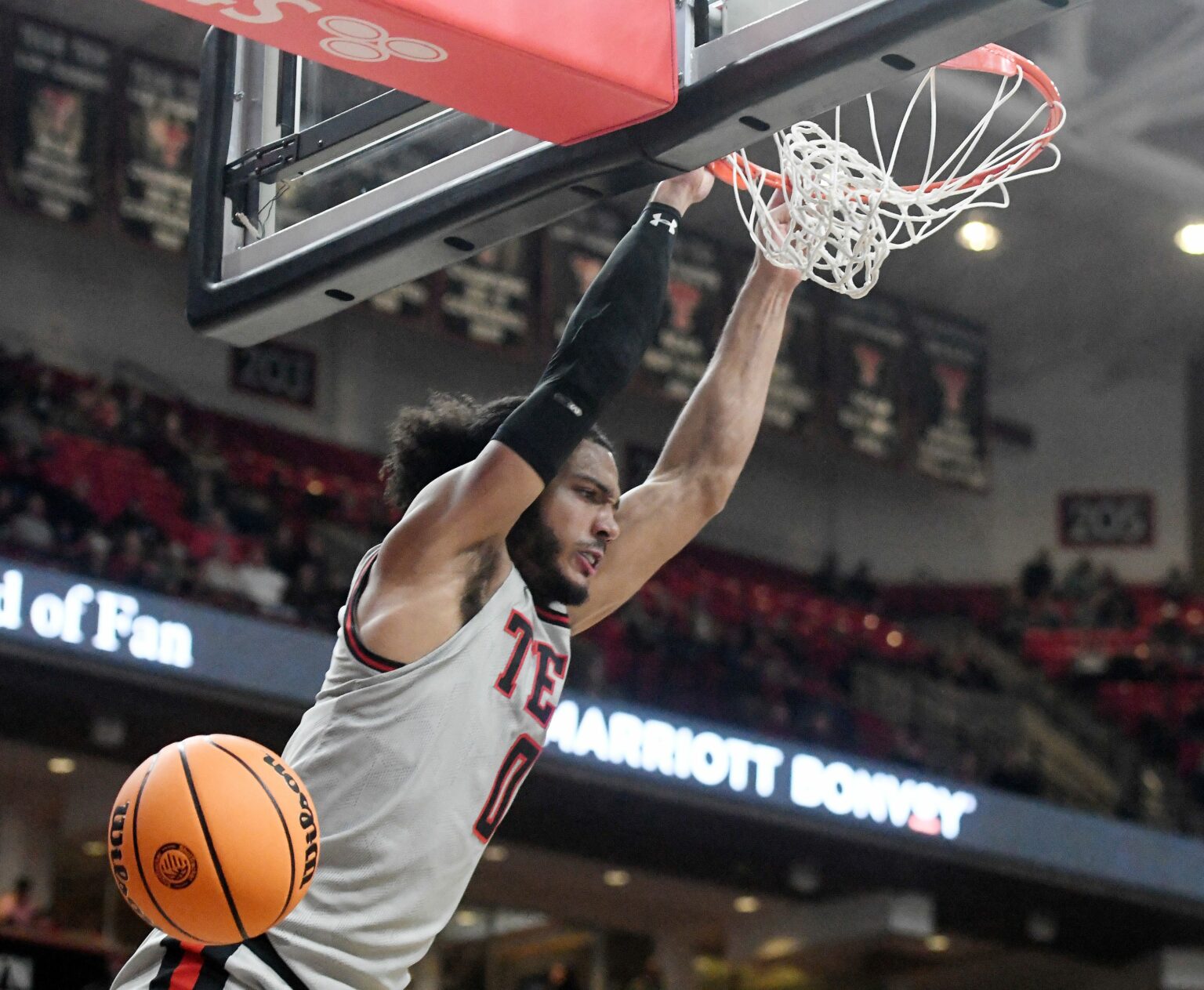 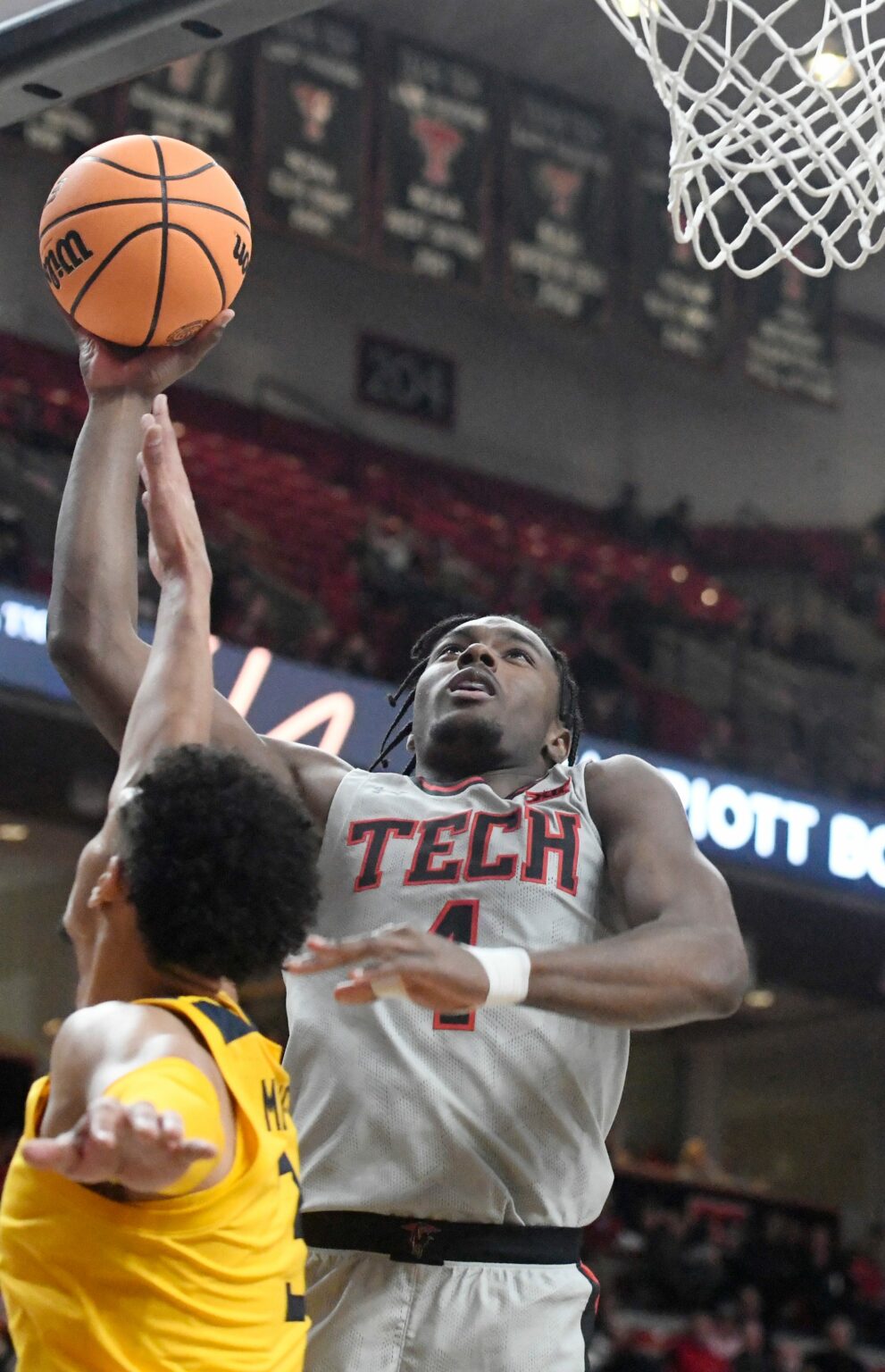 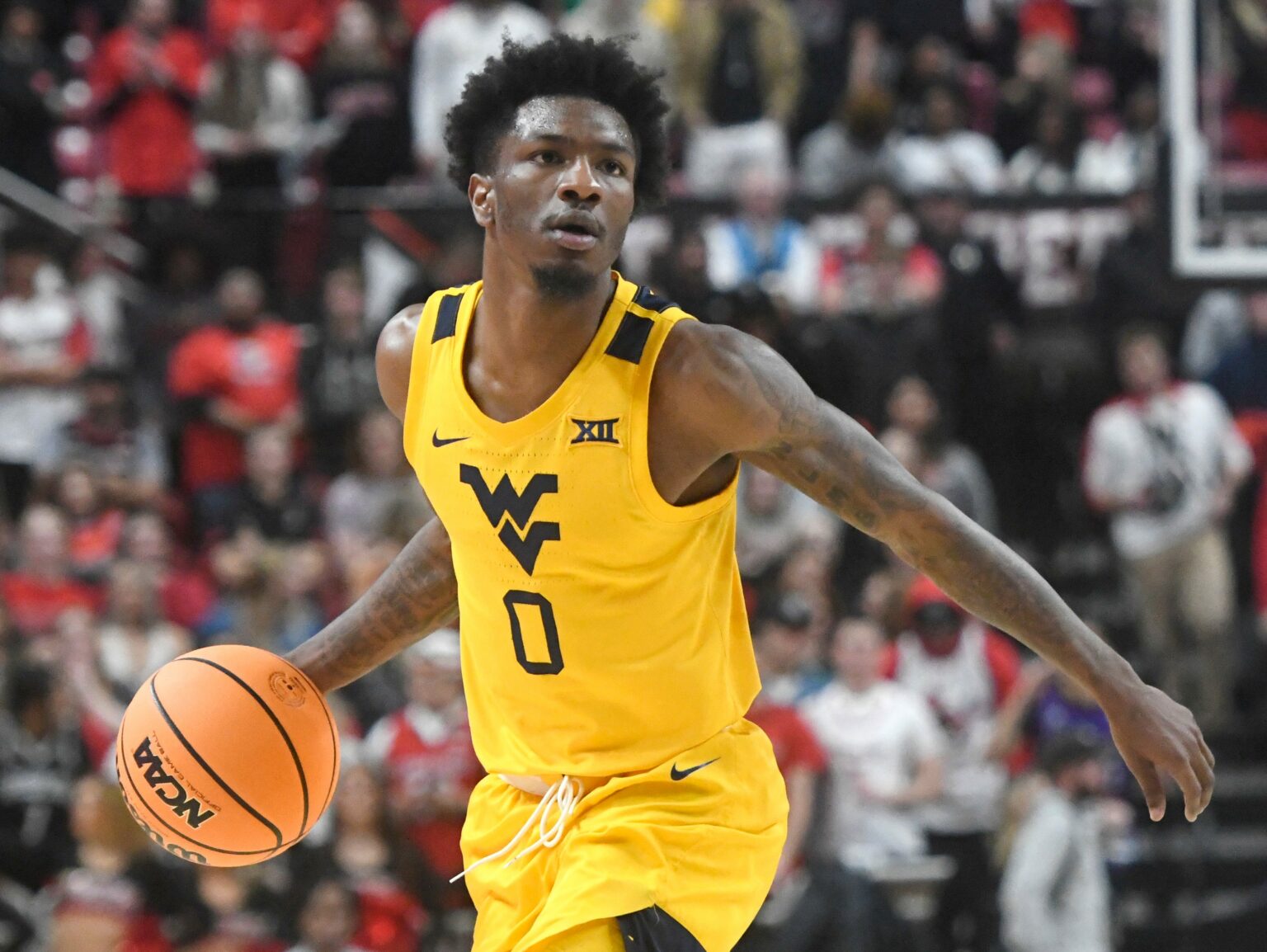 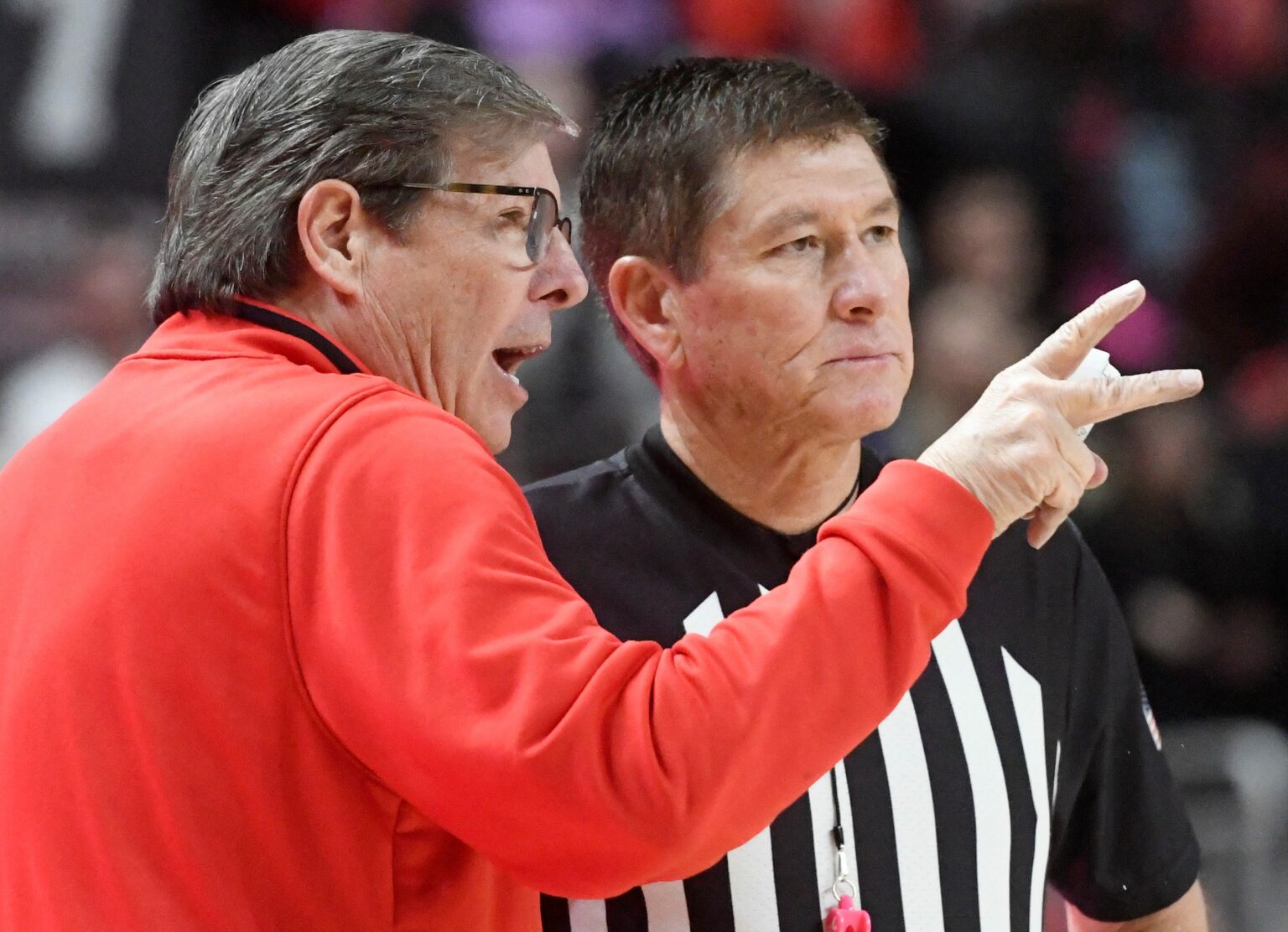 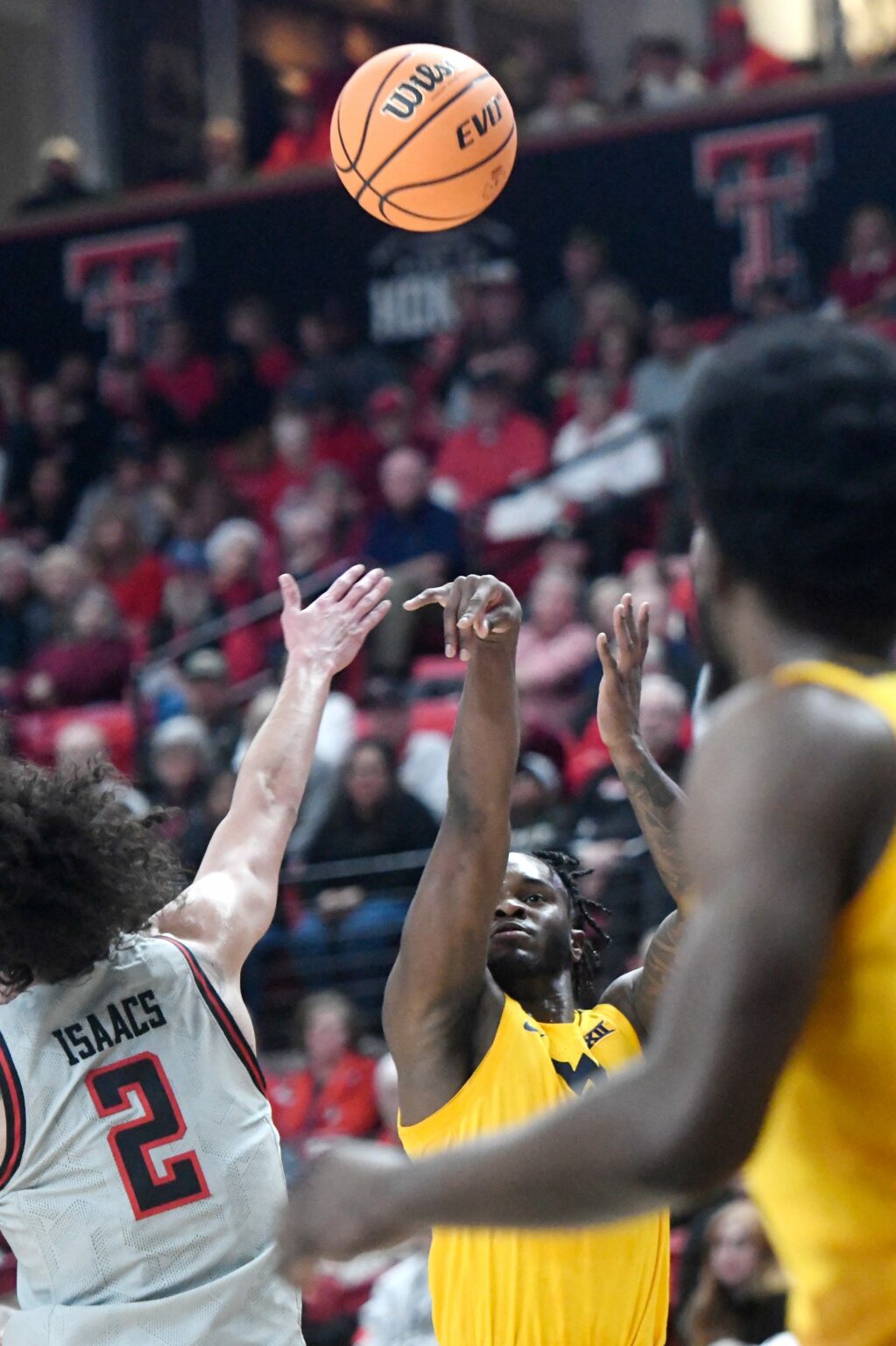 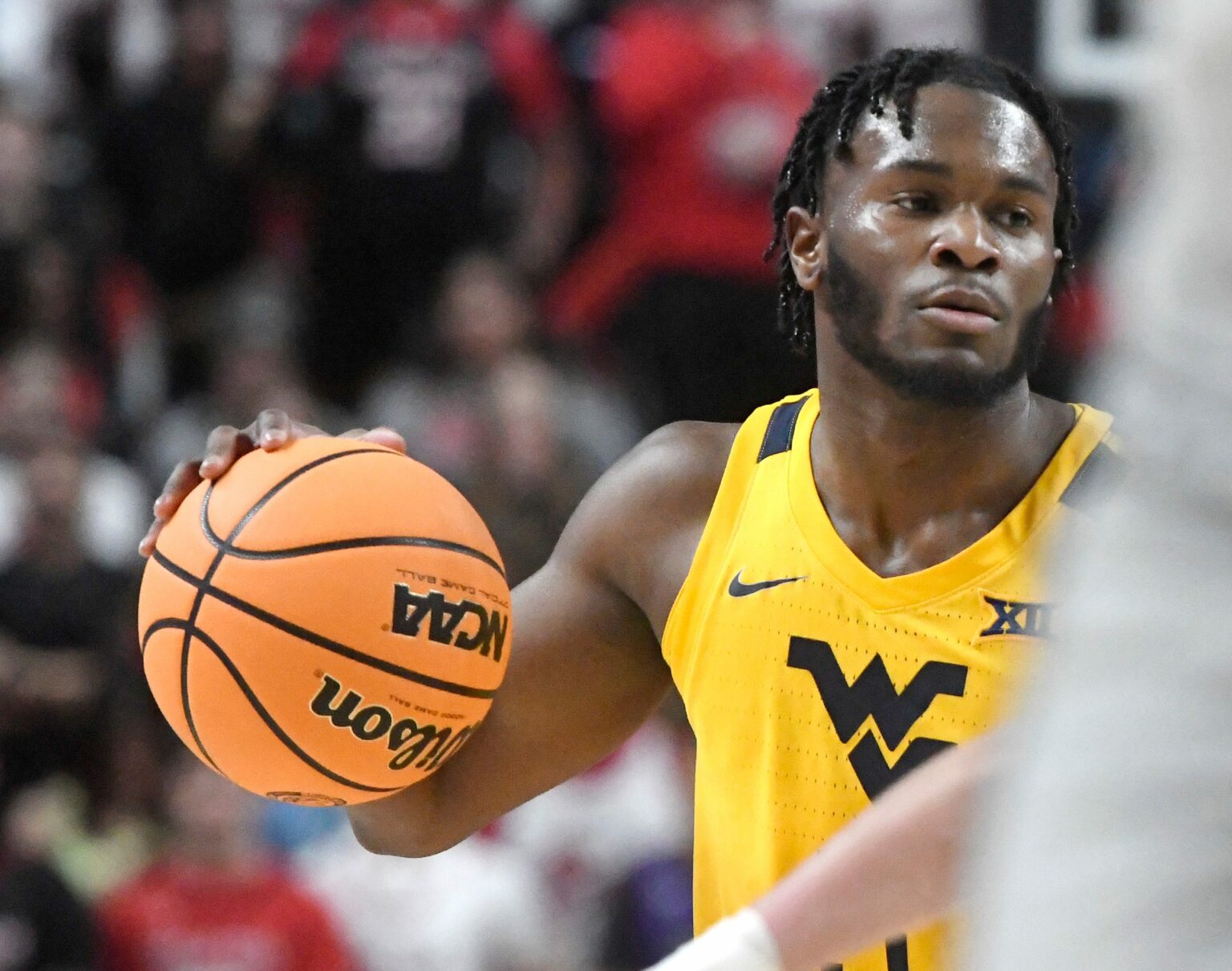 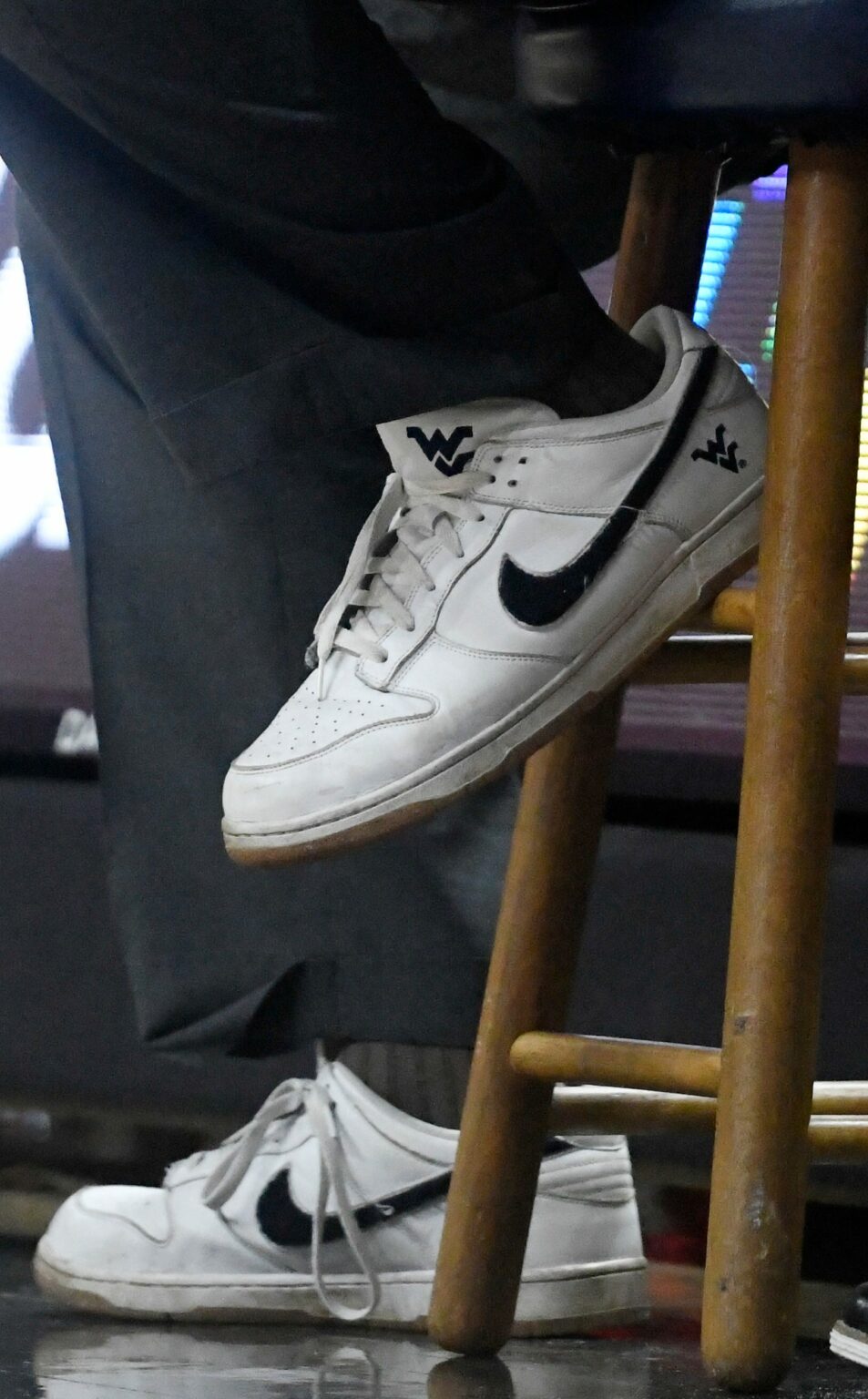 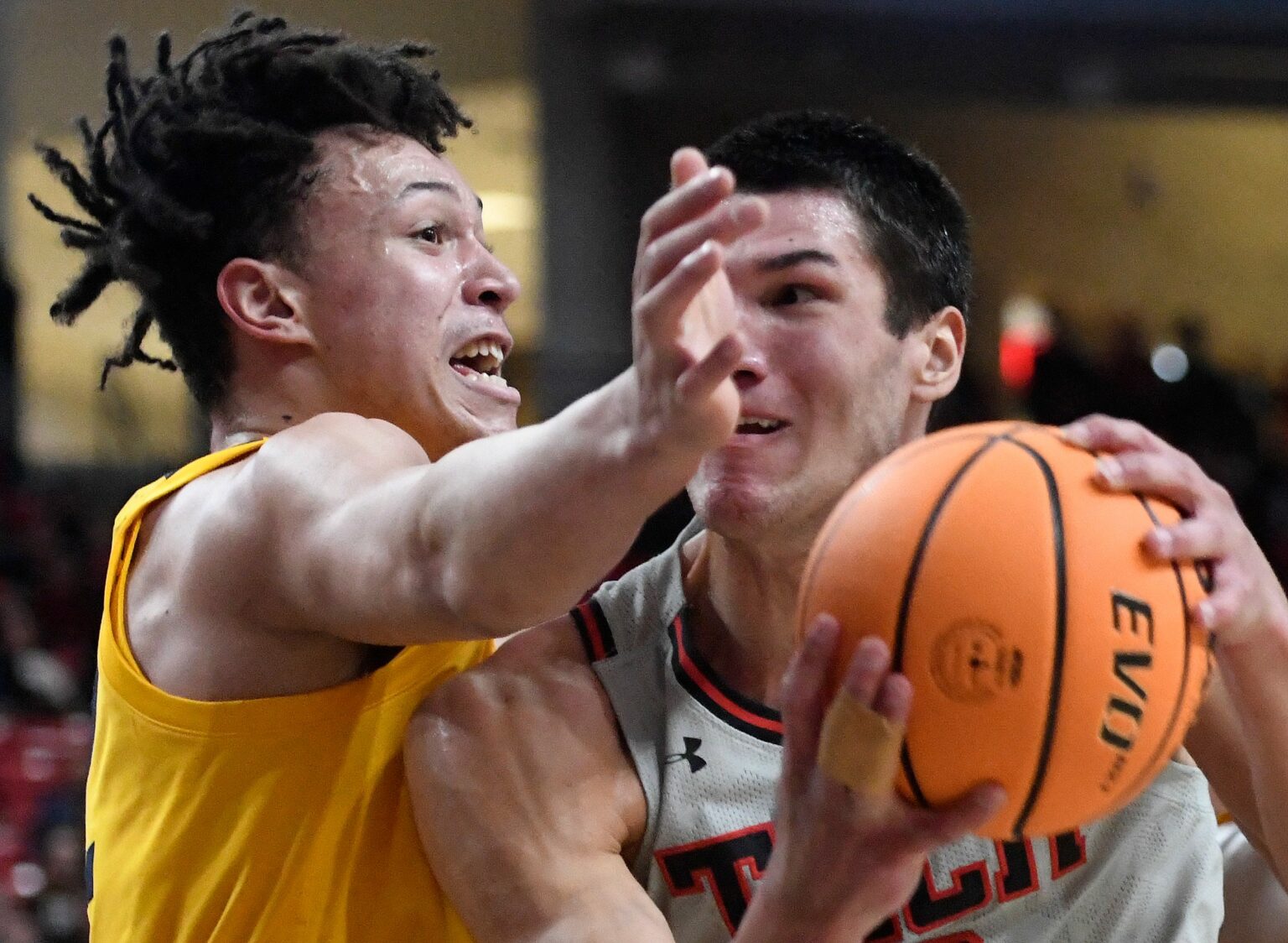 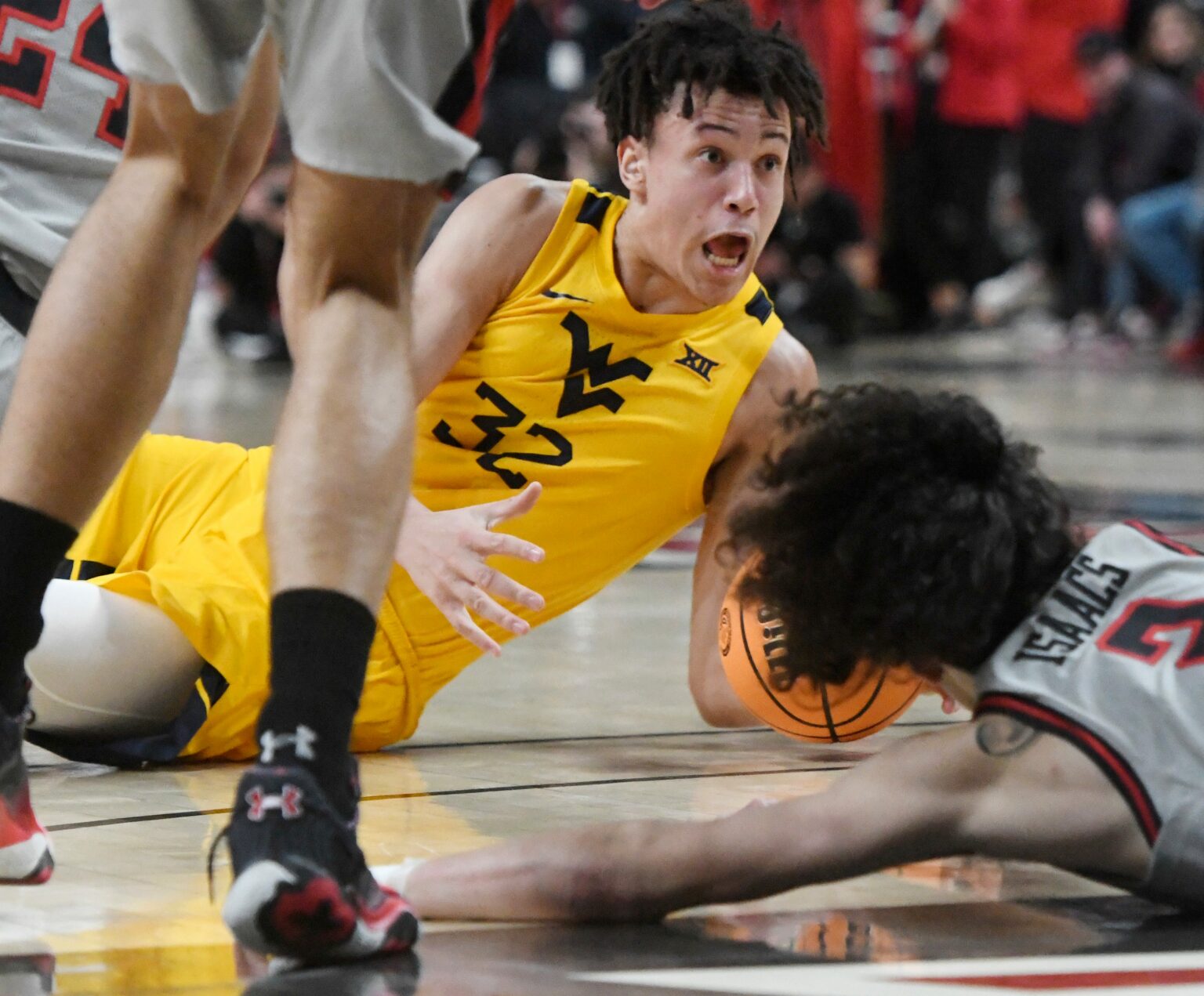 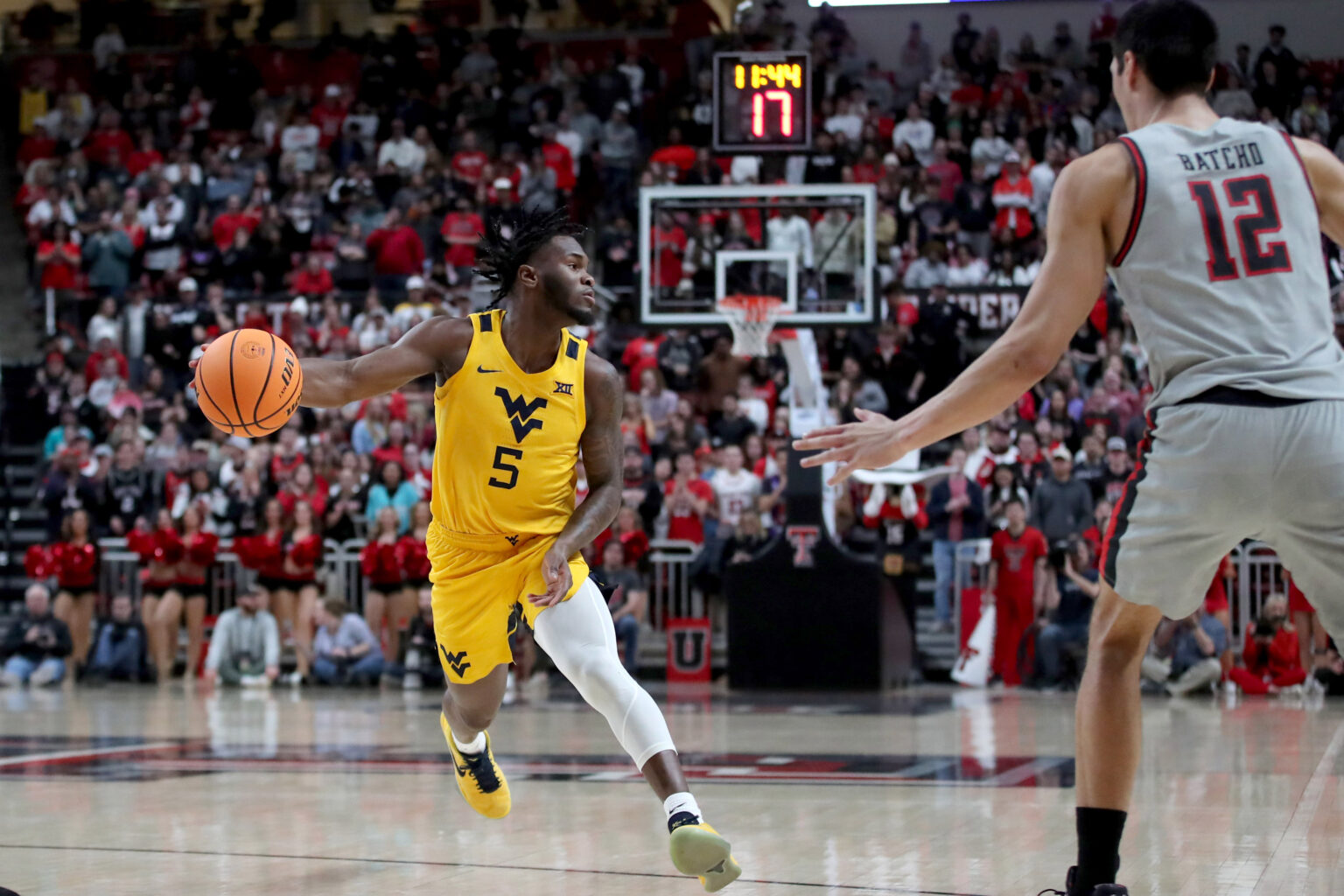 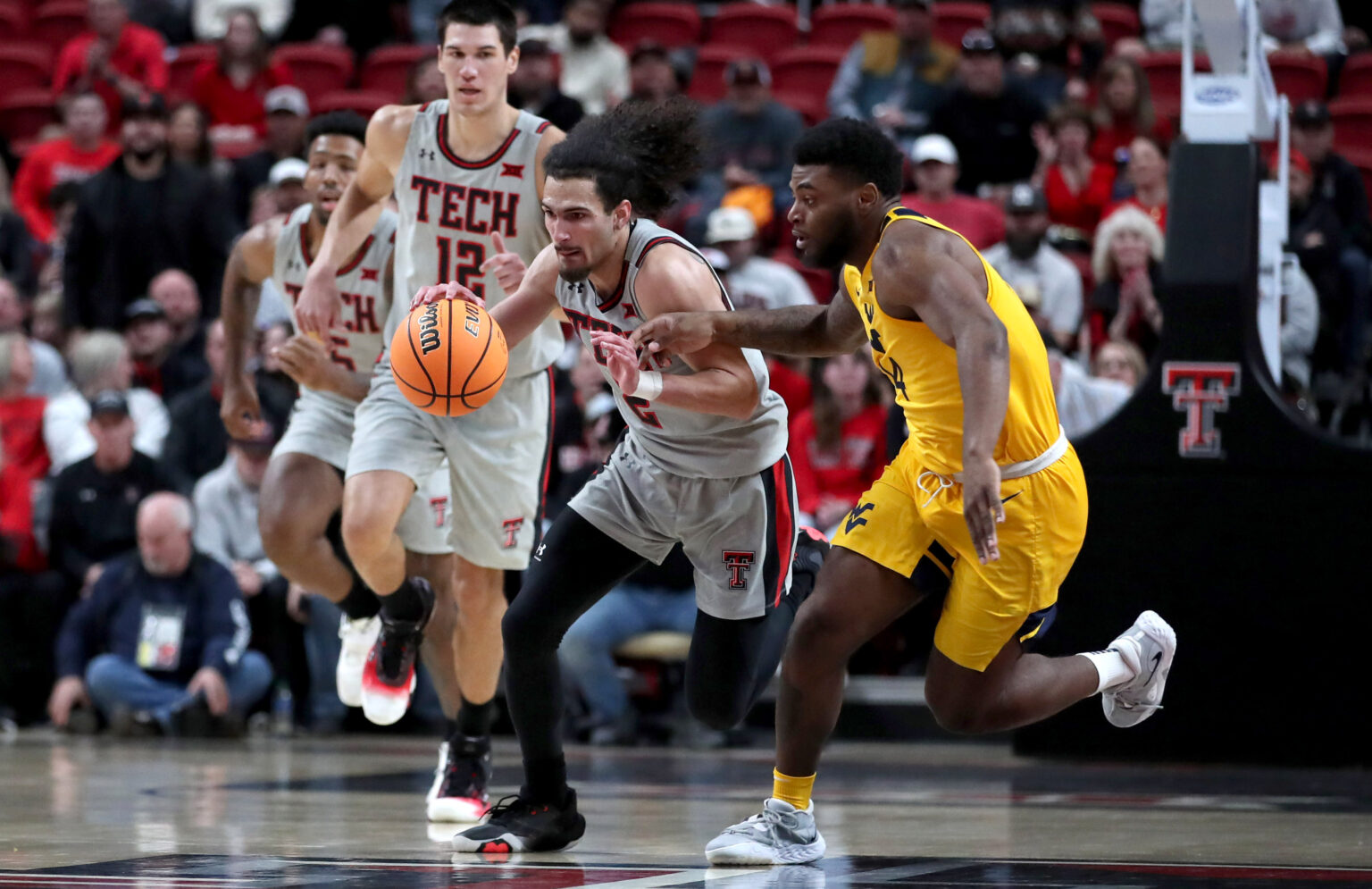 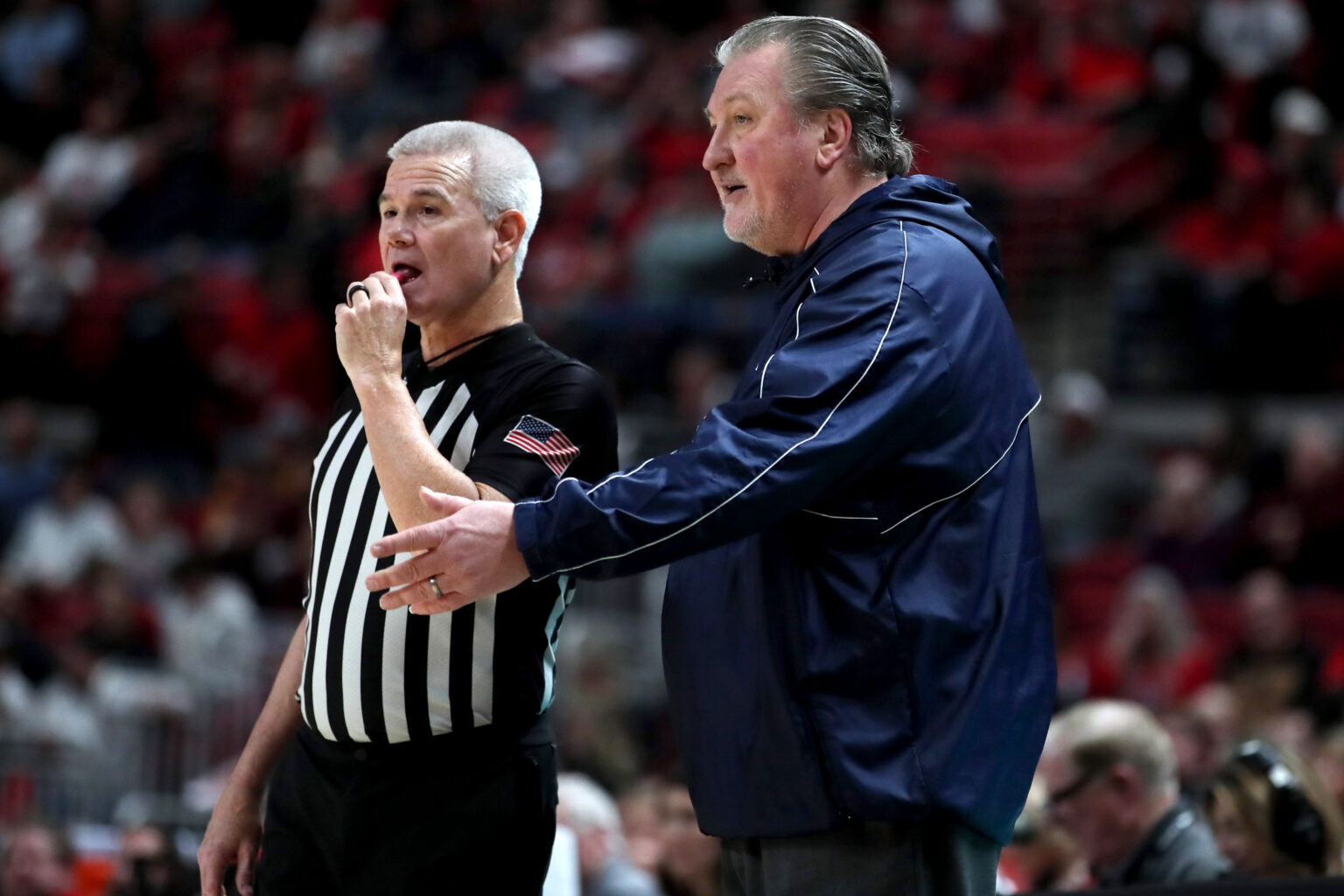 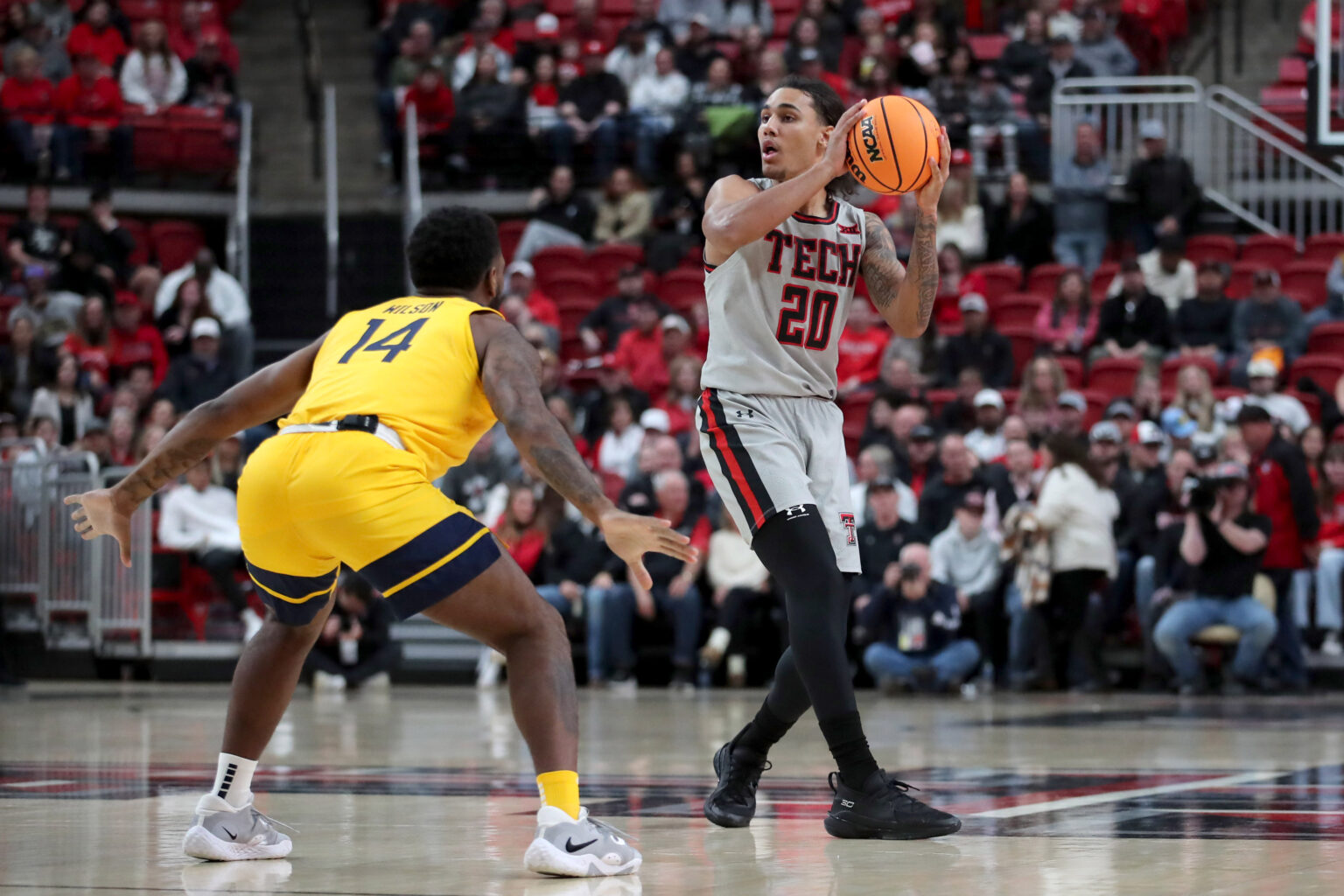 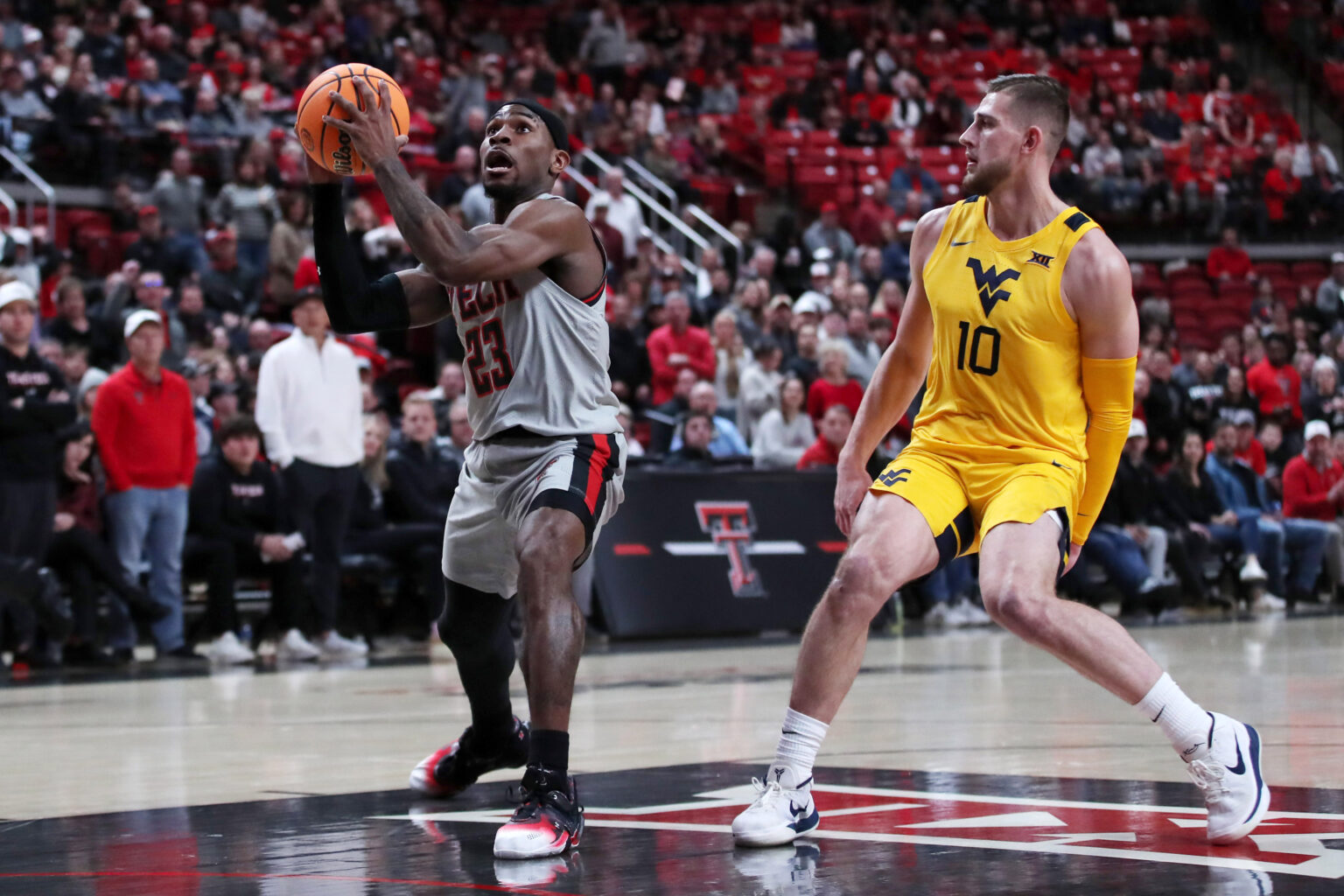 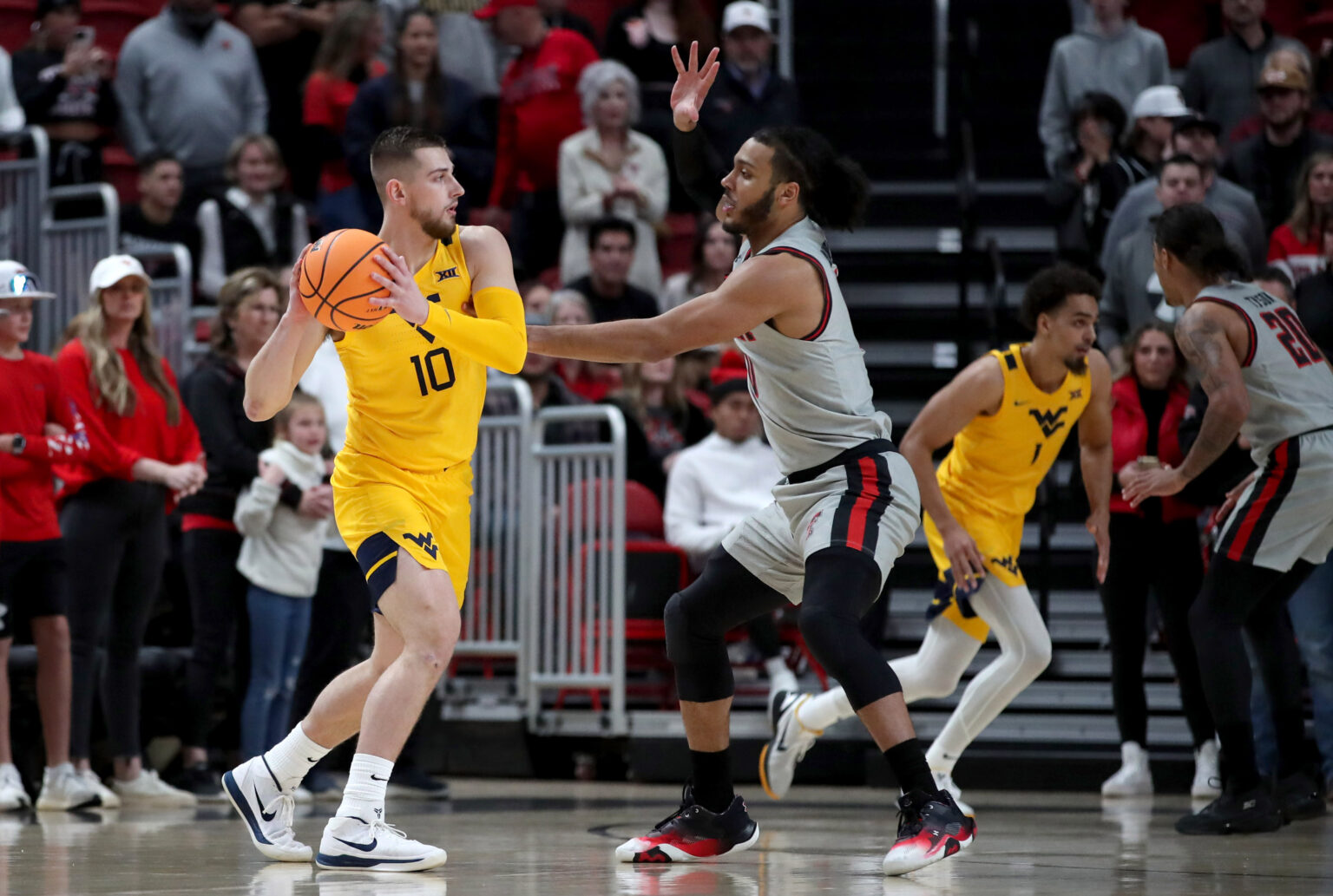 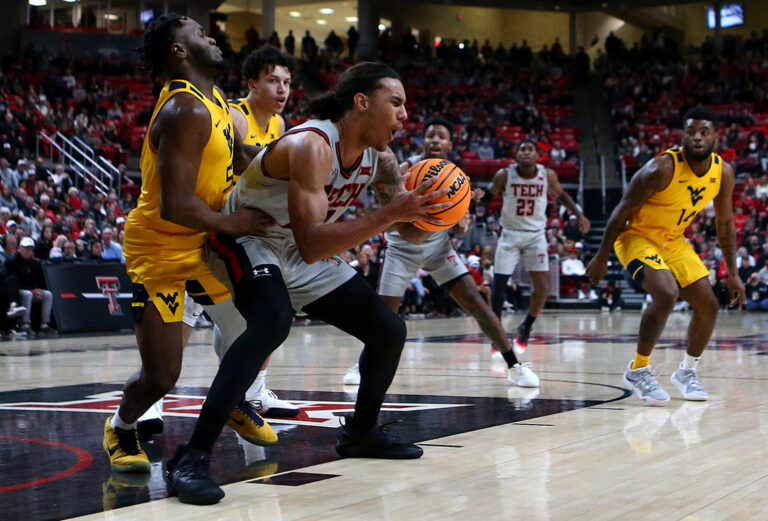 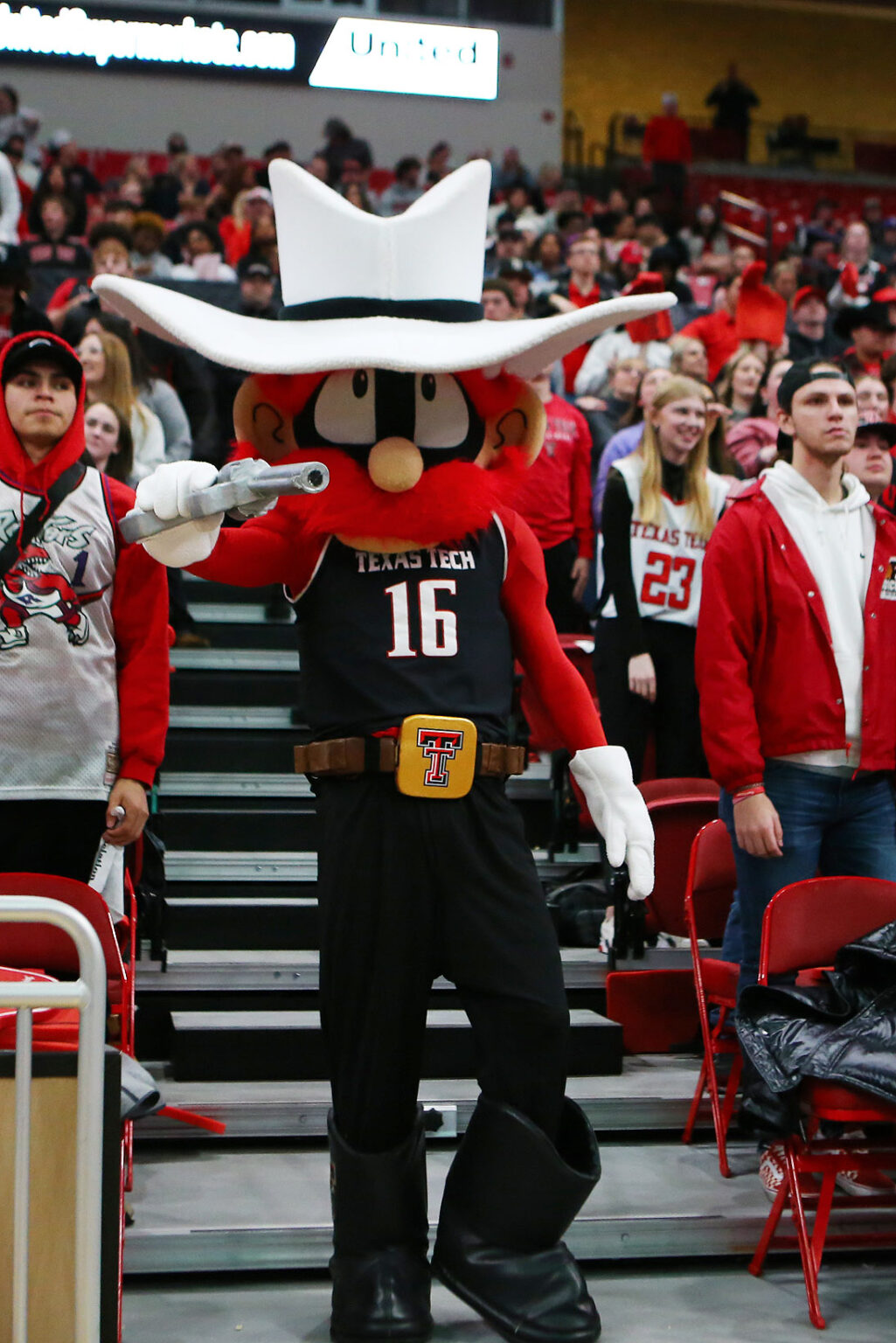 West Virginia got a major lift from its bench Wednesday against Texas Tech at United Supermarkets Arena.

As a result, the Mountaineers’ 12-game road losing streak in Big 12 play is no more.

After falling behind by 10 less than 7 minutes into the contest, West Virginia rode its bench production, rebounding dominance and strong free-throw shooting to control the remainder of the contest and claim a 76-61 win.

The Mountaineers (12-8, 2-6) got 50 points from their bench, including career highs outputs from Joe Toussaint and Seth Wilson, who scored 22 and 15 points, respectively.

“Our starters didn’t have any pop to them,” WVU head coach Bob Huggins said on postgame radio. “They’re the guys that have played the majority of the minutes up until now and they were dragging a little bit. I thought we’d go to some younger guys and guys that had more pop to them and they were really good.”

That includes James Okonkwo, a 6-foot-8 sophomore who had logged 42 minutes in all of Big 12 play this season until Wednesday. Against the Red Raiders, Okonkwo made the most of his 22 minutes with five points, a career-high 10 rebounds and two blocks, including a highlight-worthy one with two hands that prevented a dunk from the Red Raiders’ Daniel Batcho with 6:25 remaining and the Mountaineers leading by nine.

After the Mountaineers fell behind 10-2, Huggins opted for wholesale substitutions 5:03 into the matchup.

“We have some banged up guys, but our bench was really good,” Huggins said. “Joe came in and did a terrific job for us.”

Less than 1 minute later, Tech’s Kerwin Watson was whistled for a personal foul and technical foul on the same sequence, and Erik Stevenson made 4-of-4 free throws to give the Mountaineers their first advantage at 22-21.

WVU trailed 28-27 after the Red Raiders’ Robert Jennings scored inside 1:55 before halftime.

The Mountaineers then put together a 6-0 spurt to end the half that featured one free throw from Jimmy Bell, two from Mohamed Wague and a Tre Mitchell triple that marked the only points for a player who entered as the Mountaineers’ leading scorer, but was limited to 20 minutes as a result of four fouls.

Tech trailed 34-31 just over 2 minutes into the second half when Red Raiders’ head coach Mark Adams was assessed a technical foul that again led to Stevenson making 4-of-4 free throws, giving the Mountaineers their biggest lead to that point.

Although the Red Raiders responded with six unanswered points and trailed 38-37 following De’Vion Harmon’s jumper, Wilson responded with a triple that stretched the lead to four.

Tech trailed by one on one more occasion following Jennings’ two free throws with 12:55 left, and Wilson again immediately responded with a 3 that allowed WVU to lead 45-41 at the 12:42 mark.

Wilson’s final triple allowed the Mountaineers to lead 49-47, though the Red Raiders’ Kevin Obanor immediately answered with one of his own.

But over the next 5:12, the Red Raiders made only one field goal while the Mountaineers took control starting with Stevenson’s 3, which was followed by Okonkwo’s conventional three-point play.

The Red Raiders got no closer than right the rest of the way and Toussaint helped seal the outcome with a jumper at the 3:58 mark and four free throws soon after, the last of which left the Red Raiders facing a 69-56 deficit.

In an odd twist, 35 of WVU’s 51 field-goal attempts were from long range. The Mountaineers also made 28-of-35 free throws, getting all but 18 points on treys and foul shots.

“They were playing really physical,” Huggins said. “We couldn’t get it close and when we did they were double-teaming us and at times triple-teaming us. We wanted to spread them out and make cuts and if they were going to try to cover the rim that way, hopefully we’d make some jump shots and fortunately we did.”

Toussaint made 12-of-14 free throws and Stevenson hit 9-of-11 attempts in his 16-point effort that also included 10 rebounds.

Red Raiders’ freshman guard Pop Isaacs managed two points in 18 minutes before leaving the game for good with an ankle injury with 15:24 to play.

The Red Raiders hit only 3-of-20 treys and were outscored 30-9 from behind the arc.

West Virginia finished with a 44-27 rebounding advantage in what marked its first conference road win since February 23, 2021 at TCU.

The Mountaineers again had issues with turnovers and finished with 19 to the Red Raiders’ 13.

“It’s relief. We’ve given so many games away,” Huggins said. “We were so close. We tried today. We can’t turn it over as many times. We turned it over so many times and dumb turnovers. They didn’t force us into those turnovers. We did it ourselves. We have to clean that up. We’re rebounding the ball better. We have more guys we can trust to score.”

WVU starting point guard Kedrian Johnson had scored 42 points over the last two games, but was limited to four in 15 minutes and did not play the final 14-plus minutes after leaving with an ankle injury.

“He’s had it for a while,” Huggins said. “This wasn’t the first sprain. Joe’s been banged up and he was better than the rest of those guys that are banged up. We need to go home and rest.”

Sports
Brown likens transfer portal to bank account, but admits defensive losses were costly in 2022
West Virginia has lost several key players from its 2022 roster early in the offseason, though the Mountaineers have also announced the addition of players they're hoping can make an immediate impact.
By Greg Carey
WVU Sports
3 Guys Before The Game - Streak Snapped - Auburn Preview (Episode 437)
WVU snaps the streak and now prepares for Auburn.
By MetroNews Staff
Sports
Marshall set for first meeting with Warhawks
Herd seeks sixth consecutive victory to stay atop Sun Belt.
By MetroNews
Sports
Third-quarter surge lifts Morgantown over Wheeling Park, 79-43
By MetroNews Staff