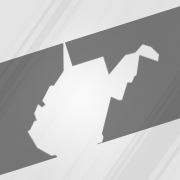 Brad is a Parkersburg native who spent more than 20 years at the Daily Mail, first as a reporter and writer and then in a succession of leadership roles, including managing editor and city editor. One of his responsibilities that continued with the consolidated Gazette-Mail was oversight of the Daily Mail editorial page. Brad was awarded best columnist awards in 2014, 2015 and 2016 from the West Virginia Press Association.

He is a 1994 graduate of Marshall University’s W. Page Pitt School of Journalism and a 1990 graduate of Parkersburg South High School.

Brad lives in Charleston with his wife, Karen, a local attorney, and children Isabelle and Kate.

Gov. Jim Justice said complaints by educators’ unions about school reopening plans are “an insult” and then used national political references to brush off the criticism. Justice, a Republican who was endorsed by teachers unions in 2016 when he ran as a Democrat, said he’s spent significant time working on education issues with union leaders

Two council members in Harpers Ferry have been publicly reprimanded and fined as fallout from an election fiasco that took a year to resolve. Hardwick Johnson and Charlotte Thompson reached settlement agreements this week with the West Virginia Ethics Commission. Each was fined $750. The two admitted to violating the voting provisions of the West

Leaders of two unions for West Virginia educators appeared with the Democratic candidate for governor and bashed school reopening plans outlined by Gov. Jim Justice as confusing and inadequate. “If the governor has no clearer direction and guidance on the school reentry process at this point, we do not believe any counties will be safely

With coronavirus outbreaks affecting hospitals in Logan and Beckley and a nursing home in Princeton, Gov. Jim Justice is warning about the spread of coronavirus in West Virginia’s rural communities. “We’ve got three super hotspots that I’m aware of right now,” he said. “As we continue we’ll probably have more outbreaks.” The prime concern, Justice

College Athletes are Finally Feeling Their Power
Congress Must Pass a Covid Relief Bill—Fast
"... One Damn Thing After Another."