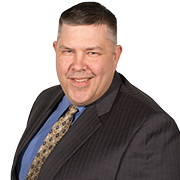 The morning voice of the Morning News on MetroNews has been associated with West Virginia Radio Corporation for more than two decades.  The native of Big Stone Gap, Virginia joined the company as an anchor at WAJR in Morgantown in 1990.

The University of Tennessee graduate not only excels in anchoring and reporting on MetroNews, but also has flourished in his coverage of hunting and fishing.  Chris serves as host of the popular West Virginia Outdoors each Saturday morning.

Chris has also won numerous awards for coverage of the hunting and fishing from the Outdoors Writers Association of America.  He has twice been awarded the coveted “President’s Award” by the organization for his efforts.  Chris has also been honored by the West Virginia Broadcasters Association and Society of Professional Journalists for his work. He was named Outdoor Writer of the year by the West Virginia Bowhunters Association.  He was also part of the news team at 58-WCHS Radio which has twice been awarded the prestigious Edward R. Murrow Award for excellence in electronic journalism by RTDNA.

When not working, you’ll likely find Chris somewhere outside.  He’s probably hunting, fishing, or enjoying time with his family.

Chris and his wife Samantha reside in Hurricane and have three children, Travis, Hank, and Savannah.  They also have two grand children.

Steven Price of Lancaster, Ohio catches the new weight and length record for the blue catfish from the Kanawha River

Manchin says momentum is building eliminate the V-A's AIR commission in a bill he has re-introduced.

West Virginia's Natural Resources Police stress boating safety as the summer is ready to kick off.

MSHA finds previous problems with machine in fatal 2021 mine accident

A final report is published on a fatal mine accident from last November in Logan County. Investigators say the machine involved had experienced mechanical failure for two straight days before the fatal crash.

Mayor Tom Joyce said the problems tied to homelessness in his city are directly correlated to the proliferation of drug rehab facilities.

FEMA has adjusted the flood hazard zones for Kanawha and Greenbrier Counties in the wake of the 2016 flood. Property owners who see a change in status have just under three months to challenge the changes.

Beagle owners from far and wide come to W.Va. for competition

Beagle owners from all over the country share their passion for breeding and running champion hunting dogs in a recent West Virginia field trial.