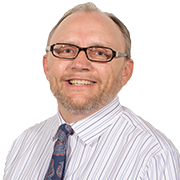 The award-winning native of Pratt, West Virginia took over as head of the news division of Metronews in August of 2000. Prior to that the 1987 graduate of West Virginia University’s Perley Isaac Reed School of Journalism served as news director at WAJR in Morgantown.

In addition to using his voice for broadcasting news, Jeff also is an accomplished singer and leads the congregational singing at Spring Hill Baptist Church in South Charleston.

Jeff and his wife Jackie are the proud parents of three sons, Caleb, Tommy and Stevie, and are now enjoying life as grandparents.

Milestone has been reached 20 of last 21 years.

Man who drove through DQ now in jail

SCOTT DEPOT, W.Va. — The driver who rammed his car through a Putnam County Dairy Queen Saturday night was charged and put in jail Sunday. State police charged Casey Matthew Oxley, 40, with multiple criminal counts. Troopers said Oxley has told them repeatedly that he sped into the Dairy Queen along Teays Valley Road in Scott

Vehicle crashes through front of Dairy Queen in Putnam County