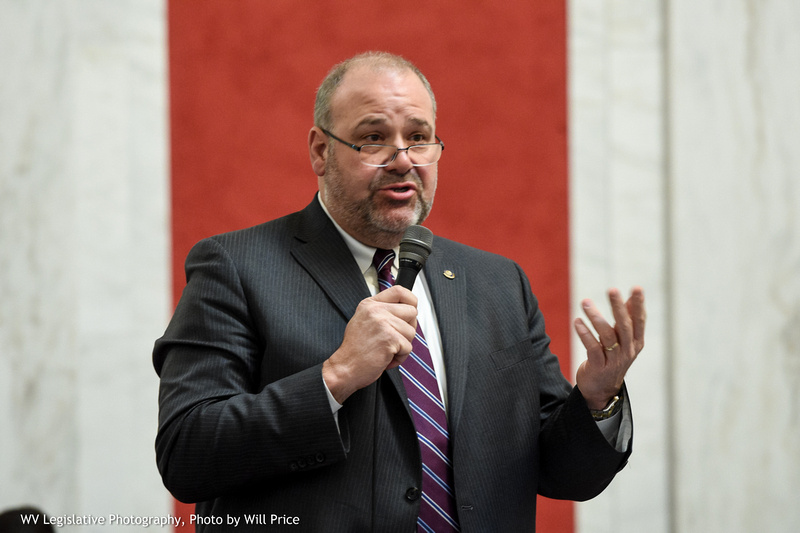 State Senator Paul Hardesty, D-Logan, who had already declined to run for re-election, has submitted a letter of resignation.

His resignation became effective at the start of the month. Republican Rupie Phillips, a former state delegate, won the seat a few weeks ago. New senators are to be sworn in Jan. 13.

Hardesty, who has spent 24 years in a variety of government roles, said in a telephone interview that he’d submitted retirement papers to the state, including for the past couple of years in the Senate.

“Nothing magical about my resignation. It coincided with my retirement from the state,” he said.

Hardesty was a lobbyist for The Greenbrier with a longstanding relationship with Gov. Jim Justice, whose family owns the resort. During the past electoral cycle, Hardesty served as vice chairman of the Justice campaign’s finance committee.

Rumors have been circulating for the past few weeks that Hardesty was under consideration for a leadership role in the Governor’s Office. Today, Hardesty acknowledged that he’d heard those rumors too but said he has no intention of taking a full-time government job.

“I have no intentions of going back and being a full-fledged employee in this administration,” he said.

Under normal circumstances, the Senate might be active this time of year with interim meetings and with preparation for the upcoming legislative session.

But social distancing precautions because of the coronavirus pandemic have meant legislators have not had their normal off-season meetings. The regular session is delayed in gubernatorial election cycles by a month to account for organizational and inauguration activities. So the regular session is kicked to Feb. 10 this coming year.

“Since we are not meeting and didn’t have any plans to meet I thought I would go ahead and do so,” Hardesty said of retirement.

Hardesty, 58, has worked in a variety of government capacities over the years, including as a Logan County school board member, a county administrator in Logan and at the state Development Office.

He was appointed by the governor to the state Senate in early 2019 to fill a seat that had been vacated by Richard Ojeda, who mounted a short-lived presidential campaign.

To do so, he submitted his lobbyist resignation to the state and now cannot resume any lobbying work for another year.

“I’ll still do other things, but lobbying won’t be one of them. I don’t know that I’ll go back to lobbying completely,” Hardesty said today. “I’m just going to look at options right now.”

Although he said he would not work full-time for the Governor’s Office, Hardesty did not rule out helping the governor in some way.

“I would help this governor in any capacity I could help him,” Justice said.

Senate President Mitch Carmichael, R-Jackson, who lost a primary election race, was also widely rumored to be taking a role in the Justice administration but put out a statement on Oct. 21 to refute that.

“Rumor is in a 2nd Justice term, I would serve as COS. This is news to both Gov and me. We meet often, but have never discussed it,” Carmichael said on Twitter.

Hardesty in a resignation letter addressed to Carmichael, said he appreciated his time in the Senate.

“I have been blessed beyond measure to represent the Seventh District as a Senator,” he wrote. “I have tried to serve faithfully, with a level head and heart for the people of my district,” he wrote.