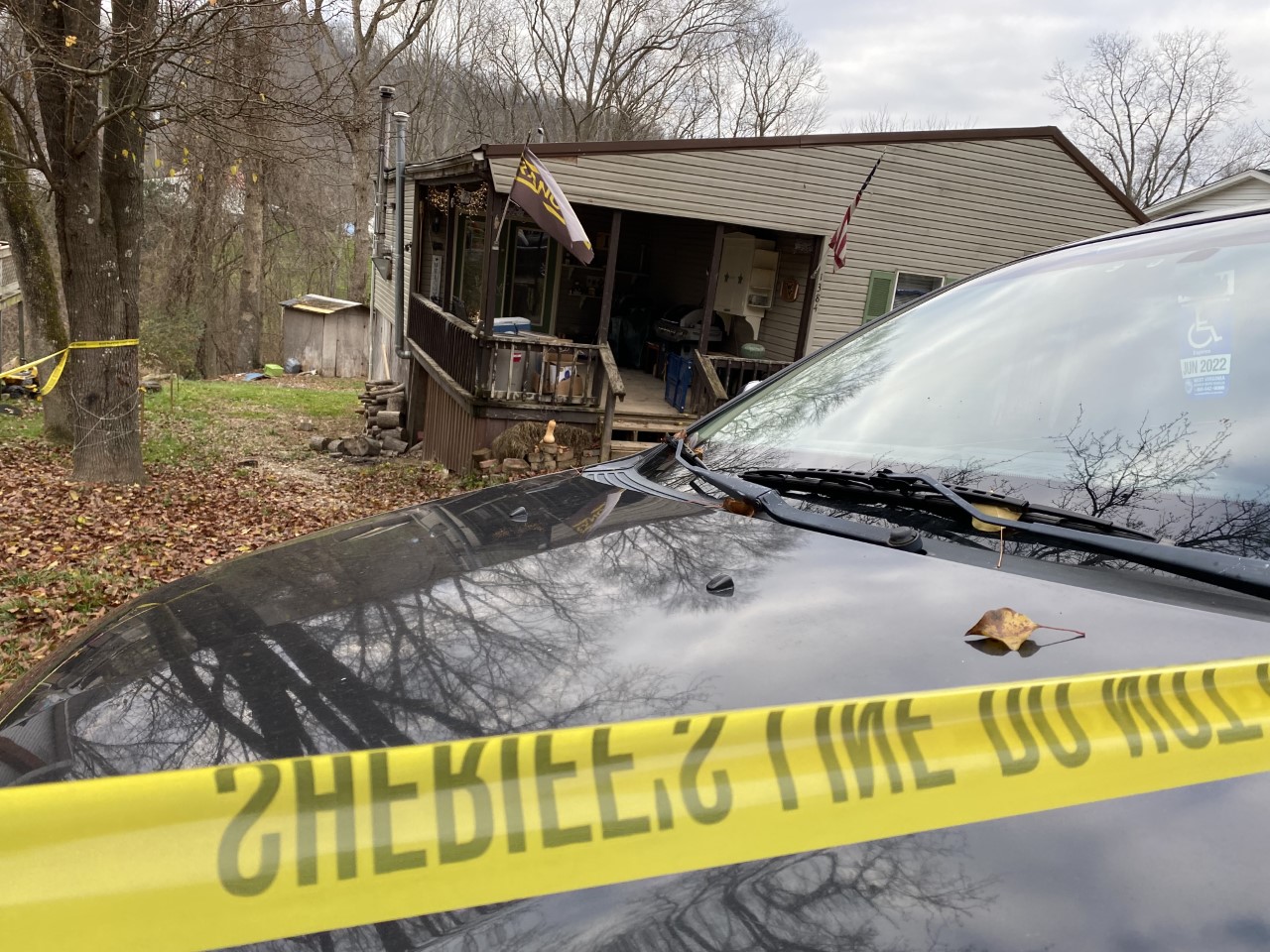 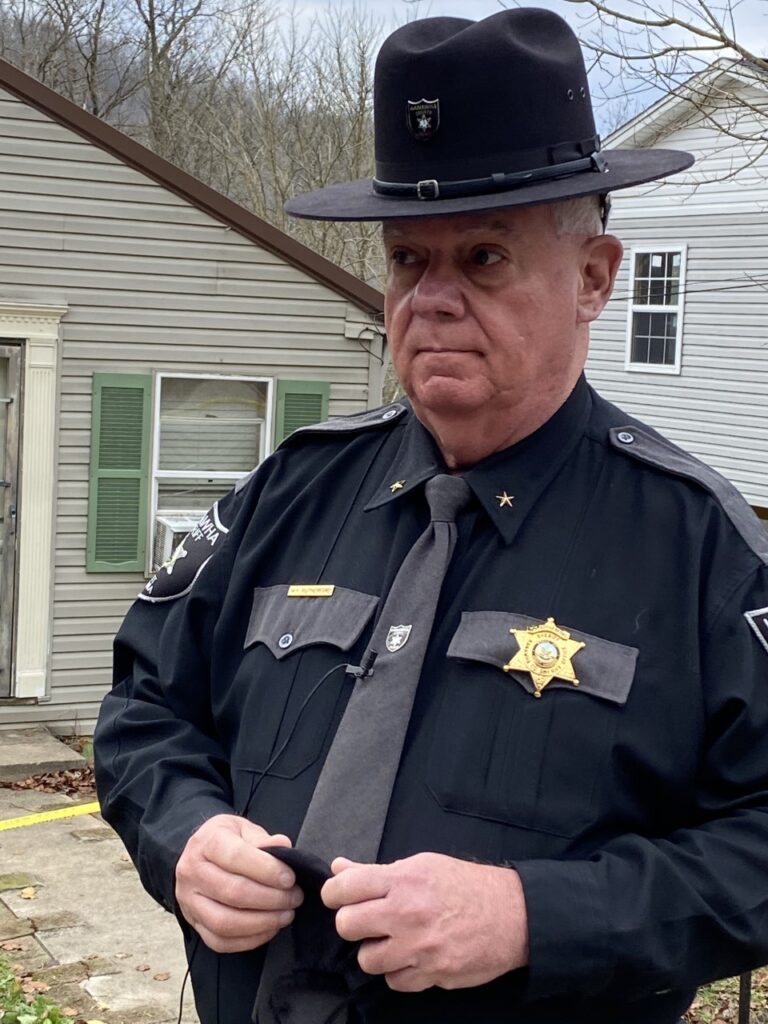 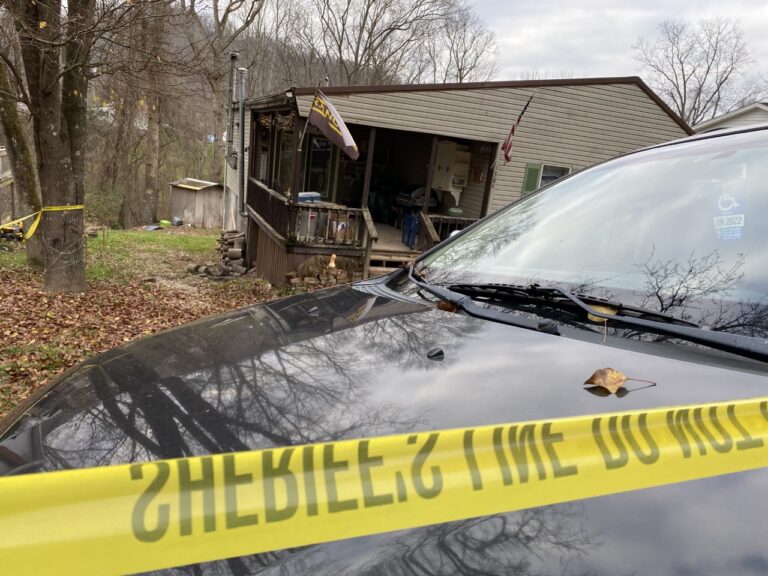 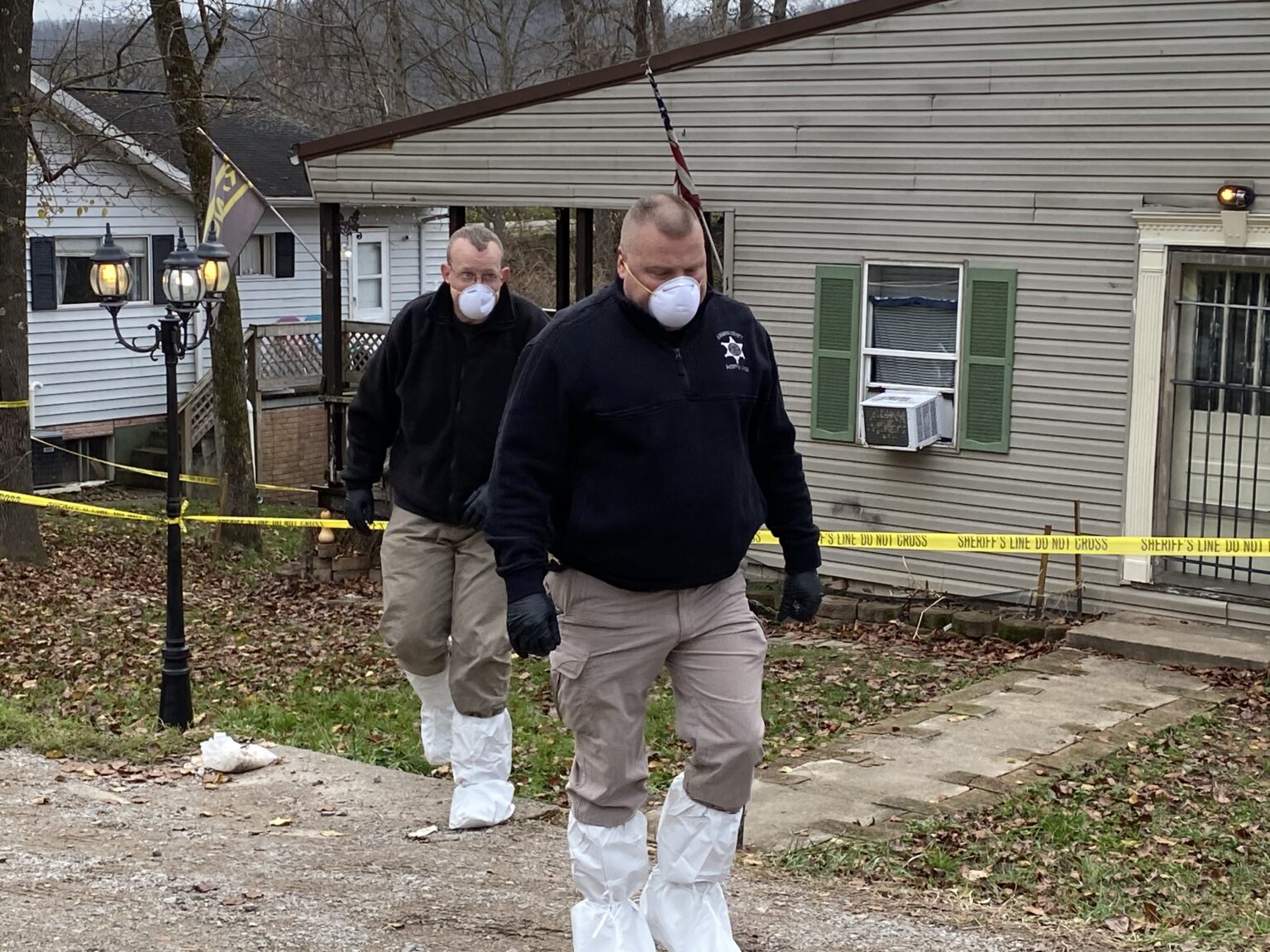 Kanawha County detectives exit a house near Elkview on Dec. 13 where 4 people were killed including 2 children. (Photo/MetroNews) The house is located on Cemetery Hill Drive near Elkview. (Photo/MetroNews)

ELKVIEW, W.Va. — A juvenile has been charged with four counts of murder in connection with the deaths of two adults and two children at a home near Elkview in Kanawha County.

In a brief statement released Sunday evening, Kanawha County Sheriff Mike Rutherford said a juvenile had been charged with the killings. He said further information would not be released because the defendant was a juvenile.

Rutherford told reporters earlier Sunday that a fifth member of the family, a teenage boy, had been located away from the crime scene and was being interviewed by deputies. Rutherford said the crime, which he described as violent, was not a random act.

Rutherford earlier said a man, his wife and sons, ages 12 and 3, were found deceased by a relative at about 10:40 a.m. Sunday in a house on Cemetery Hill Drive.

A family member had attempted to contact the family Saturday but was unsuccessful. They visited the home on Sunday and found the front door unlocked.

“We determined immediately on the deputies’ arrival they were all deceased,” Rutherford said.

The four apparently died by gunshot but Rutherford has yet to release an exact cause of death.

The department’s crime scene vehicle was on the scene along with an assistant Kanawha County prosecutor.

The names of the victims are expected to be released Monday.

Neighbor Samra Mullins said she hadn’t heard anything coming from the nearby home.

“It’s a little nerve-wracking. You don’t expect this to be so close to home,” Mullins said.

She said everyone in the community is a little on edge.