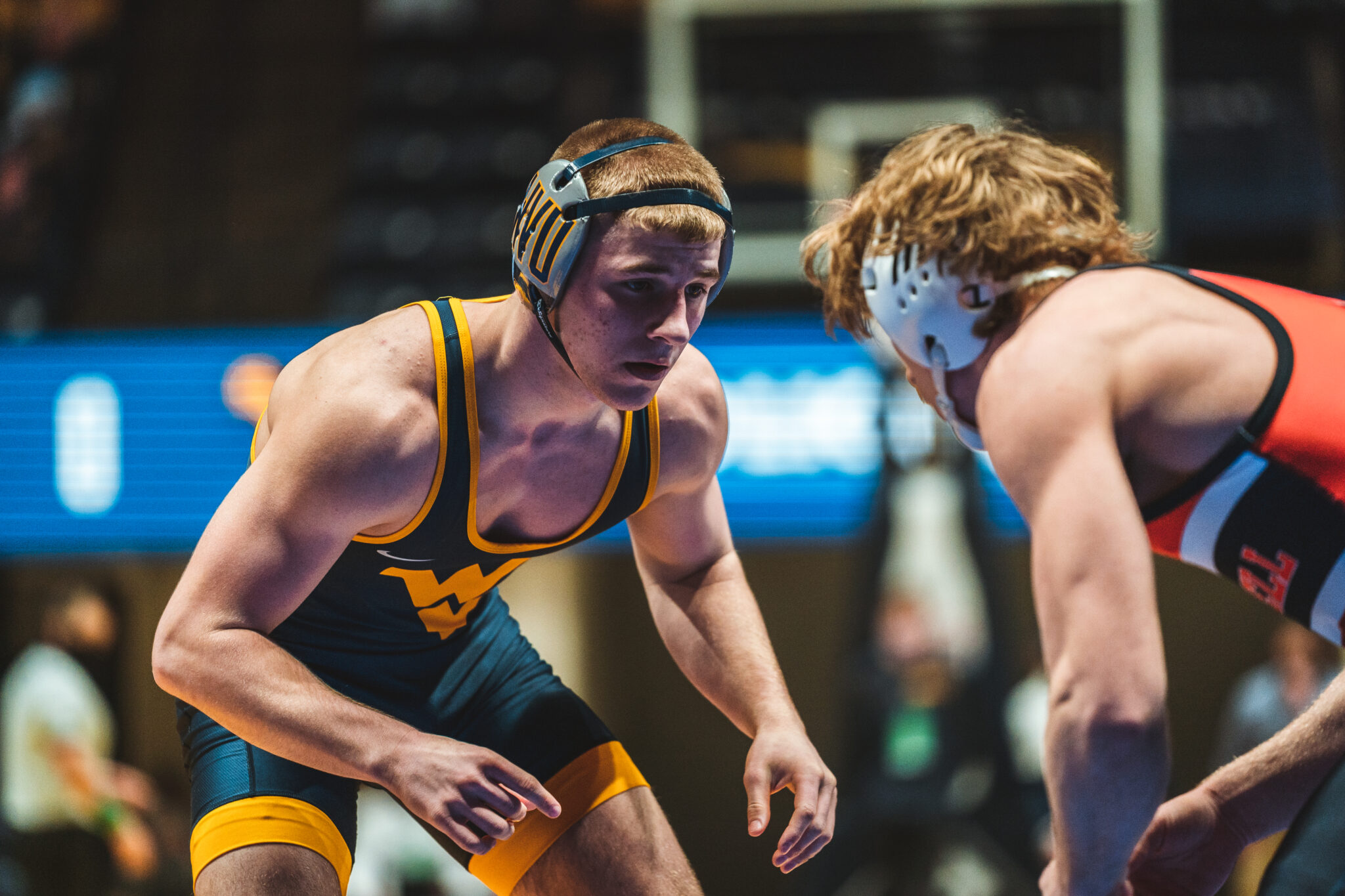 MORGANTOWN, W.Va. — Four state natives currently occupy spots in the starting lineup for the WVU wrestling team. Through six matches, all four sport records of at least .500 or better.

John Marshall grad Anthony Carman and Parkersburg’s Brayden Roberts are both 3-3. Independence grad and Coal City native Noah Adams is the nation’s top wrestler at 197 pounds and he is riding a 38-match win streak.

True freshman Peyton Hall has made a smooth transition in his first season with the Mountaineers. The four-time state champion from Oak Glen has won five of his first six matches and has burst into the national rankings at 165 pounds.

“Oak Glen has a lot of great people. I loved my coaches and everyone there. I had a lot of good friends. I just really enjoyed being a part of the program. I was happy to help the team do better,” Hall said.

Hall was the 19th wrestler in West Virginia history to claim four state titles. But even when he was taking his place among the best prep wrestlers in state history, his focus was quickly pivoting to the challenges of the college level.

“I was happy to make history at Oak Glen. It was really exciting. But I was just ready to get into college and start working towards other stuff.”

Tim Flynn is in his third season as WVU’s head coach. Prior to his arrival in Morgantown, he built the Edinboro University program into a national power over the course of two decades. Hall and his Oak Glen teammates frequently attended offseason camps at Edinboro.

“Whenever I would go there, I really liked Flynn and the whole staff. When they came to West Virginia, I pretty much in the back of my head once they contacted me that is where I wanted to go. We had a meeting and once my parents met them, I was sold on coming here.”

“I could tell right away he was more interested in wrestling at a high level than the average guy,” Flynn said. “I remember we had a camp store and he would come in and he would hang around a little bit. Bruce Baumgartner (Olympic gold medalist and Edinboro athletic director) was at camp. He wanted to be around like-minded people. So we knew for a while he was going to be a special athlete.”

With his prep career complete, Hall arrived at WVU in the midst of a pandemic which forced the college wrestling season to start about two months behind schedule.

“I never had that much of a break from wrestling since I started. Finally, getting into the practice room, it was really nice. I think it helped a lot with my focus because when I came back I knew that any second they could shut us back down. So I was just trying to improve quickly,” Hall said.

On his first match day as a Mountaineer, which was a quad meet against Kent State, Ohio and Virginia Tech, Hall won all three of his matches. Two of those wins came by major decision and one came against a ranked opponent.

“The biggest difference is having to set up shots more. In high school it was a lot easier to get the legs. And it is a lot harder to get off the bottom now. That’s just a strength and maturity thing. I am working to get better at all that,” Hall said.

After the 3-0 start, Hall entered national rankings. He is currently No. 24 in the FloWrestling poll and No. 25 in The Open Mat.

“It is nice to see my name there but at the same time, numbers don’t mean anything. My first match, I wasn’t ranked.  Any freshman can be the next top ten guy, you never know. So you just have to wrestle the same against everyone,” Hall said.

A week after his impressive debut, Hall lost a 5-2 decision to No. 9 Zach Hartman of Bucknell. But he responded later in the day with a 2-1 win over Oklahoma’s Jake Stiles.

“I was pretty confident going into the match and to take a loss always sucks. But it is important, especially in Division I wrestling to get your head down and get going and not get discouraged over one loss. Because we have a ton more matches,” Hall said.

On Saturday, Hall upped his record to 5-1 with a win over Cleveland State’s Riley Smucker. The Mountaineers will host No. 17 Northern Colorado Sunday.

On a young WVU roster that has only one senior, Hall says that Adams provides a good example of the work ethic necessary to compete on a national level.

“Noah is a good leader. He works hard in practice every single day. He doesn’t have an off day. It is nice to see other people just pushing themselves. That motivates you to keep going.”

Six more dual matches are scheduled for the Mountaineers prior to the Big 12 Tournament in March. Hall believes he can make a push for the NCAA’s in St. Louis.

“I would really like to be on the national podium. I would like to be an All-American this year and keep doing as good as I can.”