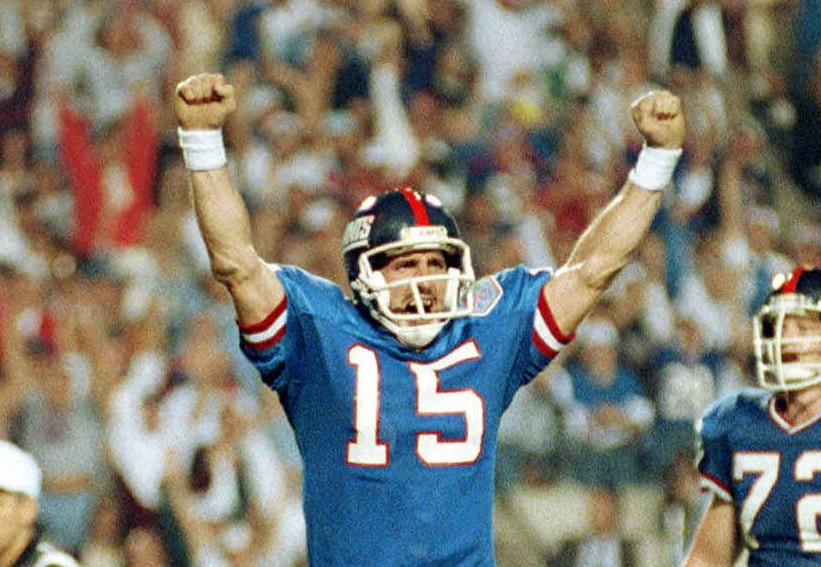 MORGANTOWN, W.Va. — Ottis Anderson rushed for 102 yards and a touchdown on 21 carries in Super Bowl XXV but the argument can be made, and certainly has been made in many corners of West Virginia, that former Mountaineer Jeff Hostetler should have the title ‘Super Bowl MVP’ by his name in addition to ‘Super Bowl Champion’.

This is the thirty-year anniversary of one of the most tightly-contested and dramatic of the 54 championship games. Hostetler, a WVU Sports Hall of Fame member, led the New York Giants to a 20-19 win over the Buffalo Bills in Tampa, Fla.

“Normally around this time of the year I get phone calls. It is amazing having two Super Bowl rings and having started one Super Bowl and winning it, it is a special event and it continues to be remembered. I didn’t realize it was the 30th year. But it always brings back memories at this time,” Hostetler said.

Hostetler’s heroics followed a regular season that made him consider retirement. He played sparingly but was thrust into the starting spot when Phil Simms was injured in December.

“Six weeks earlier, I had been sitting at the dinner table with my wife after coming home from practice. We had decided at that moment that I was retiring at the end of the year. I had waited six-and-a-half years for an opportunity to play. This was before free agency, so I was stuck there. I had a couple opportunities early on in the season and played really well. And then everything just dried up.

“Little did I know that six weeks later, I would be standing there at the podium afterwards with two of my boys and my pregnant wife besides me having just won the Super Bowl.”

Hostetler led the Giants to a pair of victories in the final two games of the 1990 regular season and played turnover-free football in the NFC divisional and championship games, leading New York to the doorstep of a title. Super Bowl XXV was played days after Operation Desert Storm began.

“It was probably the most special moment of my professional career, standing in the tunnel waiting to be introduced. At that point, either your offense or your defense is being introduced. We were fortunate for the offense, we won the coin toss so we were introduced. I can remember I was next in line, looking out and seeing the stadium just filled with red, white and blue flags waving all over the place. Running out onto that field and then Whitney Houston singing the Star Spangled Banner and then having the flyover, there was nothing like it.

“To be part of that particular Super Bowl during that time in history with everything that was going on in the world, it was really, really special. To be among those that have started a Super Bowl and having won a Super Bowl, it is a very short list. I knew that going into it. I knew that after it. But I don’t think I ever appreciated the fact that it was being watched by so many all over the world. This particular game sort of had its own specialties throughout that I don’t think have been able to be duplicated.”

Jeff Hostetler joins @Tonycaridi, @Bradhowe07, and @Hunterwvu88bgn on the 30th anniversary of his Super Bowl victory to talk about what it’s like to play in a Super Bowl and his involvement the construction of @WVUkids hospital. WATCH: https://t.co/yCFQ3nDJuy pic.twitter.com/ea3ollma1B

Hostetler completed 20-of-32 passes for 222 yards and a touchdown toss with no interceptions as the Giants chipped away at a nine-point second quarter deficit. The Giants were leading by a point with eight seconds left when Buffalo’s Scott Norwood lined up to attempt a 47-yard field goal.

“I had kind of separated myself from everybody else and I went down to the opposite side of the field and just knelt down on the sideline. I had given everything I could out on the field. I thanked the good Lord for the opportunity to play.”

The field goal sailed wide right. Hostetler led his offense back on the field in victory formation and one kneel down secured New York’s second Super Bowl win. Hostetler says the Buffalo defense got some decent shots in throughout the game.

“I took a beating during that game. Half of Buffalo’s defense would have probably been thrown out of the game at that point, in today’s game.”

Hostetler would go on to play 15 NFL seasons, earning a Pro Bowl spot with the Raiders in 1994. After retirement, his family moved to Morgantown. He is involved in several charities and philanthropic efforts. Most notably, Hostetler is leading an effort that has raised over a million dollars for construction of a special floor at the WVU Medicine Children’s Hospital. More information about the project can be viewed here.

“The top floor is called the, ‘I Am a Mountaineer’ floor. It was a dream of mine with how many athletes have come through our doors in men’s and women’s sports. Why can’t we as athletes come together and join our finances and do something that is special to help our kids and families that are going through some of the most difficult times in life?