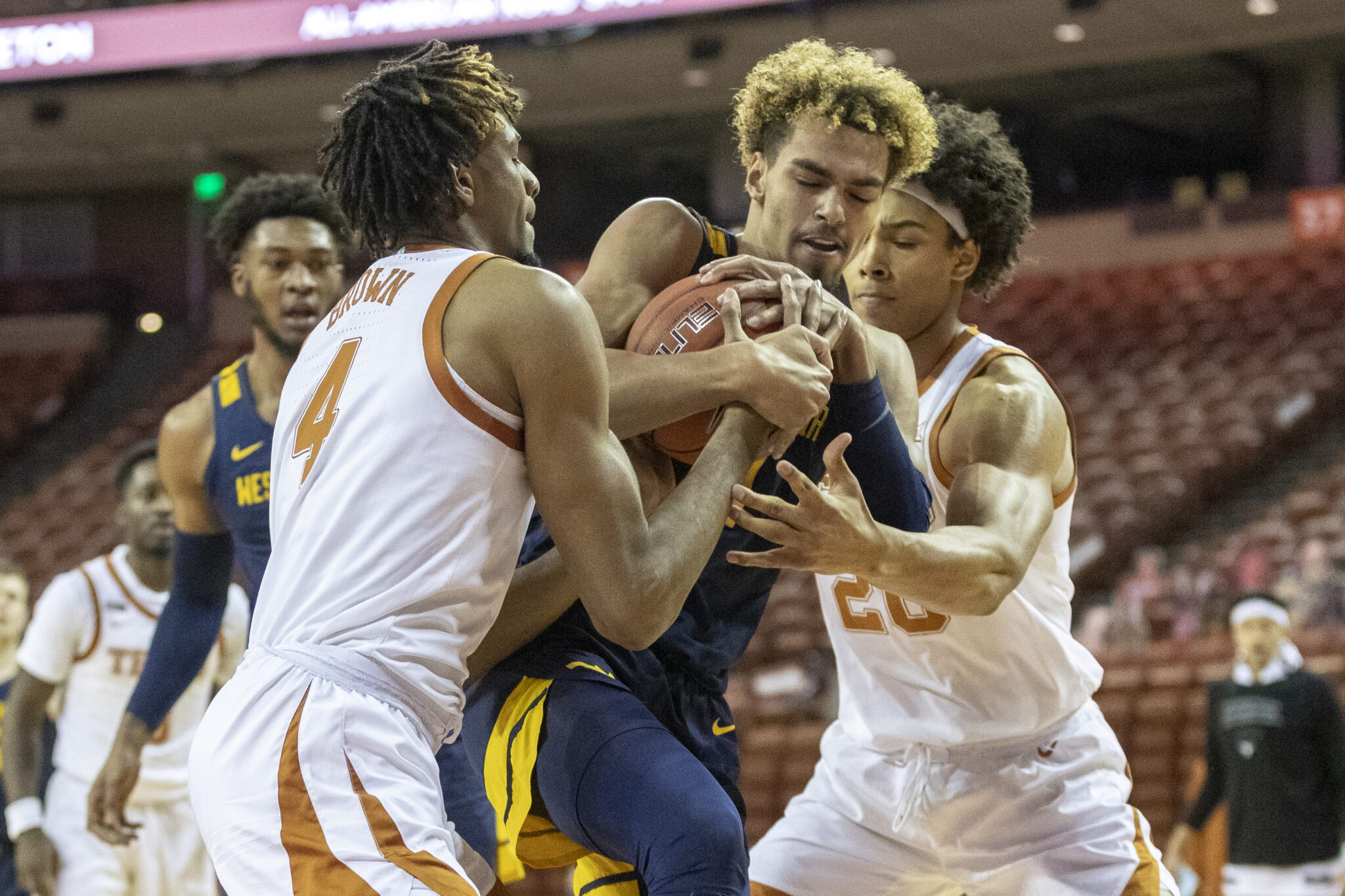 Ahead of his junior season at West Virginia, Emmitt Matthews Jr. had only been a part of four road wins with the Mountaineers.

During Matthews’ freshman campaign, the team stumbled to a 15-21 record, losing all 10 of their road games.

While West Virginia was much improved a season ago and compiled a 21-10 mark, it was still only 4-8 on the road.

This year, however, fortunes have changed away from home for the Mountaineers (15-6), who have won six of eight road games and are 9-3 away from the Coliseum.

“I like to think of it as revenge for my first two years here,” Matthews said following Saturday’s 84-82 triumph at Texas. “My first year here, every team took it to us and we couldn’t really do anything about it. Every team tried to beat us by 30, 40, it didn’t matter. This year I feel like is a big year for us and winning on the road happens to be one of the things we’re doing really well.”

The victory at Texas marked West Virginia’s fifth straight road win in Big 12 play after the Mountaineers had lost at Kansas and Oklahoma to begin conference play away from home.

In two of those five wins — back on January 4 at Oklahoma State and against Texas — West Virginia overcame a 19-point second half deficit to complete an improbable rally. After allowing 70 points over the first 27 minutes at Texas, the Mountaineers limited the Longhorns to 12 points over the final 13 minutes.

“We had a lot of energy, but we tried to stay calm, because obviously that run could have stopped whenever,” Matthews said. “We’re happy it kept going and once we got the lead, we kept going from there. We tried to keep the momentum as much as we could.”

Yet after going on top 81-76 with 3:52 remaining, West Virginia fell back behind  57 seconds later after consecutive 3-pointers from Courtney Ramey.

According to Matthews, it was the team’s even-keeled approach that allowed it to prevail late.

“Ramey came off the bench with four fouls and hit two back to back. In situations like that, you have to try to keep the energy and not get too high or too low,” Matthews said.

With the win, WVU jumped ahead of Texas into fourth place in the Big 12 standings and the Mountaineers have a realistic chance to finish second or third in the conference.

West Virginia seeks its sixth straight conference road win Tuesday at TCU, before Thursday’s showdown at Baylor in what will mark the team’s final true road game this season.

Victories this month at both Texas Tech and Texas are likely viewed as the Mountaineers’ best wins on their NCAA Tournament resume. Combined with Big 12 road wins against Oklahoma State, Kansas State and Iowa State, along with a non-conference victory at Georgetown, and West Virginia has shown it’s more than capable of being successful away from home.

“We know for us to do what we want to do in the Big 12 we have to win home games, but we’ve given up home games that we should have won,” Matthews said. “Winning on the road is one of the hardest things you can do. Usually you’re playing against the fans, but it’s still unfamiliar territory.”