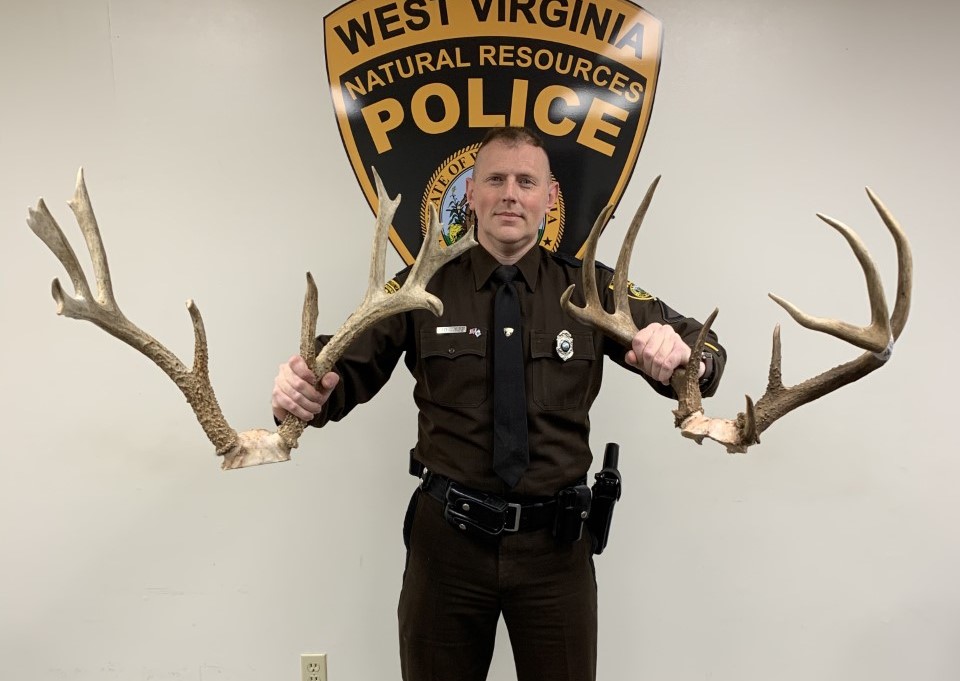 WELCH, W.Va. — A North Carolina man faces a list of poaching violations in West Virginia and if convicted, the price tag for illegally killing two trophy bucks in the Mountain State could be substantial.

The suspect, from Statesville, N.C., faces charges of killing two trophy bucks in McDowell County on two separate days in November 2020. West Virginia Natural Resources Police, who have not yet released the identity of the suspect, received information which indicated the bucks were taken in violation of the law.

“Like a lot of things the investigation started with help from people in the community. That’s our greatest resource for information. We received information of possibly two bucks being taken illegally,” said Natural Resources Police Officer Jonathan Gills in McDowell County.

According to Gills, once they learned the suspect was from North Carolina they reached out to officers with the North Carolina Wildlife Resources Commission.

“They were a HUGE help to us,” said Gills.

Officers from the two agencies were able to come up with photographs and other physical evidence in the case which proved both bucks were killed in West Virginia. Turned out one of the bucks in question was actually checked in as being killed in North Carolina. Now, North Carolina investigators are closely watching the West Virginia case and the individual will likely face charges in his home state as well.

Gills said the evidence also showed both bucks were killed with a crossbow. McDowell County is one of West Virginia’s four archery-only hunting counties. Unlike the rest of West Virginia, crossbows are not allowed in those four archery-only counties unless the hunter has a Class Y hunting permit. According to Gills, the suspect did not have such an exemption. The archery counties also have a limit of one buck per season, taking the second buck also constituted a violation.

The two deer have extremely recognizable antler features and Gills believed it is very likely other hunters in McDowell County have trail cam pictures of them.

“Both deer have highly identifiable key features,” he explained. “Somebody who hunts is going to be able to look at that deer and know if they’ve seen it before.”

Some of those pictures are part of the case.

“We’ve been sent a lot of photos and there are a lot of folks who are upset these deer were taken,” he explained.

Natural Resources Police said they also expect they’ll get many more pictures of the two bucks on the hoof as word of their demise gets out.

If convicted, the fines and court costs could be substantial, but the calculation of those costs will be up to the Magistrate. However, under the state’s enhanced trophy buck regulations, the replacement costs for taking the two bucks illegally will certainly be substantial. The replacement cost for any deer killed illegally in West Virginia is $500. However, since these two are trophy status, the figures ramp way up. According to Gills, the replacement cost for these two deer, both of which are Pope and Young Record Book caliber, will be in the range of $15,000.

The Legislature a year ago increased those replacement costs for trophy bucks. Gills said it was a major weapon to deter poaching of big bucks in his county.

“Our department was given a great asset with that. Basically, they’re stealing the deer. They’re stealing quality bucks from legitimate hunters; men, women, and kids who are trying to go out and enjoy the sport,” Gills said.

So far, no court date for the suspect had been set.

Outdoors
Charges dropped in McDowell County poaching investigation
David Craft, formerly of Statesville, N.C. fought allegations he illegally killed a deer in McDowell County until the case was finally dismissed earlier this year
By Chris Lawrence
Outdoors
Logan County hunter kills an oldie
It's rare for any buck in West Virginia to outlive his physical potential, but the buck killed by Bucky Sargent of Logan in November 2022 led quite a life to the very end.
By Chris Lawrence
Outdoors
Singer Donnie Davisson finally bags the Big 8
Half of the country music duo The Davisson Brothers shares the story of hunting a big buck on his family farm in Harrison County
By Chris Lawrence
Outdoors
West Virginia hunters ready for another buck season
It's a season built as much on tradition, friendship, and Mountain State heritage as it is on the pursuit of whitetail deer.
By Chris Lawrence