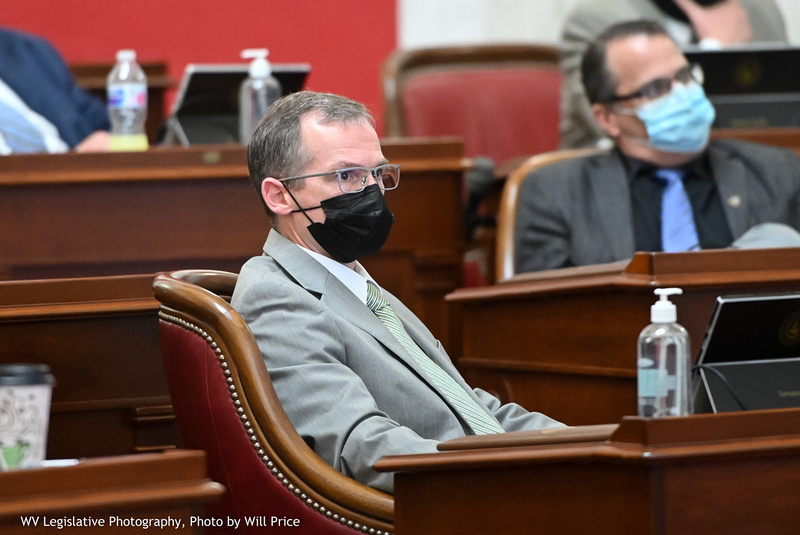 If the resolution passes, that’s not the end of the process. Voters would weigh in on the possible amendment to the state Constitution, where property taxes are defined.

HJR 3 could lead to a Constitutional amendment allowing the Legislature to make changes to the property taxes that businesses pay on inventory, machinery and equipment. The exemptions also could apply to people’s automobiles.

Manufacturers point to West Virginia’s position as an outlier in taxing inventory, machinery and equipment, saying the taxes create a competitive disadvantage for the state.

If changes were allowed, specific legislation actually making the changes would have to be passed for anything to go into effect. “Just passing this doesn’t do anything to current revenue,” noted Senator Eric Nelson, R-Kanawha.

There is already discussion of that possibility, though, because of how central property taxes are to funding local government services.

“It goes to schools, it goes to county government, it goes to city government and just a smidge goes to the state,” said Jonathan Adler, executive director for the West Virginia Association of Counties.

Lawmakers have already been discussing future scenarios in which a new revenue source for local governments is identified to make up for possible property tax cuts.

So on Monday night, the Senate Judiciary Committee considered and approved a change to allow counties to impose a 1 percent sales tax on consumer goods and services. That section of the bill was labeled “County Personal Property Tax Alternative Tax Authorization.”

The Senate Finance Committee met just a few hours later, Tuesday afternoon, and considered a bill more in line with what the House of Delegates originally passed, removing that section.

That caused some senators to ask for clarification.

“This bill changed pretty significantly last night at Judiciary, but if I understand correctly the proposed strike-and-insert today takes this back to the way it came over from the House and undoes the changes that Judiciary did last night — is that correct?” asked Senator Stephen Baldwin, D-Greenbrier.

Adler, questioned by Senator Ron Stollings, said the 1 percent sales tax probably wouldn’t have brought in much revenue for smaller counties anyway. If municipalities already have their own sales tax, then the county tax would only apply on goods sold outside the municipality.

Adler said he was “certainly concerned about rural counties that don’t really have any businesses outside their communities, their small towns — so this amount of money would be negligible for those counties.”

He added, “Some counties certainly would do well, the larger counties, but not the smaller ones.”

The West Virginia Manufacturers Association — and its members that are affected by the property taxes that could be changed — expressed satisfaction that the resolution is nearing legislative passage. The association prefers the version that originally passed the House, which is what Senate Finance approved on Tuesday afternoon.

The association says the resolution would give the Legislature flexibility in the future to address the way the property of businesses is taxed.