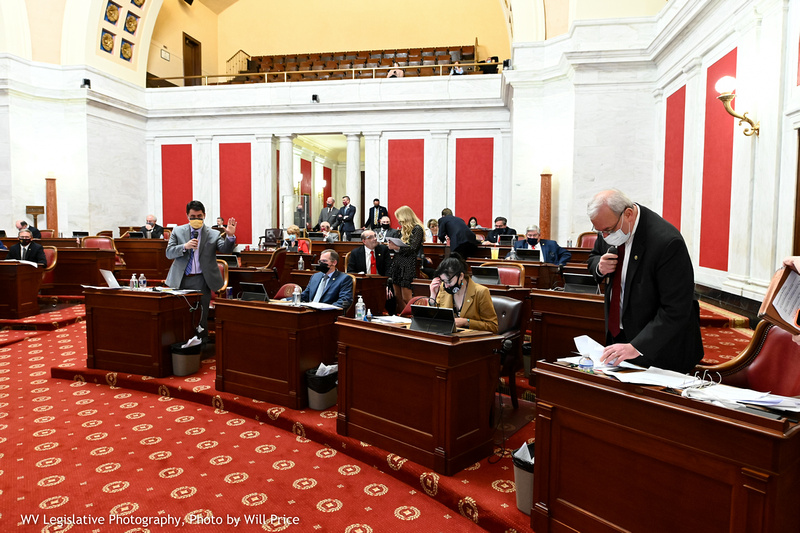 Senators swiftly adopted a resolution that could allow lawmakers to lower personal property taxes paid by businesses on inventory, machinery and equipment as well as the taxes people pay on their vehicles.

As the legislative hour grew late on the final day, the chairmen of Judiciary and Finance withdrew amendments adopted by their committees, possibly to make it easier for delegates to just acknowledge a version they’d already passed March 31.

Senators adopted the resolution 29-5. There was no debate at all tonight.

That’s not the end of the process. Voters would weigh in on the possible amendment to the state Constitution, where property taxes are defined.

Senate Finance Chairman Eric Tarr, R-Putnam, said that issue would be on ballots for the next General Election in 2022.

HJR 3 could lead to a Constitutional amendment allowing the Legislature to make changes to the property taxes that businesses pay on inventory, machinery and equipment. The exemptions also could apply to people’s automobiles.

Manufacturers point to West Virginia’s position as an outlier in taxing inventory, machinery and equipment, saying the taxes create a competitive disadvantage for the state.

If voters approve a constitutional amendment to give the Legislature more flexibility, future lawmakers could decide to change those tax rates or provide exemptions.

Representatives from those government bodies have already expressed concern about how the money might be made up.