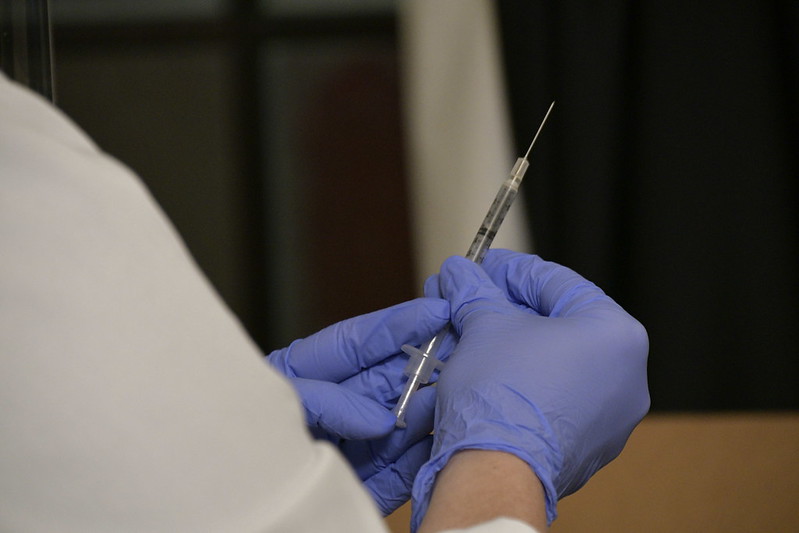 CHARLESTON, W.Va. — Gov. Jim Justice has announced that all use of the Johnson & Johnson COVID-19 vaccine in West Virginia will be paused immediately until further notice, following the recommendation released Tuesday by the Centers for Disease Control and Prevention and the Food and Drug Administration.

Clinics that are scheduled to use the Johnson & Johnson vaccine will substitute with another COVID-19 vaccine manufacturer as supplies allow, a release said.

“The safety of West Virginians is always our first and foremost priority,” Gov. Justice said. “This pause will not impact our ability to continue vaccinating West Virginians, and is exactly the reason why we stood up our Joint Interagency Task Force led by our West Virginia National Guard. They were absolutely ready for this scenario.”

The two federal agencies made the recommendation six reported U.S. case of what’s described as “a rare type of blood clot in individuals.”

Johnson & Johnson said in a statement, “The safety and well-being of our people who use our products is our number one priority. At present, no clear casual relationship has been established between these rare events and the vaccine.”

The WV DHHR, through the federal Vaccine Adverse Event Reporting System), has not received any reports of these extremely rare blood-clotting events in West Virginia residents who have received the Johnson & Johnson vaccine, Justice’s office said. The DHHR will continue to monitor for instances going forward.

Marshall University announced its on-campus vaccination clinic on Tuesday will use the Moderna vaccine, which requires a second dose. Everyone who receives their first dose on Tuesday will be notified when it’s time for their second dose. The clinic had been set to give out Johnson & Johnson shots.

Due to this morning’s pause of the Johnson & Johnson vaccine by the CDC and FDA, today’s on-campus vaccination clinic will use the Moderna vaccine, which requires a second dose. Everyone who receives their first dose today will be notified when it’s time for their second dose. https://t.co/xx3CBOdDnW