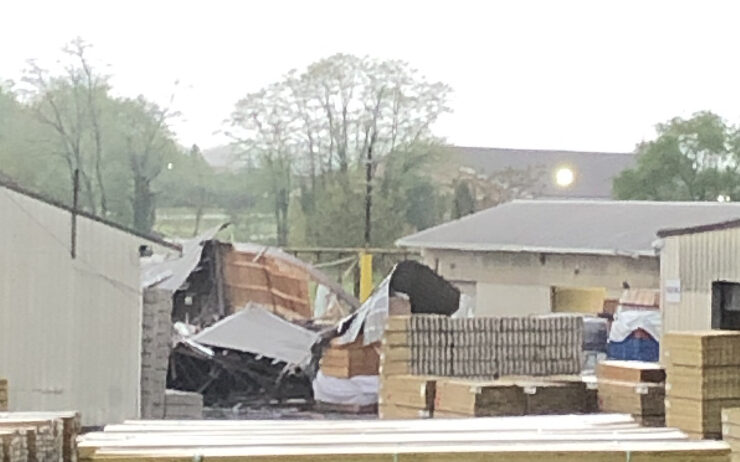 CHARLES TOWN, W.Va. — The National Weather Service is examining damage and other evidence from a wind storm Monday evening in Jefferson County to see if it was a tornado.

Only the NWS can officially determine if it was a tornado, but those who lived through it don’t need any expert opinion.

“One of the persons I interviewed was outside and he said it sounded like a freight train,” said Steve Allen, director of the Jefferson County Office of Homeland Security and Emergency Management.

Stephen Allen, Director of the Jefferson County Office of Homeland Security and Emergency Management, talks with @HoppyKercheval about the storm that hit Ranson. WATCH: https://t.co/yCFQ3nDJuy pic.twitter.com/l3YrMZa94r

The sound is most often associated with a tornado. Damage was scattered in a narrow part of the Ranson community. Appearing on MetroNews “Talkline”, Allen said the damage was to a few homes and businesses in a tight area, but it was enough to rip off a couple of roofs and topple a semi-trailer.

It lit up the phones around 6:15 p.m. at the local 911 center in Charles Town. A few minutes later the National Weather Service triggered a tornado warning on phones across Jefferson County.

Allen said only one minor injury was reported.