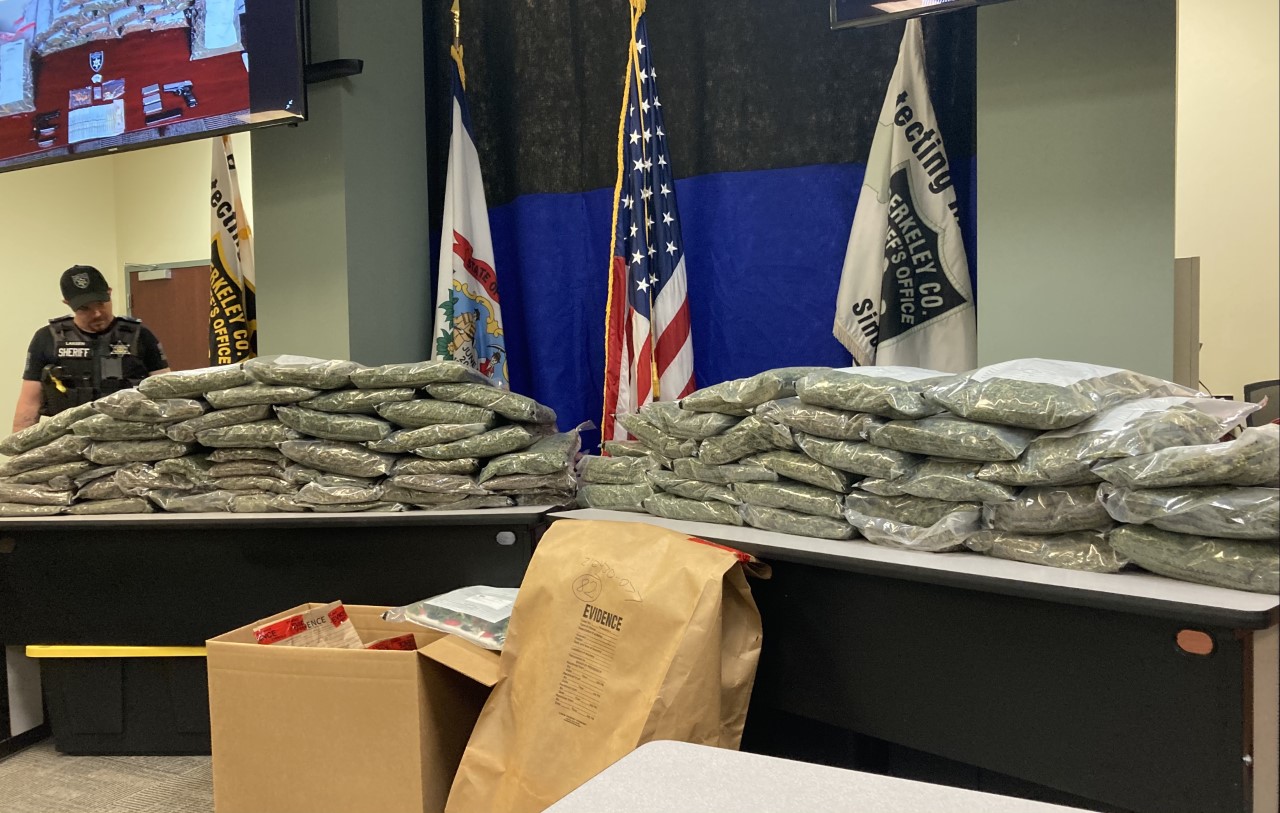 MARTINSBURG, W.Va. — A Berkeley County man is facing charges after authorities conducted one of the largest drug seizures in the county’s history.

Jamie Lewis Jean, of Bunker Hill, has been charged with the cultivation of marijuana and being a prohibited person in possession of a firearm related to a search last week.

Authorities identified Jean on April 29 and searched his residence the following day; they found approximately 27 pounds of processed marijuana.

“What you see in front of you, and we went back as far as the ’70s, is the largest drug seizure in Berkeley County as it pertains to marijuana,” Harmon said.

Jean is being held at the Eastern Regional Jail.