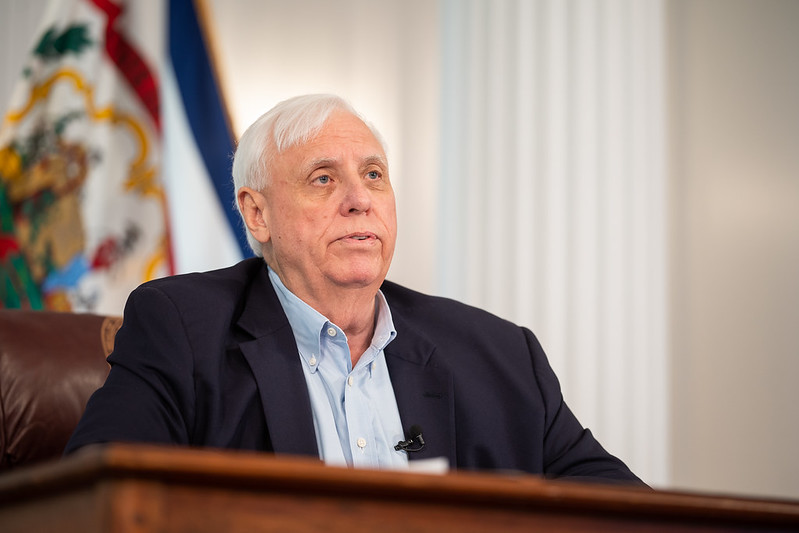 Gov. Jim Justice and his family businesses are suing yet another financial institution over millions of dollars in loans.

The latest lawsuit filed this week claims Justice’s companies once had a personal and relatively loose relationship with banker Worth Carter of Virginia until his 2017 death, but that new leaders at the bank instituted more and more restrictions in recent years, tightening cash flow for the family businesses.

“Carter Bank is no longer a ‘lifetime financial partner,’ as it proclaims and as it had acted prior to Worth Carter’s death but a determined, self-proclaimed adversary,” wrote lawyers for multiple businesses owned by the governor and his family.

The lawsuit filed in U.S. District Court for the Southern District of West Virginia attempts to hold Carter Bank liable for $421 million in damages to the Justice companies.

The suit indicates the Justice companies have $368 million of outstanding loans with Carter Bank. The lawsuit indicates Justice and first lady Cathy Justice personally guaranteed those loans. Their son, Jay Justice, is also guaranteed loans to a limited amount in his role as chief executive of the companies.

This is the latest indication of financial conflict for the governor’s private businesses.

The Wall Street Journal reported this week that Justice is personally on the hook for up to $700 million in debt with a different financial services company, the international Greensill Capital.

During a news briefing Tuesday, Justice confirmed those personal guarantees.

Although the latest lawsuit against Carter Bank was not yet public at the time of the briefing, Justice’s remarks made reference to a longtime relationship with founder Worth Carter and a longstanding practice of personally guaranteeing big loans.

The Justice companies filed suit in March against Greensill, claiming that company had laid out a misleading series of loan offers until the financial service company collapsed this spring.

The Journal reported that Greensill packaged such loans and sold them to investment funds managed by the financial services company Credit Suisse.

Credit Suisse is now pressing to recover lost investments and has has named Justice’s Bluestone Resources as one of three major borrowers from the Greensill funds. That original loan amount was $850 million, although that’s been paid down to the $700 million in question.

Now Justice’s lawyers have opened another legal and financial dispute against Carter Bank.

The lawsuit contends Jim Justice and  Worth Carter developed a relationship in 2001, leading to trust that could seal loan arrangements based on their personal bond.

“Sometimes he would tell them the lending was approved and shake hands,” the lawsuit states. “Money would then be advanced and the ‘details’ (lien documentation, loan documentation) would be handled days or weeks later.”

Starting in 2012, when tough times hit coal companies, Worth Carter approached the Justices about lending even more money so the companies could stay afloat, according to the lawsuit. By the end of 2015, Carter Bank had loaned more than $400 million to the Justice companies in anticipation of a coal industry rebound.

The situation changed in 2017, late in Justice’s first term as governor, when Worth Carter died and “the relationship abruptly and rapidly began to deteriorate.” The bank’s new managers began to place greater restrictions on Justice’s financial arrangements.

“This hostility came despite what was then an over 15-year mutually beneficial relationship during which the Justice Entities had consistently and timely serviced all debt owed to Carter Bank,” the Justice lawsuit states.

Relations deteriorated communications between the Justice companies and bank managers. The Justice lawsuit describes a “childish ‘communication protocol’ that Defendant Carter Bank’s counsel purports to enforce with the fervor of a middle school hall monitor.”

That meant all communication between the companies was supposed to be strictly written from attorney to attorney.

The friction culminated in the past eight weeks, the lawsuit says, when Carter Banks “stonewalled the Justice Entities’ financing of a substantial portion of the outstanding debt owed to Carter Bank with a new lender.” The lawsuit doesn’t say so, but that timetable coincides with the Greensill troubles.

Particularly at issue is a five-year loan on Greenbrier properties that came due June 1. The lawsuit contends the Justice companies started examining options to replace Carter Banks as a lender but that the bank refused to engage.

“The dynamic, trust-based relationship Governor Justice and Worth Carter worked tirelessly to create over the course of 15 years has been abandoned and destroyed by Defendants’ deceptive and bad faith conduct since Worth Carter’s death in 2017,” the Justice lawsuit states.

“As such, plaintiffs have suffered substantial harm.”