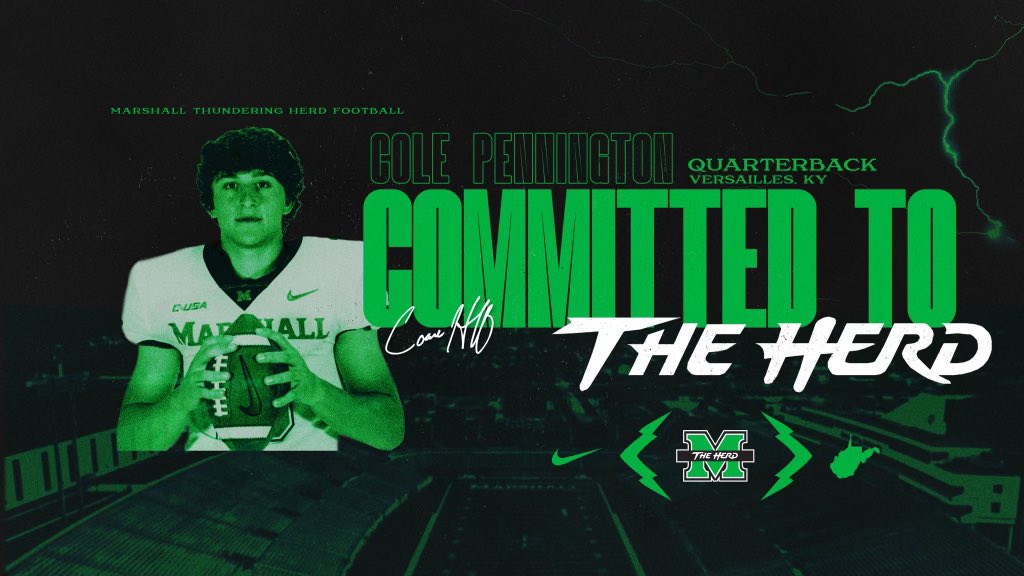 Marshall faithful are rejoicing as if it’s 1995 all over again as another Pennington has committed to join the Thundering Herd football program.

Marshall was the first school to offer Pennington a scholarship back in September 2020.

Pennington becomes the 17th prospect to commit to Marshall’s class of 2022 and joins fellow quarterbacks Chase Harrison and Peter Zamora as signal-callers in the class.

Pennington will play one more season at Sayre School (Ky.) for his dad, Chad, who is the head coach for the Spartans.

Cole is rated a 3-star prospect by 247 Sports and holds offers from Ball State, Akron, Eastern Kentucky, and UT-Martin.

Chad Pennington starred at Marshall from 1995-1999, before being selected by the New York Jets in the first round of the 2000 NFL Draft. Pennington would go on to play for the Jets and Miami Dolphins before calling it a career in 2010.