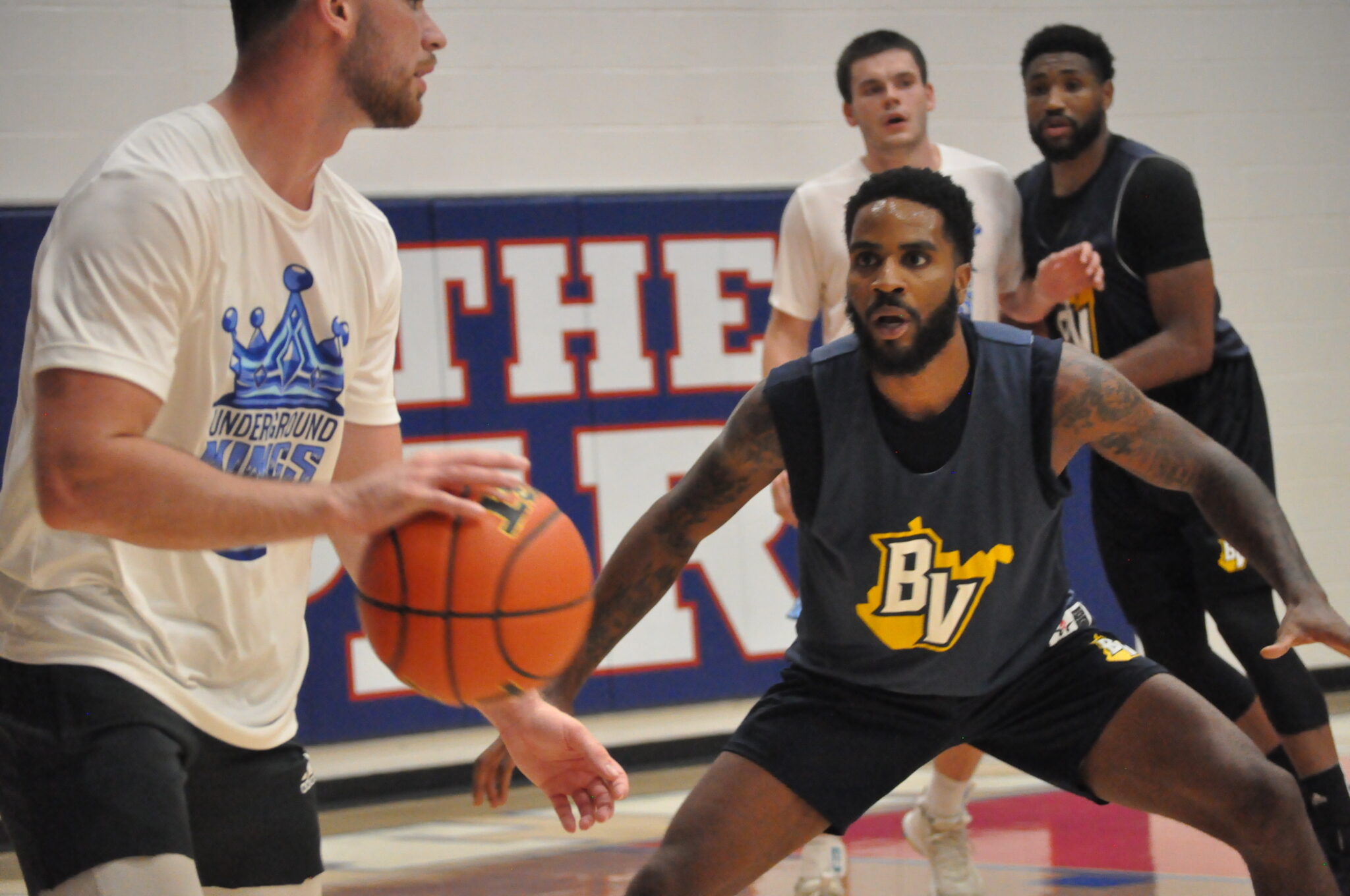 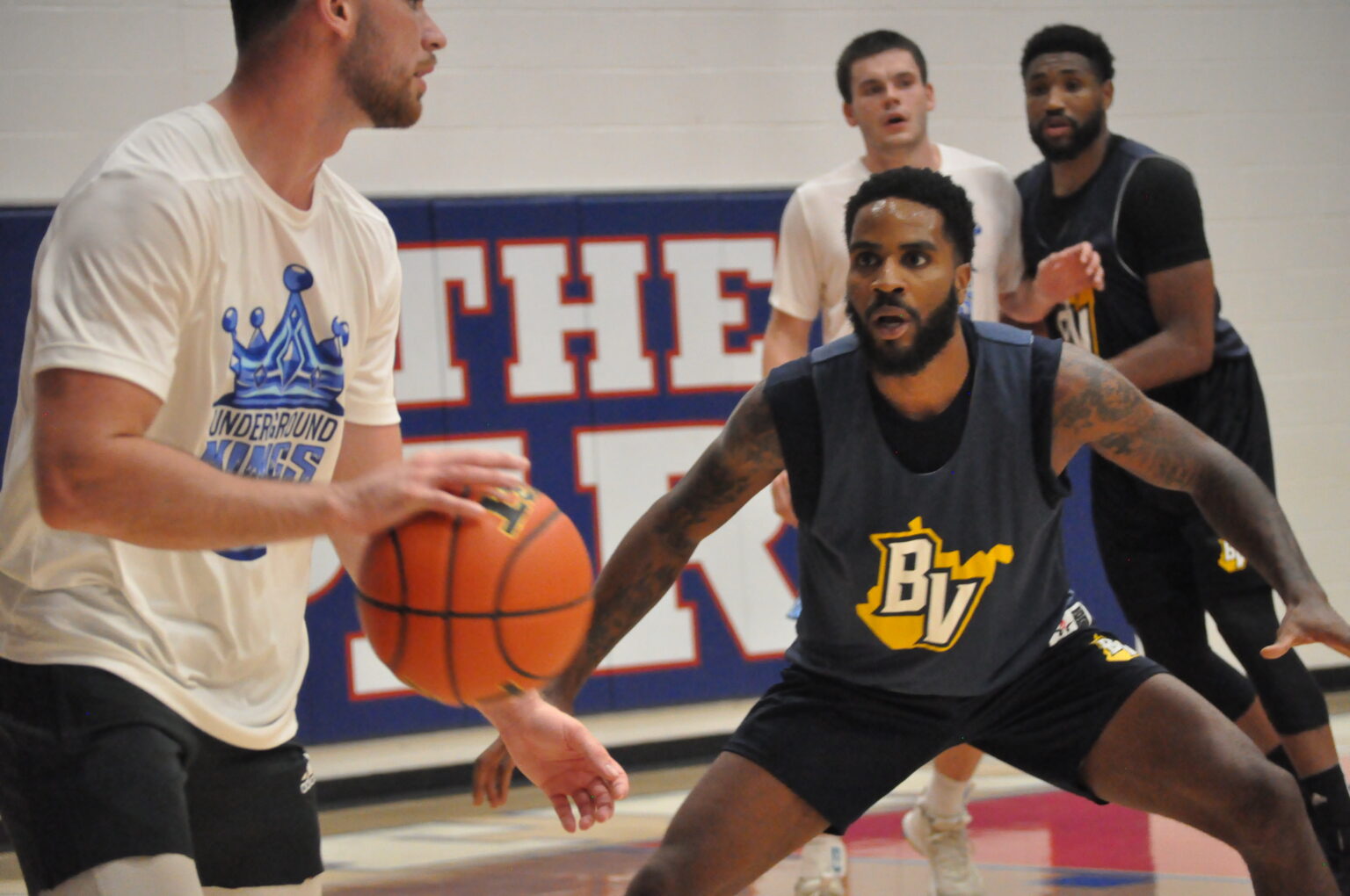 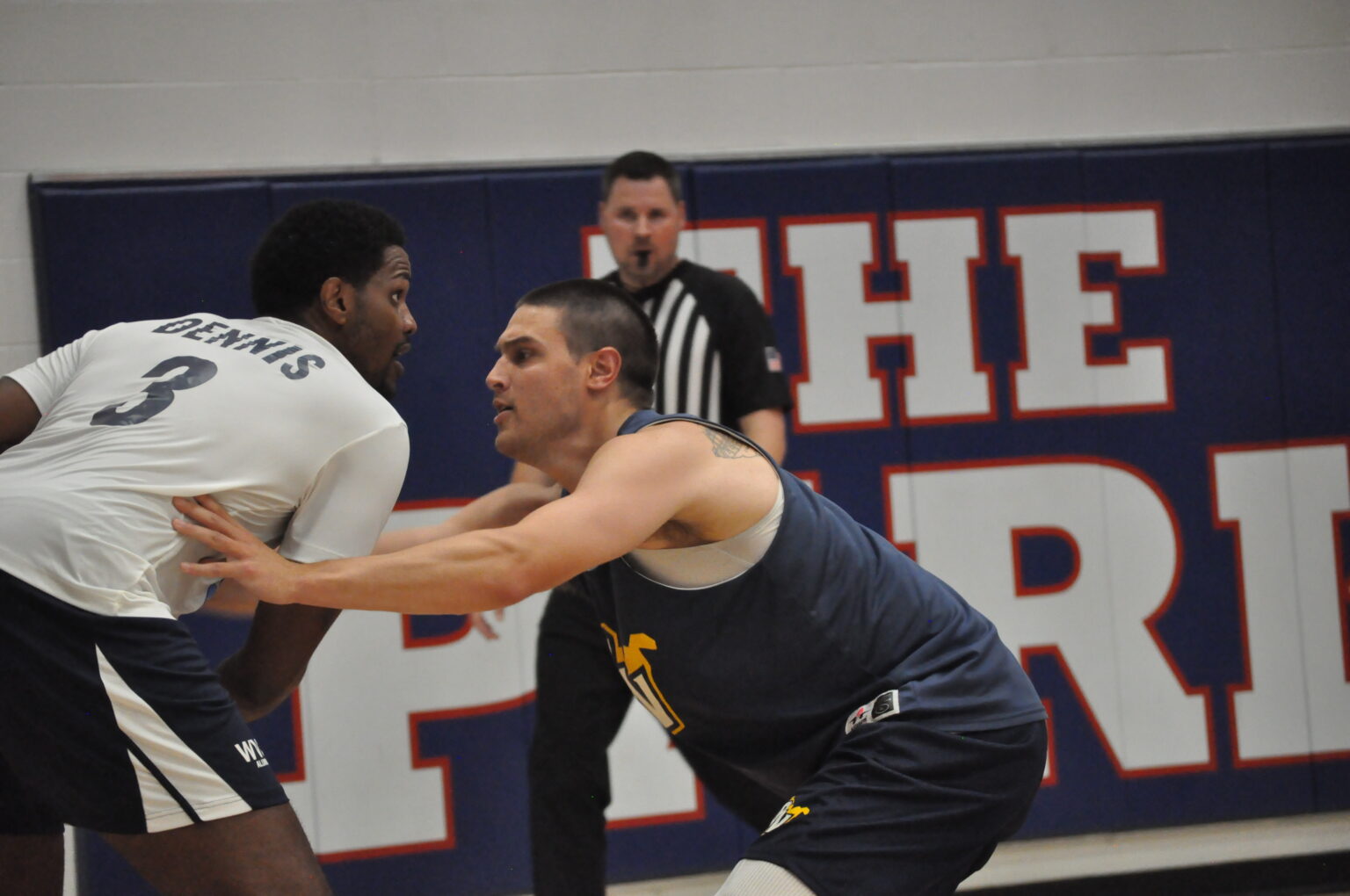 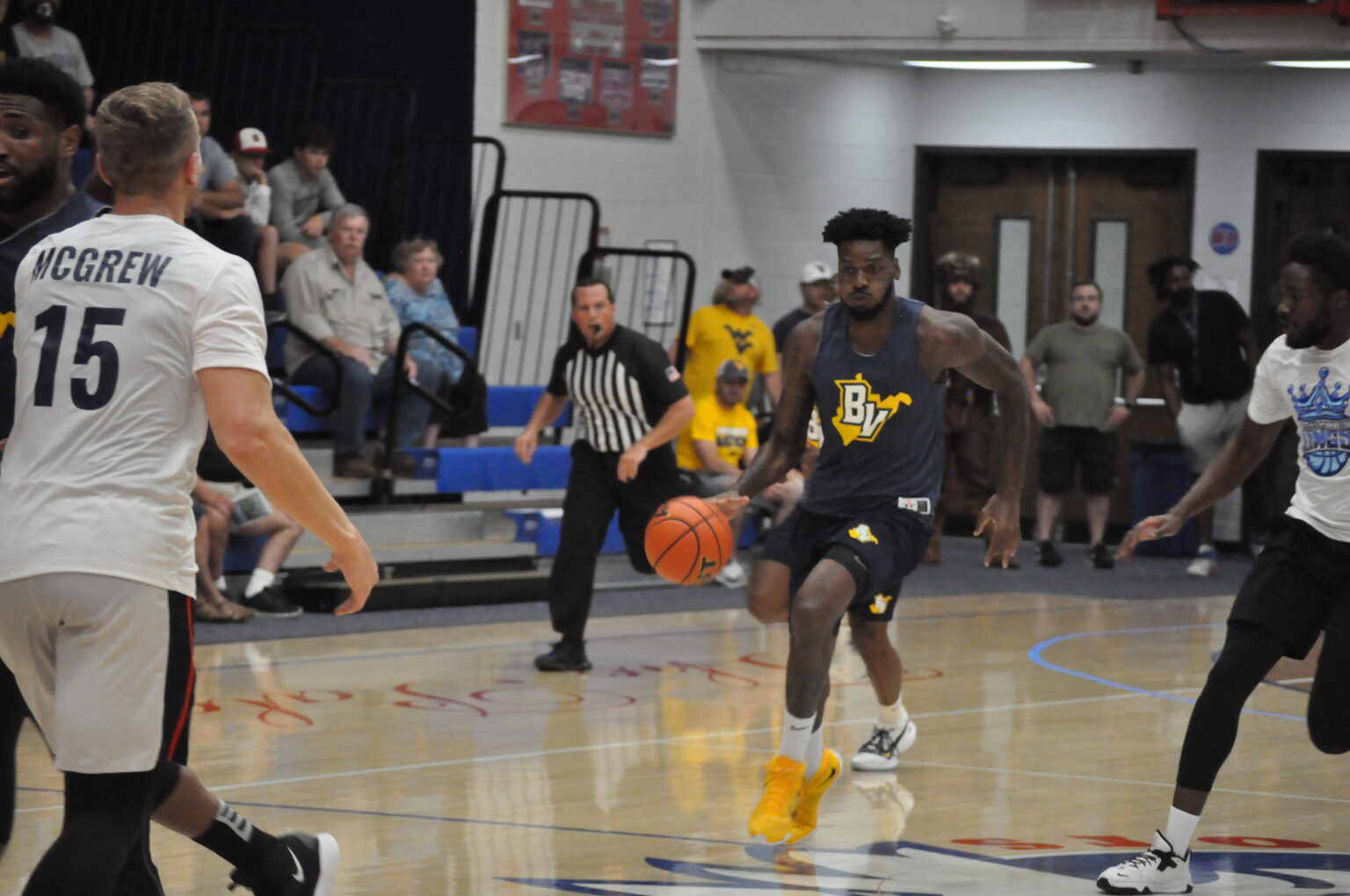 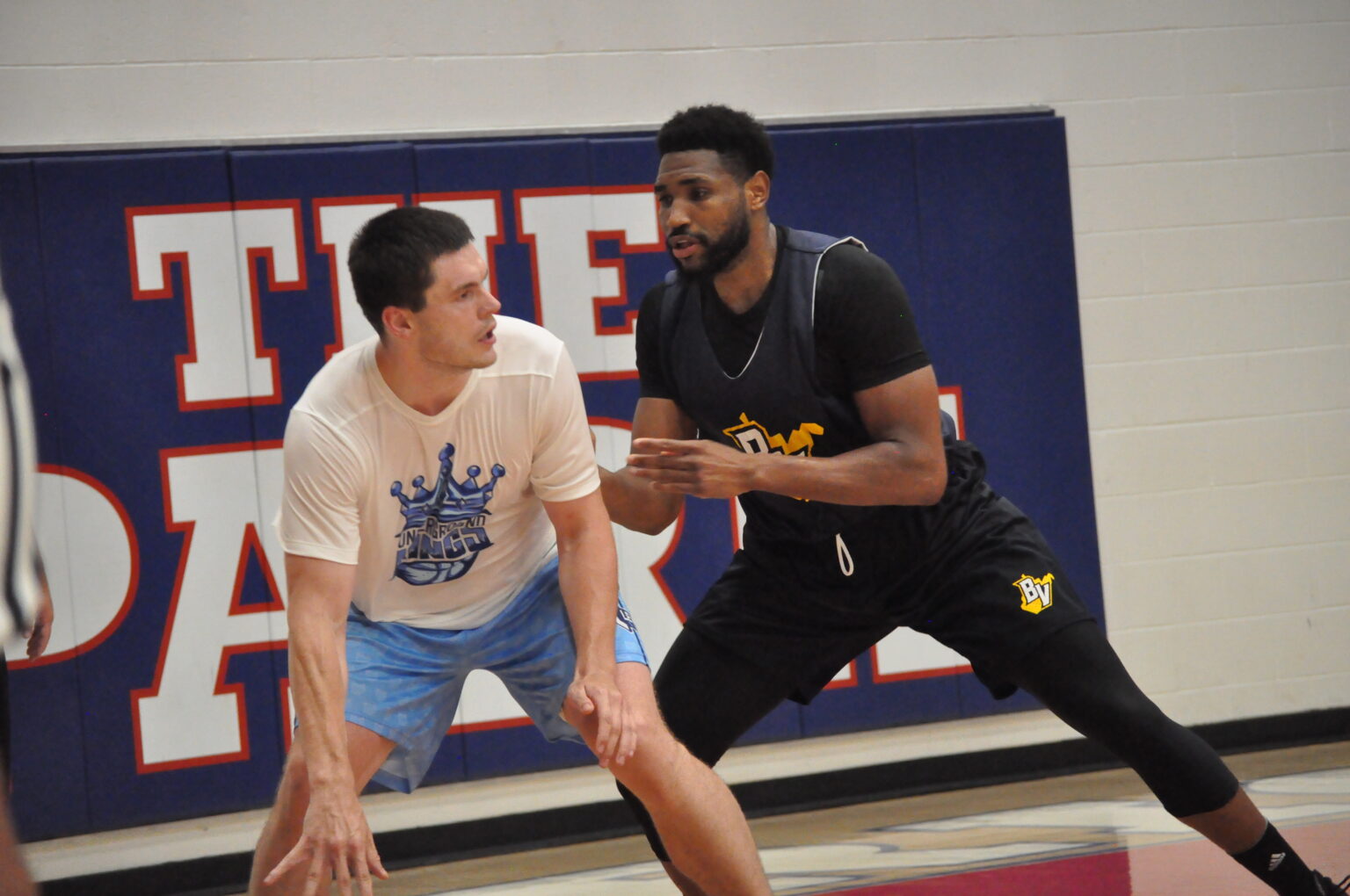 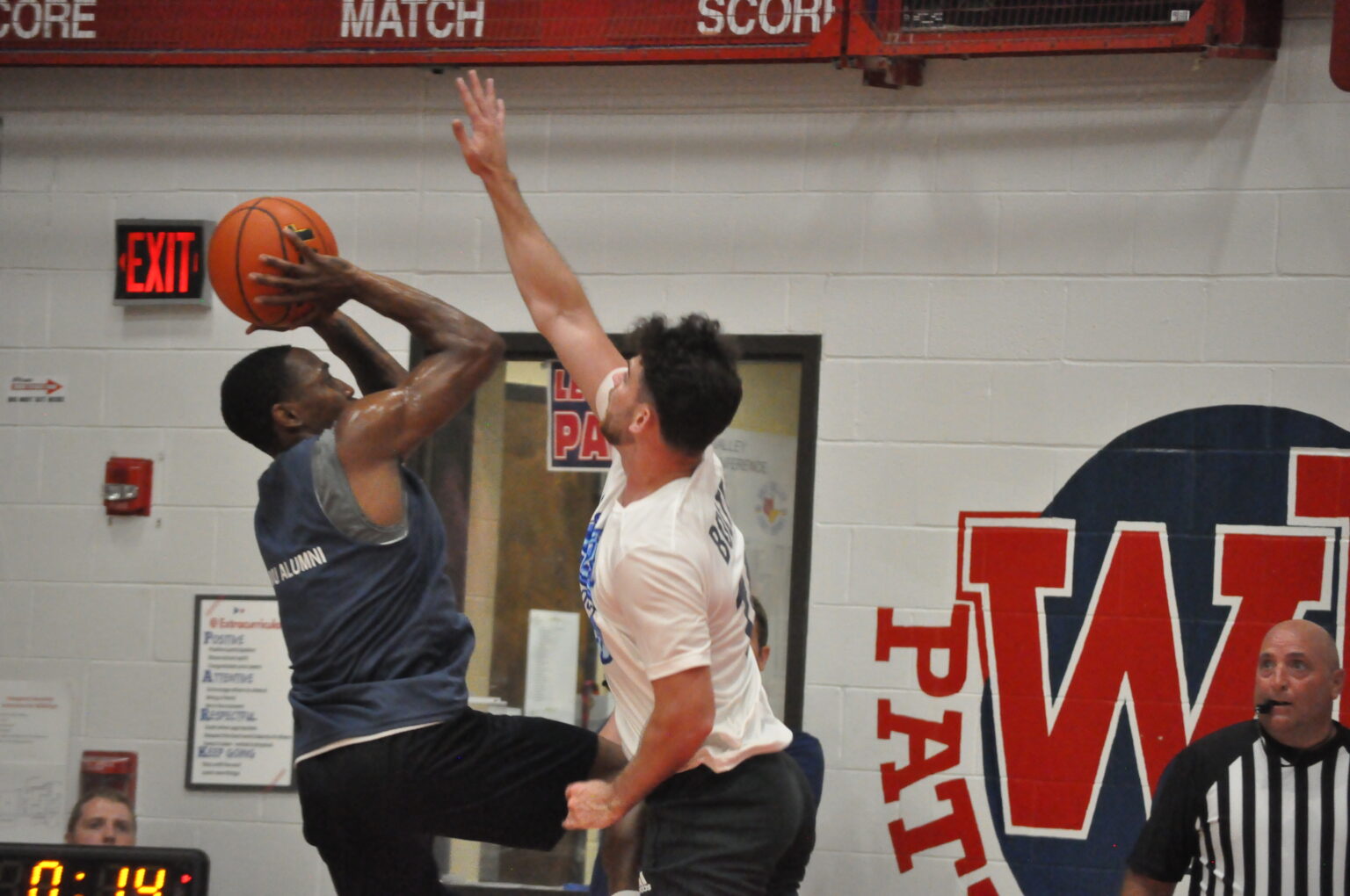 WHEELING, W.Va. — The second and final of Best Virginia’s two exhibition games didn’t have much in common with the first.

While West Virginia’s alumni team rolled by Southern Elite on Wednesday in Beckley, Friday’s affair with the Underground Kings played out in far different fashion at Wheeling Park High School.

Underground Kings jumped out to an 11-0 lead and led by eight points after the first quarter, before Best Virginia’s defense turned the game in its favor, allowing it to pull away for a 77-63 victory.

“It was a good challenge and it’s going to be great to get some feedback,” Best Virginia coach James Long said. “Exhibitions are tough, because it doesn’t count for anything, but it’s great getting game reps.”

The Elam Ending was adopted with Best Virginia leading 69-53 and 3:55 remaining. The first team to 77 won, and although Underground Kings got to within 72-61, Staten helped end the contest with consecutive field goals.

Staten led all players with 26 points, including 15 after halftime, when Best Virginia outscored Underground Kings 36-24.

“We fell down early, so we had to pick up our sense of urgency,” Staten said. “That’s the kind of guard I am — just being super aggressive, trying to make plays and make things happen. When I started being more aggressive, things started opening up and I just took what the defense gave me.”

Former Notre Dame College standout Will Vorhees, who was second in the country in scoring in 2019, keyed UK to the strong start by scoring eight early points with a pair of 3-pointers during the 11-0 surge.

“We knew that this was going to be more of a challenge and this is a team that probably should be in the TBT,” Long said. “I don’t know how the selection process works, but they’re good. Will Vorhees is a phenomenal player regardless of what level he plays at.”

Best Virginia pulled to within 19-18 following seven straight points, but Underground Kings answered with its own 7-0 run to lead 26-18 after one quarter.

But Staten scored seven of his 11 first-half points in the final 5 minutes of the second quarter, including a triple that gave Best Virginia its first lead, 34-33.

A John Flowers 3 just before the first-half buzzer sounded allowed Best Virginia to lead 41-39 at the break.

“Regardless of what you’re doing defensively, pack line or whatever it is, you have to have ball pressure,” Long said. “That’s a staple of any good defense for the most part. We did a great job of that moving forward from that first quarter, but obviously some things need cleaned up.”

BV never trailed in the second half, although UK ran off seven straight points to narrow its deficit to 48-47 on a pair of free throws from Devin Ebanks (the former West Virginia University player was also in action Wednesday for Southern Elite).

But Flowers responded with a jump hook, Chase Harler knocked down a 3 and Best Virginia led by at least six the rest of the way.

“It was good for us to have a close game,” Harler said. “Wednesday, we played in Beckley and it was kind of a blowout. But this is good for us. A lot of takeaways and we have the film, so we’ll break that down. Overall, it was a great experience.”

BV held UK to two fourth-quarter points over 5:05 of action, allowing it to turn a 61-51 lead into a 16-point advantage. Staten made a triple and a fallaway jumper in the fourth, before the Elam Ending came into play.

“We’ve been talking about some things that we’re going to do on the defensive end, but we just came out a little laxed and a little lazy,” Staten said. “After we called a timeout, regrouped and got back to our principles, we were able to execute a little better. It definitely started with the ball pressure and picking up our intensity in general.”

Flowers added 12 points in the win and Kevin Jones scored 11.

Best Virginia will have a full week to prepare for its July 17 opener in The Basketball Tournament against WoCo Showtime, a team comprised largely of Wofford alums. Tip-off at the Charleston Coliseum is set for approximately 2 p.m.