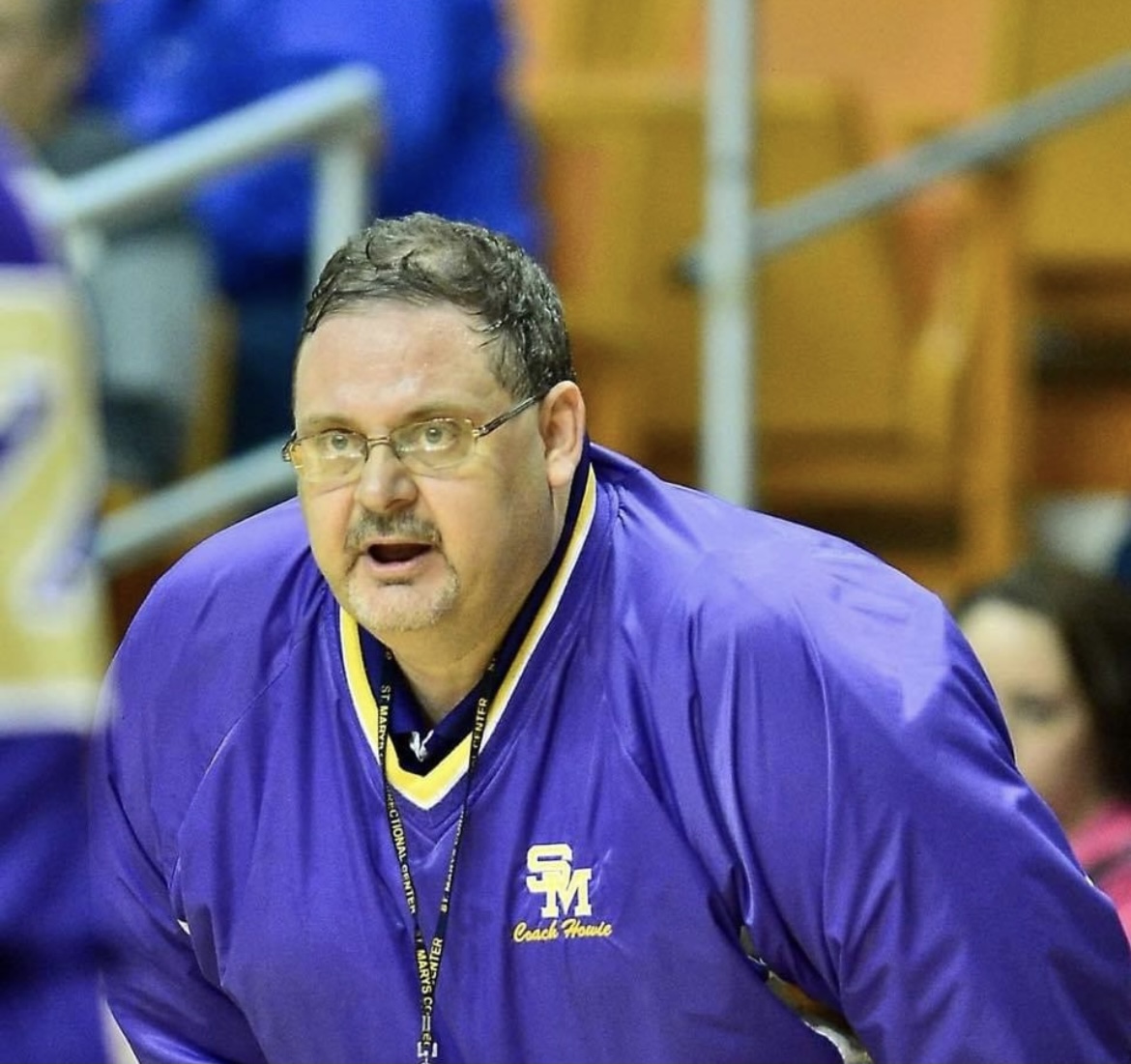 Howard Meeks helped guide the St. Marys girls basketball program to four Class A runner-up finishes from 2010-2014. Meeks will no longer coach the Blue Devils as he's accepted a position to be St. Marys' Athletic Director. Photo by Teran Malone

ST. MARYS, W.Va. — Just months after a season of uncertainty, Howard Meeks has taken on a new role at St Marys High School. In addition to holding the title of Assistant Principal, Meeks is also the school’s newest Athletic Director.

“No doubt about it — it was a hard decision to make,” said Meeks, a longtime girls basketball coach at SMHS. “I prayed about it and discussed it with my family and friends, and I think it was the best decision for myself and the community of St Marys.”

Meeks started on the Blue Devils’ girls basketball staff in 2006 as an assistant coach. He then took over as the head coach in 2007 and helped guide the Blue Devils to a 15-7 season..

Meeks left his mark on the girls basketball program, posting a successful record of 257-83. He led the Blue Devils to eight sectional championships, seven regional titles, and four Class A title game appearances in five seasons from 2010-2014.

Each of the four times SMHS reached the title game, it lost to Saint Joseph Central, which won seven straight championships from 2009-2015.

“Sometimes things happen unplanned,” Meeks said. “However, I am beyond excited to serve the citizens and students in Pleasants County.”

Meeks assured his new position at SMHS will be done with the same passion and love that he showed during his coaching career for the Blue Devils, which culminated with a 15-4 record last season.

Meeks also started a girls youth program, the Devilettes, in 1998.

“Who knew 23 years ago as a father with three daughters that wanted to provide the same opportunities that his son had,” Meeks said, “that would provide so many blessings.”

“I want to thank my wife, my kids, and my dad who taught me humor, humility, hard work, and gave me a last name that I work hard to make him proud of,” Meeks concluded.