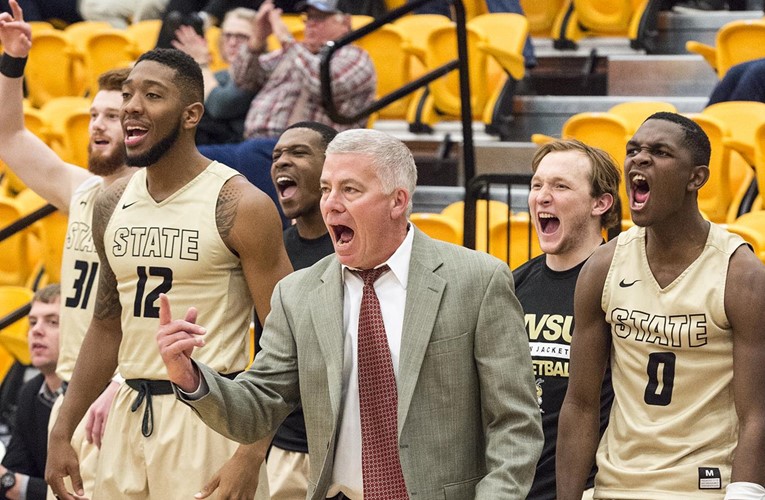 “It is a great opportunity for our program and players to enjoy,” said Yellow Jackets’ head coach Bryan Poore, who will enter his 23rd season at WVSU.

Eleven-time NBA All-Star Chris Paul has been a strong advocate for Historically Black Colleges and Universities (HBCU) over the last few years. Paul partnered with the Basketball Hall of Fame to create the four-team event.

“Kudos to Chris Paul,” Poore said. “He continues to promote HBCUs. He is a guy that does not talk the talk, but rather he walks the walk. He has put together a great package for us. All expenses will be paid for through his foundation. It is going to be a fantastic event.”

The Yellow Jackets have not started their season on the road since 2014. West Virginia State had hosted the Earl Lloyd Classic representing the legacy of Lloyd. Poore sees this as a unique experience for his players this season.

“It is great for our bonding,” Poore noted. “There is going to be great competition, and that should be good as well. I like going away from home. It is a great opportunity for us to bond and be there for three to four days.”

HBCUs originated during the late 1860s with nine schools opening up. There are 107 HBCUs across the nation with 89 percent in the southern region of the country.

West Virginia State has always been recognized as an HBCU institution.

“I have been at this university for 22 years now. Every recruit I talk to, I ask them who the first African-American was to play in an NBA game,” Poore said. Nobody, in 22 years, has been able to answer that question. That has been kind of my flight to promote Earl Lloyd’s legacy, and what he did.”

Poore is the all-time winningest coach in West Virginia State history. He has recorded more than 325 career wins, including winning the WVIAC three times.

This event is something Poore has been looking forward to for quite some time.

“It will be right up there,” Poore said on where this moment will rank all-time for him. “For a true basketball junky, which all of our players are, what this will be. College Football and the NFL have their own, but there is one hall of fame for basketball. It is the Mecca for basketball. I like to travel with our team and get them experiences.”