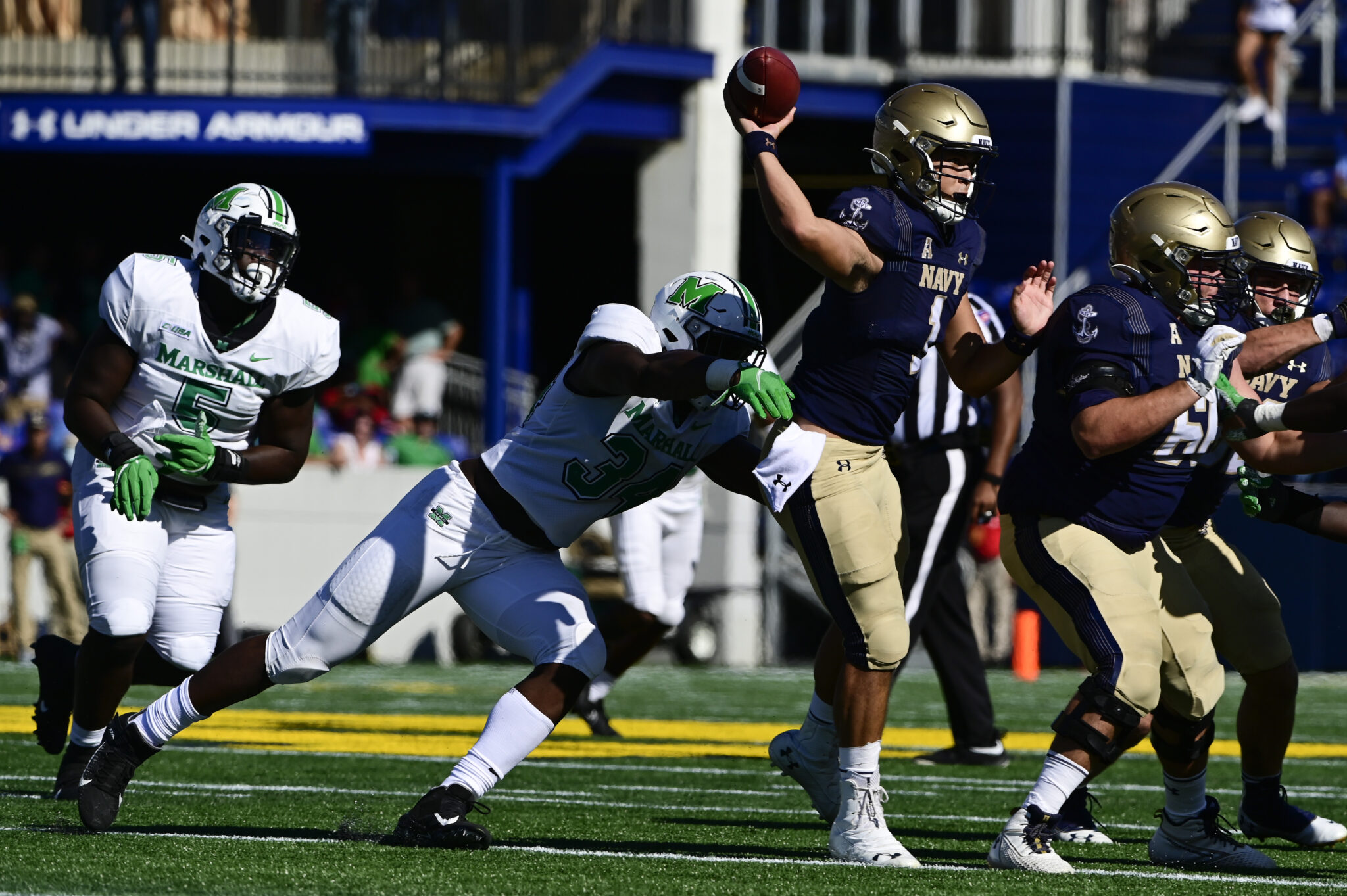 HUNTINGTON, W.Va. — Marshall and East Carolina renew a rivalry no longer played on an annual basis at 6 p.m. Saturday.

The contest at Joan C. Edwards Stadium will be televised by CBS Sports Network.

Marshall and ECU have met 15 times, with the Pirates holding a 10-5 edge in the series. The last time the teams clashed was in Huntington in November 2013, a 59-28 Marshall win that clinched a Conference USA East Division title for the Thundering Herd.

Unfortunately, the most remembered matchup in series history took place on November 14, 1970 in Greenville, North Carolina. ECU won 17-14, and later that night, the charter jet carrying the Marshall team back to Huntington crashed near Tri-State Airport, resulting in the death of 75 Marshall football players, coaches, administrators and others.

East Carolina (0-2) is coached by Mike Houston, who is 7-16 in three seasons in Greenville. Houston previously was the head coach at James Madison, where he led the Dukes to the 2016 NCAA FCS national title. The Pirates have suffered a 33-19 loss at Appalachian State and fell at home last Saturday to South Carolina, 20-17.

Here are some things to watch for in Saturday’s game:

After a disappointing start, the Pirates are looking for some success. A road win at Marshall could give ECU the boost that Houston is seeking.

Houston is confident ECU isn’t seeking sympathy despite the 0-2 start.

How does Marshall contain Houston Ahlers?

Marshall’s defense has allowed 17 points in two games, but will face a tougher challenge against an East Carolina offense led by four-year starting quarterback Houston Ahlers.

The Pirates, despite entering averaging 18 points, likely have the best offensive talent the Herd defenders have faced to this point in the season.

ECU jumped out to a 14-0 lead on the Gamecocks last week, but the offense stalled in the second half. Ahlers also threw a late first-half interception that South Carolina returned for a touchdown.

Despite the Pirates’ problems, Huff is well aware of the challenges Ahlers presents.

“You can see he’s a veteran. He doesn’t get rattled,” Huff said. “He’s got poise, whether he made a good pass, threw a touchdown or got sacked, he came right back with the same demeanor.”

The Pirates are also hopeful Keaton Mitchell and Rahjai Harris, a pair of freshmen running backs, can help lessen the load for Ahlers.

Be ready from the jump

Marshall’s offense got off to a ragged start in last week’s 44-10 win over North Carolina Central of the FCS.

Quarterback Grant Wells fumbled a snap on the opening possession and the offense looked out of sorts.

Coach Huff blamed the poor start on lackadaisical practice efforts and bad habits they create. Huff wants his team be on the attack Saturday against ECU, much like the Thundering Herd was in a 49-7 season-opening win at Navy.

The job could be made tougher by a Pirates defense’ that forced three first-half turnovers last week.

Huff is wary of the ECU defense.

MU has fumbled six times in two games, but has only lost possession once. Wells has also thrown three of the team’s four interceptions.

A reunion of Marshall’s 1971 “Young Thundering Herd” team is taking place this weekend. Members of that squad were MU players not on the plane back from Greenville in 1970, plus players who were recruited or added to the squad by coach Jack Lengyel. Marshall was also given permission to play freshmen in 1971, a move prohibited elsewhere in college football. The story of the “Young Thundering Herd” was told in the movie “We Are Marshall” starring Matthew McConaughey … Among FBS teams, Marshall ranks 12th in scoring offense, fifth in scoring defense, fifth in total offense, third in passing offense and second in passing defense … East Carolina was a 17-year member of Conference USA and was 7-3 against the Herd in the 10 years both schools were part of the league. The Pirates joined the American Athletic Conference after the 2013 season, along with other former C-USA members Tulsa, UCF, Tulane, Houston and Memphis.