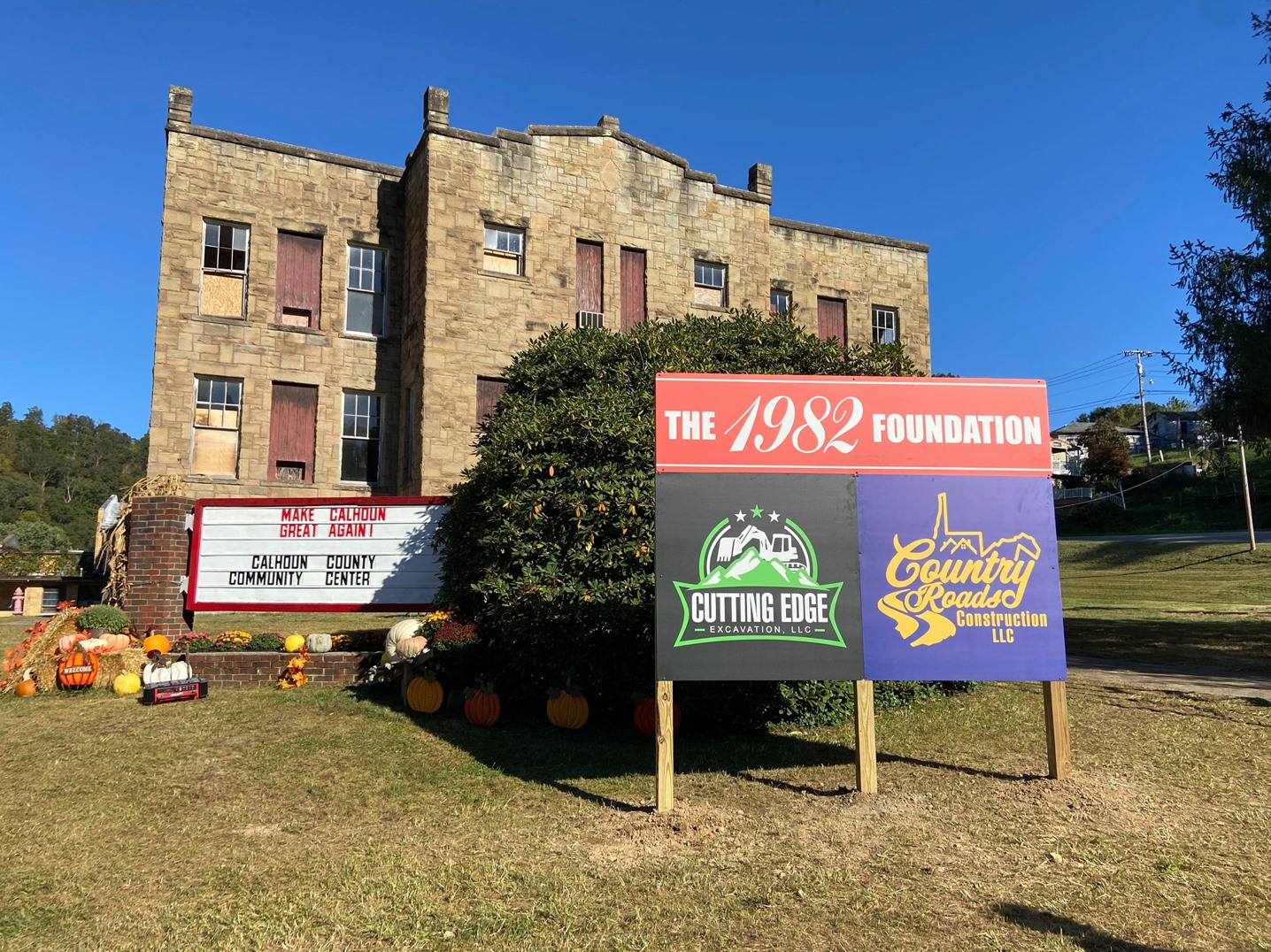 The former Calhoun County High School will be the home of the new non-profit organization the 1982 Foundation.

GRANTSVILLE, W.Va. — An abandoned high school in Cahoun County is getting a new life.

Crystal Mersh, a 1982 graduate of Calhoun County High School, founded the 1982 Foundation to pay tribute to her roots, to help revive the community and to offer school programs for students.

“Our hope is that this can be a model for other rural areas in Appalachia,” Mersh said last week on “580 Live” heard on MetroNews affiliate 580-WCHS in Charleston.

Mersh, who grew up in Arnoldsburg, said when the school building went up for sale, she and her fellow classmates bought it. She said her grandfather helped build the school.

“It’s 100 years old this year. When that became available, we very quickly put together a non-profit organization, the 1982 Foundation, bought the property and have since really gotten some excitement and generated a lot of activity around the town and the county in support of the project,” she said.

The stone structured school is being being transformed into a community center that has self-funding mixed-use space. It will include classrooms, meeting rooms, Air BnB rooms, office space for lease, a gym, a swimming pool and a day care.

The center will also host summer and after school programs like day camps.

The project is expected to cost around $3 million. The foundation has set aside $1 million so far and hope to raise the rest of the money through donations, fundraisers, cooperate donations and through grants.

Mersh said the project will be completed in three phases. The first phase, which will include the gym, kitchen and daycare is expected to open next year.

The community has shown their support for the center, Mersh said.

“Within a week of setting up our Facebook page, we have nearly 2,000 followers and our social media hit rate is extraordinary, sometimes in the 50 percent range, so people are very interested,” she said.

A festival and brick breaking event at the school site took place on Saturday.

Mersh is the CEO of Quality Executive Partners and currently lives in Atlanta, Ga.