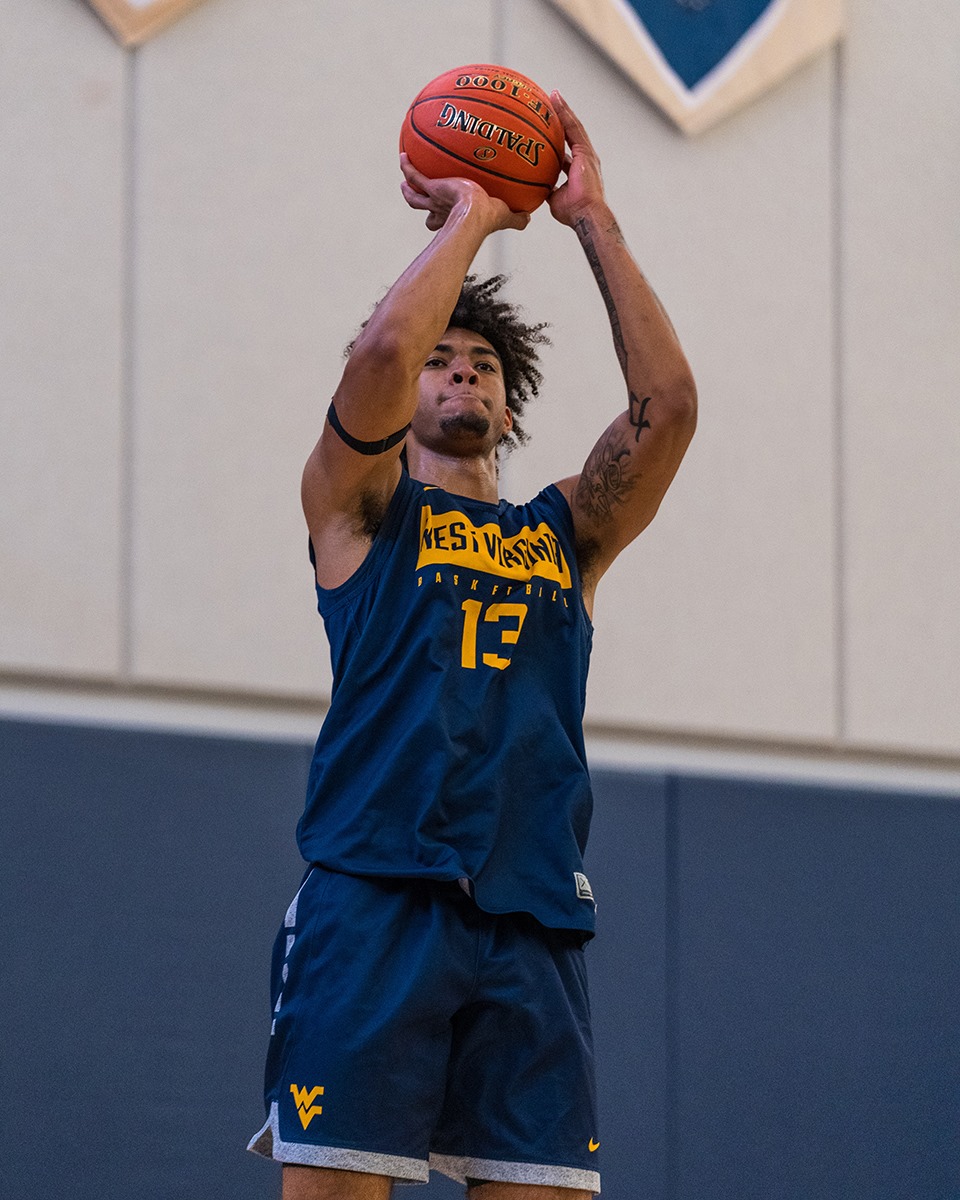 Having recovered from a torn Achilles tendon suffered last season, Isaiah Cottrell will play an expanded role in his second season at West Virginia.

MORGANTOWN, W.Va. — Of all the unknowns surrounding West Virginia’s new-look basketball team, perhaps the most critical is how Isaiah Cottrell will handle an expanded role.

That Cottrell is ready to play at all is an accomplishment after he tore his left Achilles tendon last December against Northeastern in the team’s final game of the 2020 calendar year.

Cottrell then endured a grueling rehab before being cleared in late August — far sooner than expected.

“It surprisingly only took seven months,” Cottrell said. “I haven’t had any hiccups since. They said it was going to take about eight to twelve [months], but I made it back and I’m here.”

Cottrell admits his mind wavered while rehabbing at least five days a week for two hours a day from an injury that has altered a plethora of careers on the hardwood.

Since Cottrell’s clearance, West Virginia head coach Bob Huggins has been pleasantly surprised with the mobility of the 6-foot-10 redshirt freshman.

“I thought he’d be real ginger with it, but he was out there running up and down and jumping,” Huggins said. “He hasn’t shown any sign of maybe favoring the other leg or whatever. From the beginning, he’s been ready to go.”

When Cottrell last played in a game for WVU, Oscar Tshiebwe was still with the Mountaineers. Tshiebwe left the WVU program a short time after, and the departure of Derek Culver in the offseason leaves Huggins’ team with a front court void Cottrell hopes to fill.

“Already having the experience of being able to play a little bit last year, and also being in practice with all the veteran guys definitely prepared me for this year,” Cottrell said.

Prior to his injury, Cottrell played in all 10 games last season, averaging 1.6 points and 1.4 rebounds in 5.6 minutes. He scored six points in a loss to then-No. 1 Gonzaga.

“I was starting to come along really well towards the end of when I got hurt,” Cottrell said. “A lot of people didn’t get to see me due to playing time and just trying to get used to college basketball. I’m definitely excited for this year to show what I can do.”

What the Mountaineers hope Cottrell can do is handle his own down low and fill a burden on the boards.

Culver was the team’s lone true scoring presence in the post for much last season and led the Big 12 Conference in rebounding at 9.4 per game.

“I’ve definitely been trying to get a lot better in the post strength wise and making big plays down there,” he said.

But Cottrell will do much more than serve as the team’s go-to option near the basket. The Mountaineers hope to utilize his versatile skill set, which includes the ability to play away from the basket and stretch defenses with perimeter shooting.

“He’s shot the ball so well from the perimeter,” Huggins said. “He shot a couple yesterday that didn’t move the net from three. He has to rebound it better and do some other things, but offensively, he’s really shot the ball well.”

Regardless of where he’s playing, Cottrell is looking forward to showing he can help the Mountaineers however is needed.

“I’m trying to show that I’m a mismatch,” Cottrell said, “and I can play really anywhere on the floor.”

West Virginia is tied with Oklahoma State for a projected fifth-place finish in the Big 12 preseason poll. The Mountaineers and Cowboys totaled 49 points in voting conducted by the league’s head coaches, who are not permitted to vote for their own team.

For the 10th time in the last 11 seasons, Kansas is the preseason favorite to win the Big 12. The Jayhawks garnered 80 points and eight of 10 first-place votes.

Texas received the other two first-place votes and is projected second with 70 points.

The Bears were the preseason favorite last season and won the league. Kansas and West Virginia were second and third, respectively, in last year’s preseason poll. The Jayhawks ultimately finished in that spot, while WVU was tied for third place with Texas.

Seven Big 12 teams qualified for the NCAA Tournament last season, and those are the top seven teams in the preseason poll.