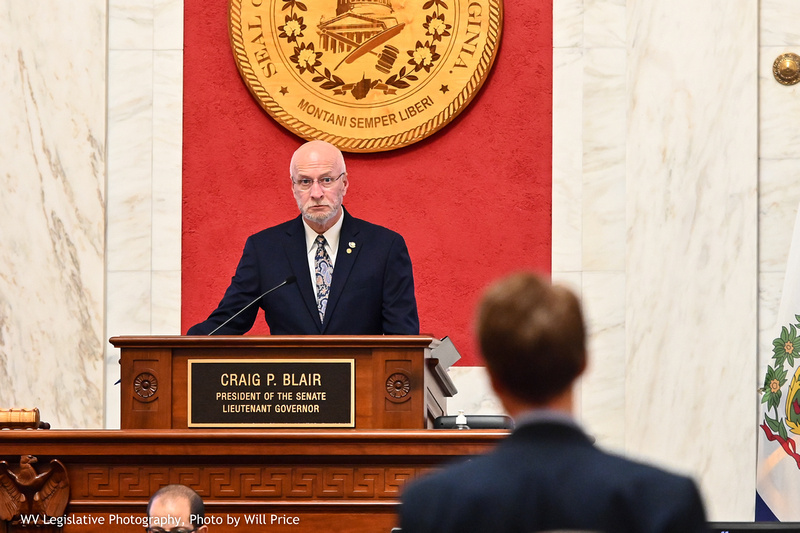 For the third straight day, West Virginia senators put off a decision on how to shape their own districts over the next decade.

“I request unanimous consent that the bill lie over one day while retaining its place on the calendar,” Senate Majority Leader Tom Takubo, R-Kanawha, said again today.

This is happening because of a battle occurring in the background over Senate maps.

After a full five days of special session, the Senate now plans to return Monday when a vote on a new map might or might not finally occur. This follows a full summer of public hearings on redistricting and a series of open committee meetings to discuss the best map options.

The House of Delegates, which has completed most of its work — including a map of House districts — voted to “adjourn until the call of the chair,” which is an open-ended option for returning whenever the Senate moves ahead.

The Republican supermajority in the Senate has said little about what’s going on, but as each day’s delay has occurred GOP senators have broken off to caucus, apparently to discuss their divisions over political maps.

But Senator Mike Woelfel, D-Cabell, expressed alarm even then that the map the committee openly selected would not be the one chosen in the end.

“I see this map as a pass-through to get us to the floor with a map. I know this is not going to be the map. I bet you a Pepsi on that,” Woelfel said that day.

Late Wednesday, after the full Senate delayed a final decision the first time, a new map did pop into the redistricting website.

The alternative map, which was not previously publicly considered, breaks up 14 counties, often through municipalities. Cabell County is split four ways. Kanawha is split three ways. One proposed district includes Clay County in central West Virginia and dips all the way down to a portion of Mercer County to the state’s southern border.

At the end of this afternoon’s Senate floor session, Woelfel addressed that map again. “Since we have a few minutes to ponder the future, I think I can give us something to think about over the weekend,” he said.

He continued, “There’s one map that doesn’t have a name, and I’m gonna call it the poor bastardized map. It’s the map that came out of the dark of night a couple of nights ago.”

Woelfel suggested the alternative map, if passed, could be the subject of legal scrutiny. He named each of the members of the state Supreme Court, saying the justices are destined to get involved if the alternative map is embraced.

“They will, ladies and gentlemen of the Senate, they will obey their oath. They will pay no attention to politics. They will apply the law. Those people will not play any kind of political games with the map,” Woelfel said.

He concluded, “Please, over the weekend, think about your oath. Think about what we said we will do. Say a prayer, follow your conscience and follow the Constitution.”