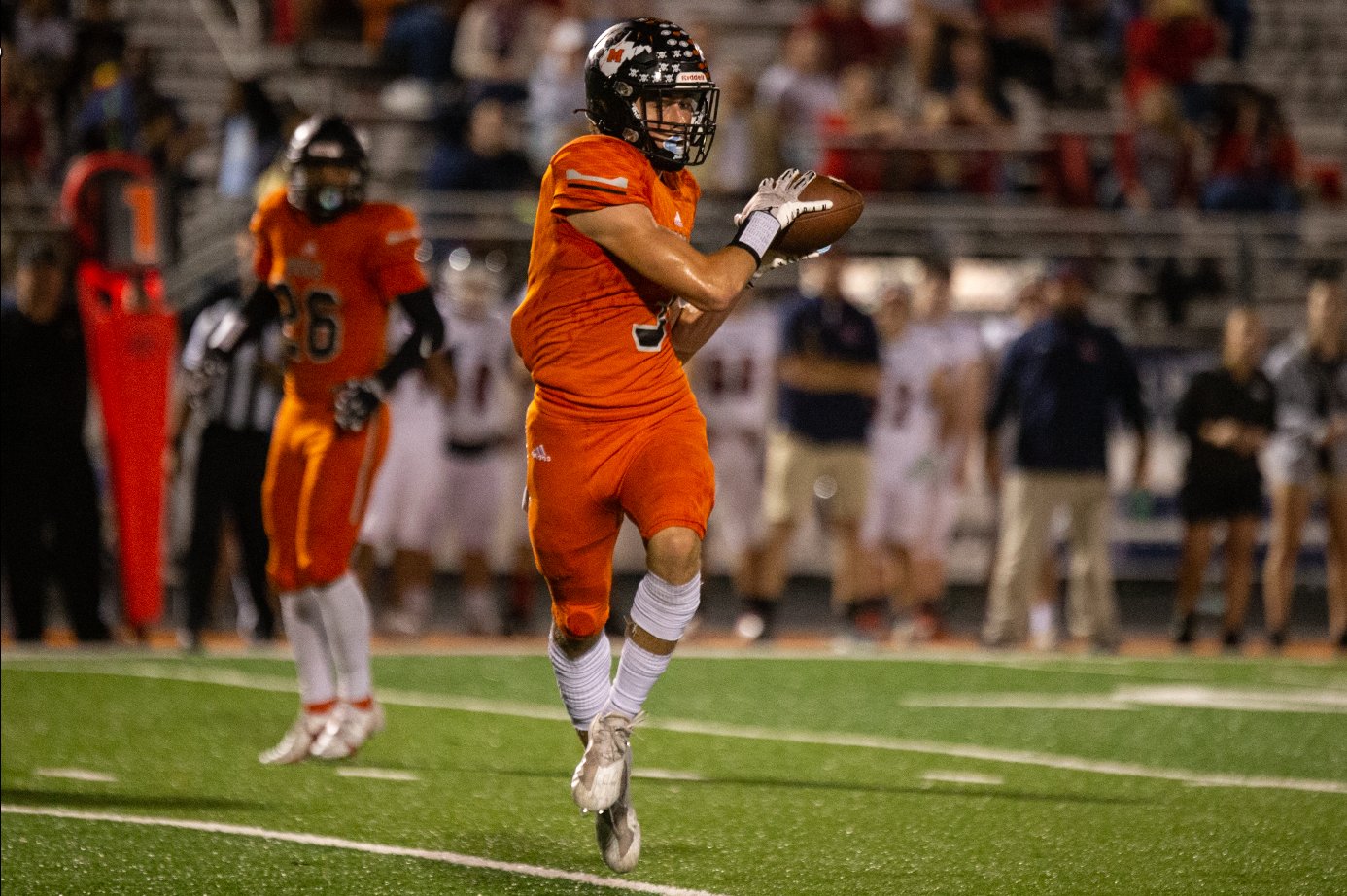 MORGANTOWN, W.Va. — Take a look around West Virginia with news and notes from the eighth week of the high school football season.

MARTINSBURG 63, Spring Mills 16: Hudson Clement and Herman Pierson hauled in first-half touchdown passes to help the No. 1 Bulldogs build a 42-9 lead at the break as they improved to 8-0.

Eric King added a rushing touchdown and scored on a blocked punt return for another score to help MHS cruise.

The Bulldogs have outscored their opponents 399-122 this season.

Schmidt rushed for 89 yards, while Jackson Fetty added 92 rushing yards for CMHS, which improved to 7-1.

PRINCETON 21, Hedgesville 16: Grant Cochran passes for 235 yards and two scores and a rushing touchdown from Brody Rice allowed the Tigers to overcome a 16-14 deficit and remain unbeaten.

GREENBRIER EAST 42, Ripley 7: The Spartans scored 21 points in the second quarter and cruised by the Vikings.

POCA 14, Logan 12: The No. 2 Dots won their second straight game by two points to remain unbeaten.

Poca (6-0) got a rushing touchdown from Jordan Wolfe in the victory.

No. 13 Logan (5-3) got two touchdown passes from Jordan Hayes to Carson Kirk in defeat.

INDEPENDENCE 74, Man 7: Atticus Goodson rushed for 233 yards and three scores and No. 4 Independence improved to 6-0.

CAMERON 44, Clay-Battelle 0: The Dragons used a 30-point second quarter to run away from the Cee-Bees.

Isaac Ball had four rushing touchdowns for No. 2 Cameron, which improved to 7-0. No. 12 Clay-Battelle fell to 6-2.

TRINITY 53, Hanock (Md.) 0: Levi Teets rushed for a pair of scores and returned a punt for a touchdown as the No. 11 Warriors moved to 5-1 with a resounding win over an out-of-state foe.

GREENBRIER WEST 50, Richwood 8: Ty Nickell rushed for three touchdowns and Chase McClung returned an interception for a score as the Cavaliers cruised to improve to 5-2.

WILLIAMSTOWN 42, Tyler Consolidated 22: The Yellowjackets rushed for 340 yards in the win. Ricky Allen accounted for 179 of those yards and scored four times as No. 5 Williamstown won its sixth straight to move to 6-1.