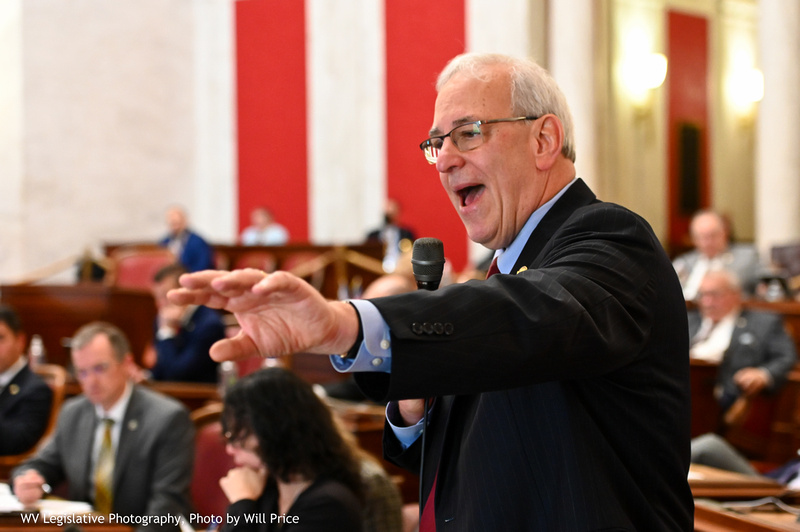 The latest map was approved overwhelmingly, 31-2.  Only senators Richard Lindsay and Glenn Jeffries, both Democrats, voted against this version.

The map that was selected today was a newly-introduced amendment described as taking prior incarnations into account.

“I would characterize it as a synthesis of the two amendments we had on the floor yesterday,” said Senator Charles Trump, R-Morgan. “This amendment tries to reconcile and harmonize some of the issues that were points of contention.”

The state Legislature is responsible for redrawing political boundaries every 10 years with a new Census. But the Senate’s own map proved elusive.

A bill representing Senate districts has been up for a final vote each of the prior four days. But instead of proceeding with a final vote, Republican senators took time to privately caucus and try to work out their differences.

That followed months of public hearings all around the state and a couple of weeks of open committee meetings.

“This has been an agonizing, in some ways, process – an interesting process,” Trump said.

A map that only divided five counties passed out of the Senate Redistricting Committee more than a week ago, but it never got a vote on the Senate floor.

Yesterday, two alternatives were up for votes — and they were each voted down in succession.

“I think the majority had a plan and they were ready to run with it, but it didn’t turn out that way so a little bit of chaos ensued,” Senate Majority Leader Stephen Baldwin, D-Greenbrier, said this morning on WJLS-AM radio.

The latest map, introduced today, bore the names of Republican senators on opposite sides of the prior day’s votes — Trump and Majority Leader Tom Takubo along with senators Eric Tarr, Patricia Rucker and Robert Karnes.

“This is the product of conversations and compromises over a long period of time by a great number of people,” Trump said.

He said the latest map divides 11 counties, fewer than some of the earlier options. Special attention was given to keeping the 17th Senatorial District wholly within Kanawha County, the state’s largest. An alternative map from the prior day had split that district, offering no assurance Kanawha would have its own senator.

“This is a step in the right direction,” Trump said.

Under the map that passed, the 8th District includes Charleston, goes north into Putnam, then takes in Roane and Clay counties.

“I believe this amendment is a disserve to the people of Kanawha County. It is the one county that is split three ways,” said Lindsay, noting that the map passed out of committee split Kanawha just twice.

The House of Delegates, which recessed Friday, would still need to approve the bill reflecting the Senate’s map — although that’s likely a formality.

Trump advocated for the map’s passage before the full Senate, saying “I think this is a good plan, Mr. President. In my opinion it’s a constitutional plan.”