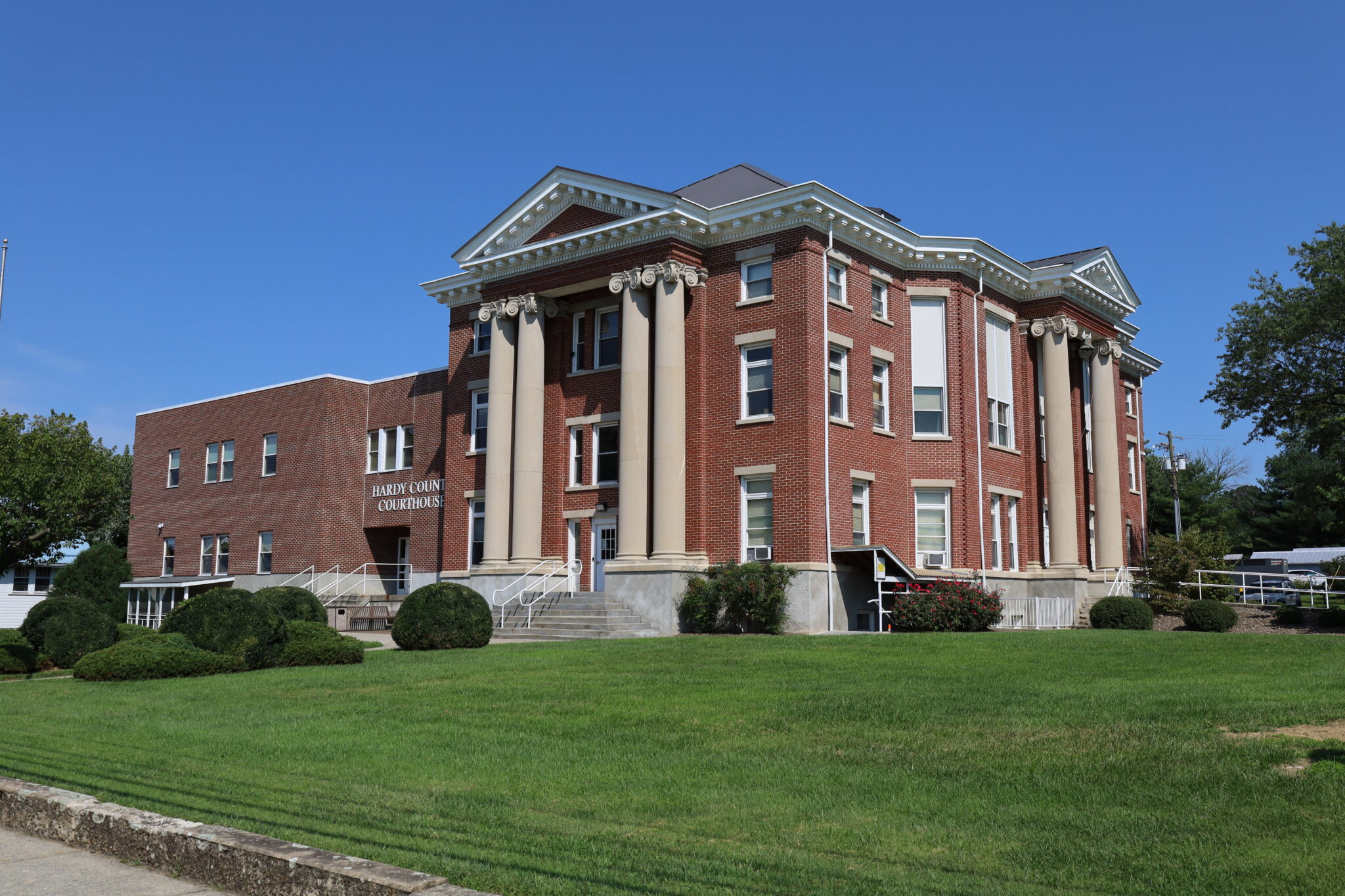 A West Virginia circuit judge went out for ice cream with his family, started to drive home, picked up a cell phone he had dropped, got pulled over for having the phone in his hand while driving, berated the patrolman, called multiple local officials to pull rank and now faces allegations of judicial misconduct.

The ice cream was the high point of an evening that got worse and worse.

“From the outset, Respondent acted in a manner unbecoming a judicial officer,” according to a formal statement of charges against the judge.

Judge Carter Williams — who serves on a circuit that includes Hardy, Hampshire and Pendleton counties — faces multiple allegations from the Judicial Investigation Commission, a panel that investigates the misconduct of judges.

There’s enough probable cause that Judge Williams’s case is set to go before the Judicial Hearing Board at 9:30 a.m. Feb. 23. Williams has the right to file his own response to the allegations.

Williams won election to an eight-year term on the bench in 2016 after a long legal career in private practice and with the state Attorney General’s Office. He would next be up for re-election in 2024.

In a candidate interview with the local Hampshire Review newspaper the year he first ran for office, Williams reflected on how his early experiences as an assistant prosecutor underscored the value of public service.

“That was the point where I really started thinking about what responsibility you have to the public trust,” he said in 2016. “Representing the people, representing the community.”

In this case, though, Williams is accused of violating the public trust through anger and vindictiveness.

On a Sunday evening, this past July 11, Williams went out with his family to a newly-opened ice cream parlor in Moorefield. After they finished, he left in his own vehicle. He had misplaced his cell phone at some point during the evening but while driving, according to the complaint, it either rang or Williams heard it rattling underneath his seat.

He picked it up.

About 7:25 p.m., Moorefield Police Officer Deavonta Johnson was out on road patrol and saw Williams drive by with the cell phone in his right hand. Johnson, who was wearing a body camera, performed a stop on Williams.

According to the charges, “Respondent immediately identified himself as ‘Judge Williams.'” Then, “Judge Williams asked in an angry tone why he had been stopped.”

Officer Johnson twice asked for license, registration and insurance. First, Williams said he had done nothing wrong. The second time, he replied “I’m not going to give you my license and registration.”

When Officer Johnson returned to the patrol car, he discovered that the judge’s driver’s license had expired months earlier on Williams’s 55th birthday.

While Johnson was running the license, the judge called Moorefield Police Lieutenant Melody Burrows, who was off duty.

This was the first of several instances where Williams referred to Johnson, who is Black, as “your boy.”

Burrows told Judge Williams to calm down, assuring him that she would call Johnson and tell him not to write a ticket. She got ahold of Johnson, who was still in the patrol car.

Burrows got back on the line with the judge and could hear as Johnson approached the vehicle again.

Williams told the officer, “You can write me a ticket or not. I don’t care. I’ll take it up to town and we’ll go to trial, buddy. That’s fine with me and I’ll tell you what. The next time I see any of you on the phone I am stopping right there and calling the State Police. Any of you.”

The officer started to hand Williams back his registration and insurance.

Johnson tried to tell the judge his driver’s license was expired.

The charges indicate Williams grabbed the license and drove off without waiting for the officer to release him.

Just a few minutes later, at 7:39 p.m., the judge called Moorefield Police Chief Stephen Riggleman, who was off duty.

Riggleman didn’t recognize the number, but Williams made identification easy by identifying himself by his judicial title. Williams then told the chief that he had “just had words with one of your boys.”

The police chief later told investigators that the more the judge spoke, the more agitated he got. Williams told the chief that he often observed Moorefield police officers on their phones.

“Respondent replied by hanging up on Chief Riggleman.”

Steve Reckart told the judge he had retired at the end of last June. Williams responded that he just needed to talk to someone. “Detective Reckart thought this was odd because they were just acquaintances.”

In relaying his side again, Williams contended that Officer Johnson should not even be a police officer. This was likely a reference to a 2020 allegation wanton endangerment charge against Johnson in Mineral County for an incident that occurred while he was off duty. The charge was dismissed without prejudice that June. Johnson successfully completed a six-month probationary period with the Moorefield Police Department.

Williams told the former chief that the Moorefield Police Department is comprised of a bunch of “boys” and that it is run by a “boy.”

The judge told the former chief that he let some of the Moorefield Police Department cases go through even though he probably shouldn’t have and that he might change his position in future cases.

Williams told Burrows that he had never been treated so badly as a circuit judge. Burrows told the judicial investigators that Williams couldn’t believe “my boy” wouldn’t take his word for it. In contrast, the judge told Burrows that a State Police trooper recently pulled him over for driving without a seatbelt but let him go.

The judge told Burrows that his treatment by Officer Johnson made him question the Moorefield Police cases that had come before him. He described being “sick and tired of Moorefield PD running around like a bunch of thugs, harassing innocent, hard-working people.”

Burrows said the judge then questioned whether “my boy” should still have his police job in light of the earlier allegations in Mineral County.

That 16-minute call came to an end with Williams telling the lieutenant that Moorefield Police cases were “sloppy” and that the officers do a “piss-poor job.”

There was another call from the judge at midnight. When Burrows texted the next day to say to apologize for not picking up, Williams said the midnight call was accidental.

At the mayor’s house

About 10 p.m., the judge drove to the home of Moorefield Mayor Carol Zuber, parked outside, called her and asked if she was still up, even though there were no lights on except for the flickering television.

When the judge asked the mayor if he could tell her about the stop, she said yes and met him at the door for a 45-minute conversation.

Williams described wanting to file a complaint, said he would like the mayor to look at it and complained that the Moorefield Police Department was made up of “young boys.”

The judge gave more of his side, adding that he had been pulled over twice in roughly the past year and a half. One of those stops was by Officer Johnson, who had pulled the judge over for running a stop sign but did not issue a ticket.

Mayor Zuber told the judge she would look at the bodycam video in the morning.

The judge told the mayor he had been an “asshole” during the evening’s traffic stop.

Prosecutor See, who then examined the body camera video, wasn’t sure what to do at first. He contacted former Circuit Judge Donald Cookman, who advised him to gather all information and take it to Chief Circuit Judge Charles Carl of neighboring Hampshire County along with the Office of Disciplinary Counsel.

When Williams was informed of these steps, the judge expressed desire to report himself.

Judge Williams called the Office of Disciplinary Counsel on July 15. The office was already working on the case but informed the judge that he could go ahead with his report.

Williams acknowledged being angry at the stop and identifying himself to the officer as “the judge.” He left out any discussion of trying to have the previous charge against Johnson reinstated or attempting to have Johnson fired. Williams followed up with a July 16 letter.

About that time, Chief Riggleman wrote a traffic ticket charging the judge with improper use of a cell phone and driving without a valid license. Williams received the ticket about July 26, after returning from a week’s vacation.

The judicial complaint against Williams cite even more traffic stops.

Judicial investigators concluded there is probable cause that Judge Williams engaged in pattern and practice of using his public office for private gain and violating state traffic laws.

In this context they are not just routine tickets. Instead, they reflect allegations that Williams abused his judicial office.

The allegations include running afoul of compliance with the law, undermining confidence in the judiciary, eroding the prestige of judicial office, diminishing the ideals of impartiality and fairness and violating codes of judicial and professional conduct.

Subverting those ideals took the form of mundane but habitual traffic violations.

One was the first time Officer Johnson pulled over the judge, Jan. 20, 2020, for running a stop sign. In that instance, Officer Johnson said Williams had immediately identified himself as a judge. Williams remained polite and received no ticket.

Another time, Williams let the registration on his red Nissan truck expire. In November 2020, Cpl. Eric Vaubel noticed the expired sticker while the truck was in the courthouse parking lot. Vaubel found out the truck belonged to Williams and did not report the expiration.

The following April, Vaubel noticed the red truck and stopped it. He recognized the judge, let him know the ticket had expired and relayed that he had noticed it months earlier while at the courthouse. The judge asked why he hadn’t said something earlier, and Vaubel explained that “the Judge was behind locked doors and had a lot going on.”

In this case, Vaubel “did not give Respondent a ticket but did issue a warning since he was on a specific grant-funded detail and needed to demonstrate that he was actually working at that time.”

In another instance, summer of 2019 or 2020, Officer Vaubel was on a “Click It or Ticket” detail when he stopped Williams for driving without his seatbelt fastened.

In that case, Vaubel said he had not recognized Williams but the man “immediately identified himself as ‘Judge Williams.'”

The judge did not get a ticket that day.

Another instance happened in April or May 2021 when State Police Trooper Benjamin Thorn was working a “Click It or Ticket” detail and stopped the red Nissan.

Trooper Thorn at first did not realize who he had stopped and Williams did not immediately say. But the identity dawned on the trooper when he asked for the man’s license. “As soon as he looked at the name, he realized he had stopped a judge.”

The trooper decided not to write the judge a ticket or a warning because he “didn’t feel the need to stir the hornet’s nest for a minor violation.”

He also told judicial investigators that he weighed against writing a ticket when “I’ve got felony cases in front of him in circuit court that he rules on. Ultimately, I care more about those felonies; so yeah, in lieu of the scheme of everything, keep the judge happy and my cases will — cause you know he has a lot of discretion in things.”