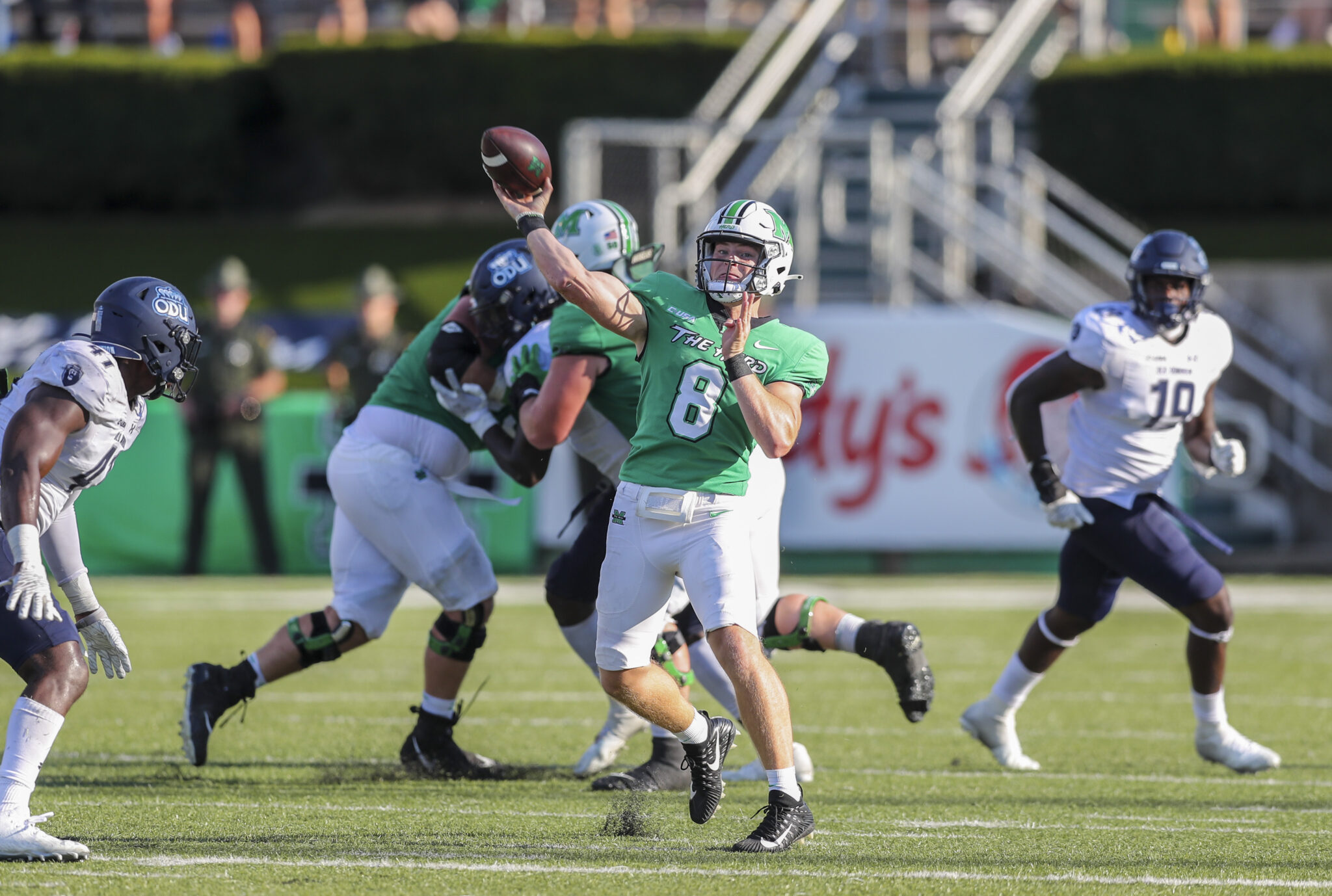 The game at the Caesars Superdome kicks off at 9:15 p.m., and will be carried by ESPN.

This is the first meeting between the two schools and it will pit two future conference rivals as Marshall is slated to join the Sun Belt by July 2023.

There is good news for Marshall in that quarterback Grant Wells is available for action after being knocked out in the second quarter of the season-ending loss to Western Kentucky.

The coaching matchup is interesting as Huff faces Louisiana’s Michael Desormeaux, who was named the Ragin’ Cajuns new leader when former coach Billy Napier took the head coaching job at Florida. Napier coached Louisiana through the win in the Sun Belt championship.

Desormeaux is a 2008 Louisiana graduate and has been an assistant with the program since 2016.

Marshall’s offense faces a big challenge in stopping a Ragin’ Cajuns defense that allows only 18.3 points per game — the 11th best mark in the nation. Louisiana is also tough against the pass, allowing just under 200 yards per game, good for No. 25 nationally.

Key players to watch for include leading tackler and safety Percy Butler, who picked up 60 stops on the season and outside linebacker Chauncey Manac, who had 10.5 sacks and 14.5 tackles for losses to lead the Ragin’ Cajuns.

“They have a great front seven and they’re built similarly to what we’re trying to build,” Huff said. “They do a good job forcing you to go the distance of the field.”

The Ragin’ Cajuns’ offense is a unit Huff says doesn’t beat itself. It’s led by senior quarterback Levi Lewis, who is a threat with his arm and legs.

Lewis has not passed for 300 yards in any of his 13 games this season, but the veteran has completed better than 60 percent of his throws for 2,635 yards and 19 touchdowns. He rarely makes mistakes, evidenced by four interceptions in 360 attempts.

Lewis also has four games with 40-plus rushing yards, while totaling 269 yards and five scores on the ground.

The Ragin’ Cajuns have plenty of talent in the backfield in top rusher and redshirt sophomore Chris Smith (844 yards and 8 touchdowns) and freshman Montrell Johnson (730 yards and 11 touchdowns).

Smith’s availability for Saturday’s game is in question as he is nursing a knee injury. Additionally, the Ragin’ Cajuns have also been dealing with some cases of the flu.

Six players have at least 15 catches and more than 200 receiving yards for Louisiana, which is led in that regard by sophomore Peter LeBlanc (35 catches, 386 yards) and freshman Dontae Fleming (23 catches for 295 yards).

Kyren Lacy (5 receiving touchdowns) and Michael Jefferson, with four scores through the air and a 24.9 yard average on 15 receptions, are also big factors.

Huff says the bowl experience will be important for the growth of his program and taking on the Ragin’ Cajuns will help him evaluate where Marshall needs to grow in the offseason.

“They’re a phenomenal opponent and over the last three seasons, they’ve been great,” Huff said. “It’s an opportunity to see where our next steps will be as we head to the Sun Belt.”