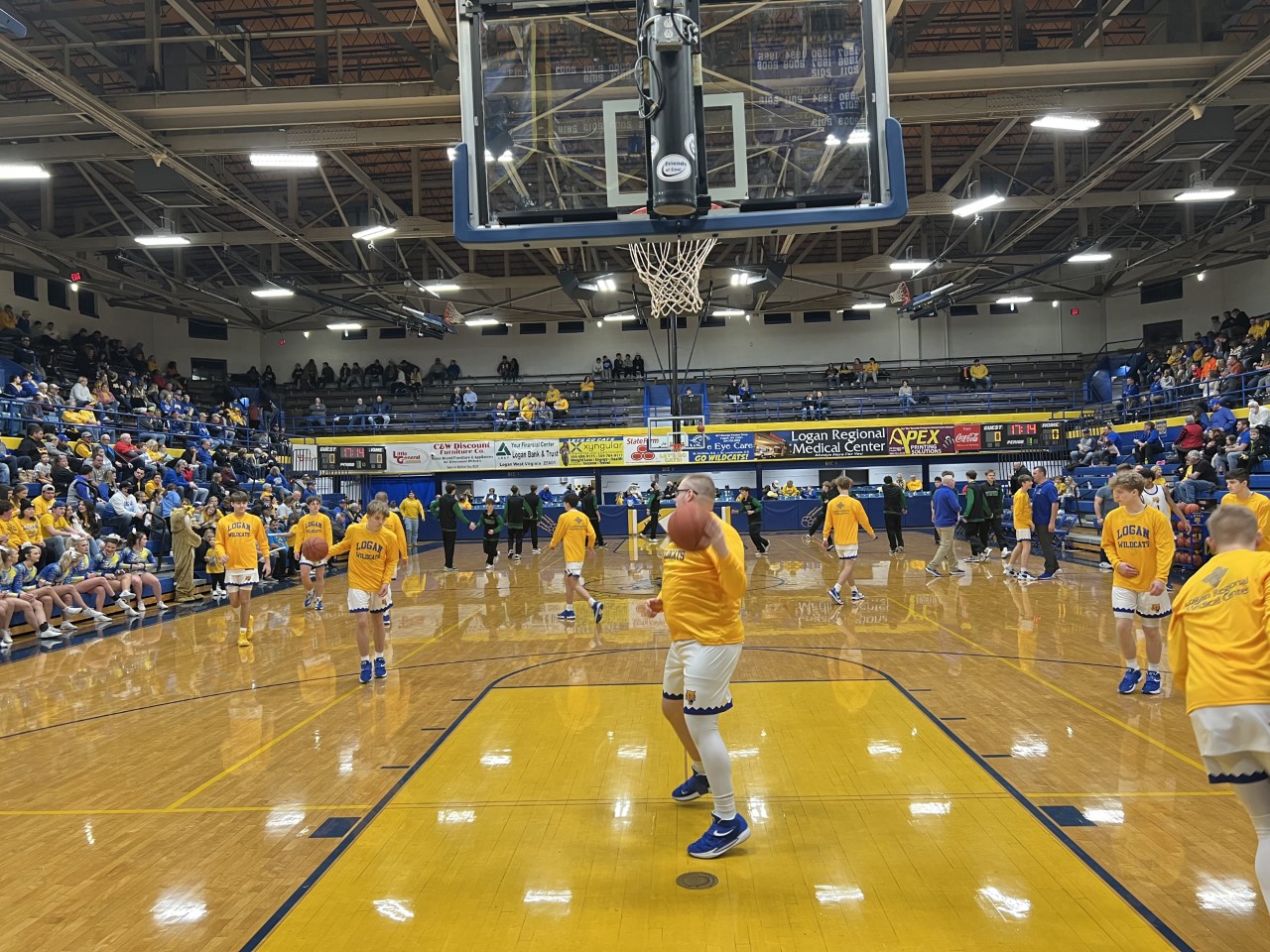 Logan secured a 62-58 victory against Winfield on Tuesday. Photo by Taylor Kennedy

LOGAN, W.Va. — Four Logan starters scored in double figures to help the Class AAA top-ranked Wildcats move to 7-0 this season with a 62-58 victory over No. 4 Winfield in a rematch of a regional co-final from last season.

The Wildcats trailed by one point at the intermission, but outscored the Generals 34-29 in the second half.

“It was a well-contested ball game,” said Logan assistant coach Steve Browning. “[Winfield] shot the ball and rebounded the ball well. I felt we gritted it out. We did not play our best offensively. They were a part of that. They play defense well, and they will do the right thing. They are well-coached.”

Browning views the victory as one that not only helps Logan in the present, but down the line as well. Winfield eliminated Logan last season in an overtime contest, 56-53.

“We know Winfield is going to have a lot of say in the conference championship, but it is better to get out in front right now. That way, they have to look up at us,” Browning noted. “Losing to them last year was a bitter taste for those returning this season. This year has to stand-alone on its own. We are not going to look back at last year.”

Five of Logan’s seven victories have come with the Wildcats trailing at the half. Browning saw a different mentality from his team after the half.

“We came out and played well,” Browning stated. “This whole weekend, we talked about how we could change that. They responded well in the second quarter. We have played a demanding schedule z- Capital, Beckley, Shady Spring, and Winfield, and they will make the game hard. If we do not play with those teams, we do not solve what is wrong with our basketball team.”

Browning believes it is only upward from here.

“You cannot complain,” Browning stated. “You are always going to look at what you can do better. We could have shot free throws better and rebounded better. [Head coach Zach Green] talks about the intangibles and those are it, and it is the little things that come out at the end of the ball game.”

Junior Aiden Slack led the charge for Logan. He scored 16 points, including 11 in the second half.

“Big game,” Browning said. “It is a confidence thing for him. Hopefully, this does it for him. He made some nice shots and made difficult shots to top it off. That was huge for us.”

Junior Scotty Browning had another productive offensive night. He finished the game with 14 points, despite only scoring five in the first half.

“I am pleased with where he is at, but I think he can shoot better from the perimeter,” coach Browning said. “He has not shot well from three. He shot in the neighborhood of 5,000 threes a day during the summer. It has not been able to translate. His inside and mid-range game has stepped up for him to become close to a complete player.”

Winfield senior Josh Cook caught fire in the first half, accounting for 17 of the Generals’ 29 points. He connected on five triples. Browning knew his team needed to be more aware of Cook over the final two quarters.

“We have to learn how to handle pressure in big environments,” Stephens said. “We have to know how to compete, and we did that tonight. I do not think we did not play hard. We have to be able to compete and execute.”