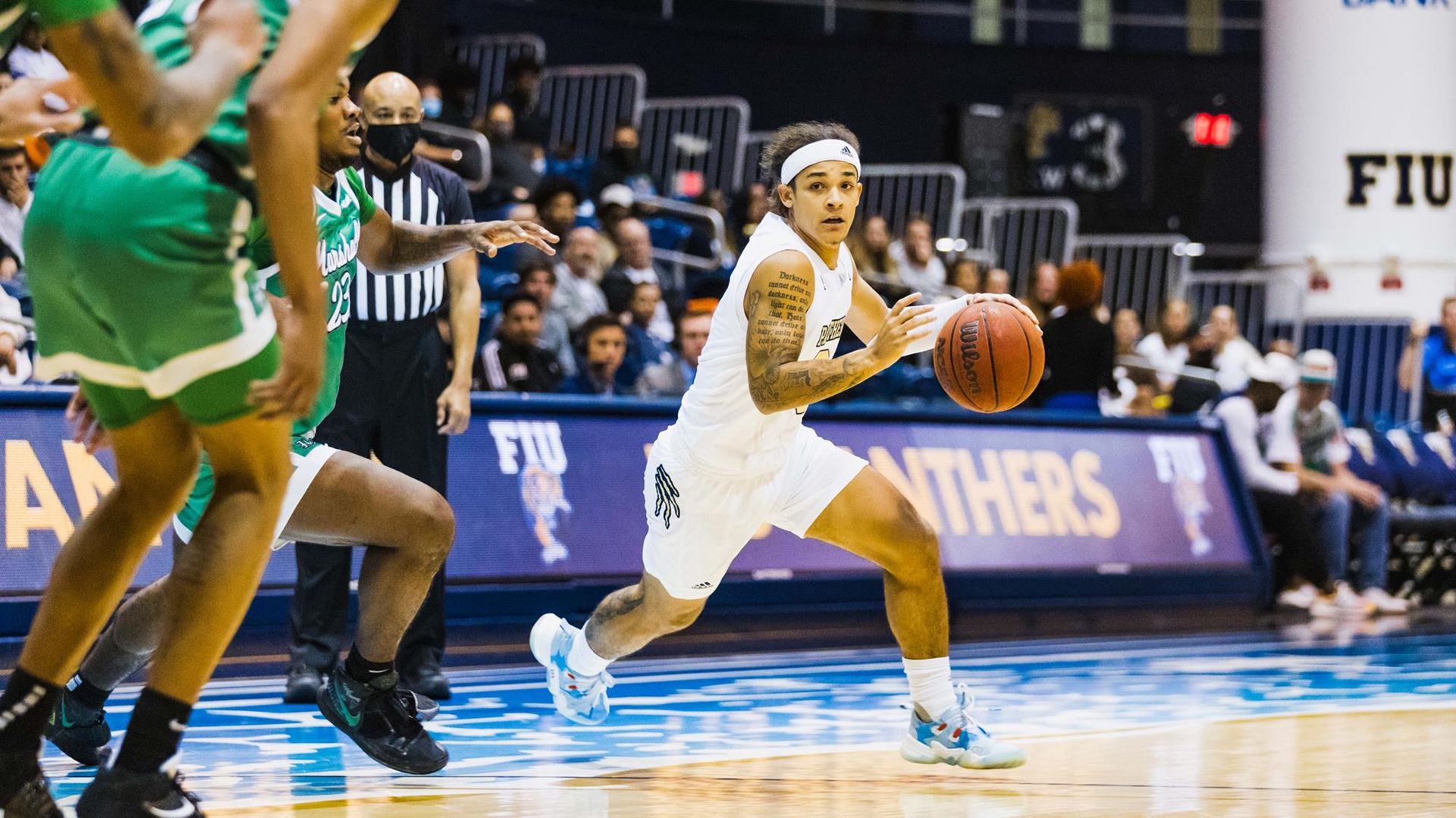 The Panthers took a 68-57 lead with 4:51 to play and held off a late Thundering Herd rally to prevail, 70-66, at the Ocean Bank Convocation Center in Miami. This is just their second win all-time against Marshall in 13 meetings.

On the flip side, Marshall made the late charge and cut the lead to 70-66 with 20 seconds left. However, the visitors turned the ball over twice so they couldn’t take advantage of the Panthers missing the front end of the bonus twice in the closing stages of a matchup of the two winless East Division teams coming in.

Marshall’s skid goes to eight with its next attempt Saturday down the road at Florida Atlantic. Tip is 4 p.m. The Herd is 7-11 overall and 0-5 in Conference USA.

This is the second longest skid for Marshall under coach Dan D’Antoni. The longest is nine, which came in his first season. The Herd’s last win this season came on December 11 at Eastern Kentucky.

“Untimely mistakes,” D’Antoni said. “We’ve got an eight-point lead, them on the ropes and then bam — perplexing. We’re looking good, moving forward and then get into puzzling plays. We’ve got a chance, but don’t play well in stretches.”

Tevin Brewer’s three-point basket with 4:51 left gave FIU a 68-57 lead. But after Taevion Kinsey made 1-of-2 free throws with 54 seconds left, the Herd deficit was only 68-64. Brewer got fouled with 27 seconds to play and made both free throws for a 70-64 lead. The Herd’s Andrew Taylor scored on a follow with 20 seconds left to get within 70-66.

Then came the FIU misses at the foul line and turnovers by the Herd in the closing seconds.

Kinsey led Marshall with 25 points, five more than his average. He passed former Herd great Leo Byrd in career scoring during the game.

“Taevion played extremely well. He creates a lot of problems,” D’Antoni said. “I’m sure Taevion feels a lot of that responsibility. We’ve got to get other people to get up with him.”

But Marshall’s shooting woes continued (24 of 60 from field, 6 of 25 from three). Marshall began the night 14th in three-point shooting in the league.

David Early is learning the ropes and point guard, and was 3 of 10 overall and 2 of 7 from three. Early led in steals with three and had one assist and one turnover.

“It could be a lot of reasons. One you don’t have a real true point guard,”D’Antoni said. “David, we’re trying to convert him over there. Can’t come out with one assist, one turnover at point guard especially in a wide open game like this. We’ll keep working at it. Got to give him a chance.”

“We hesitate at times,” D’Antoni said. “Keep the ball in front (on defense). All of a sudden we get deep, they drops two threes and boom.”

Florida Atlantic defeated Western Kentucky, 78-69, Thursday night at home. The Owls will be going for a regular season sweep after they beat Marshall, 90-77, on January 8 in Huntington.