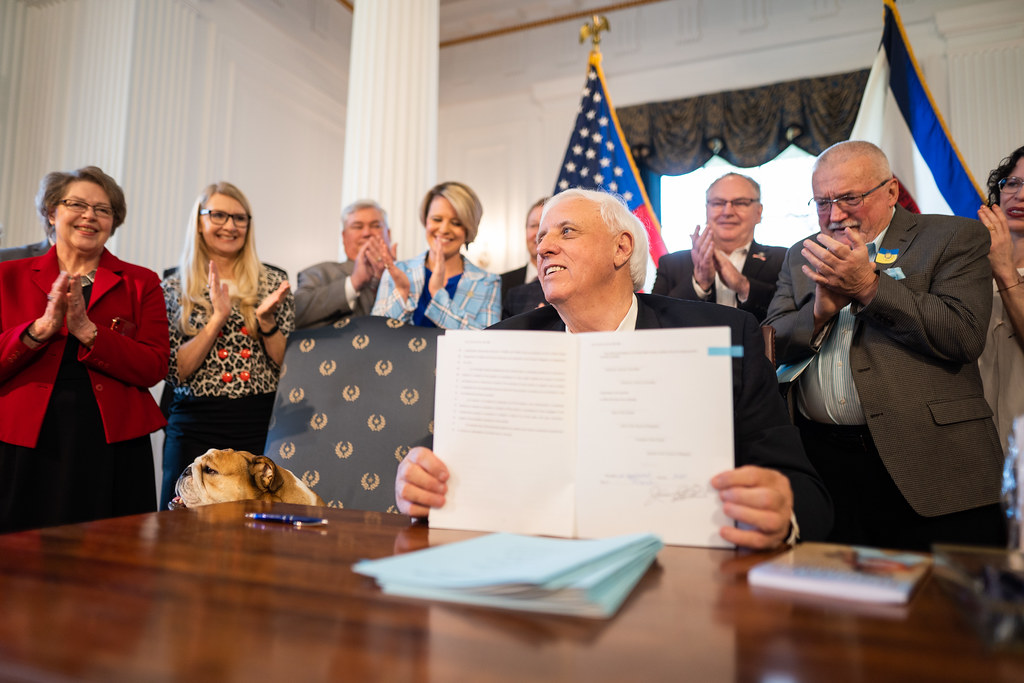 Justice on Monday signed Senate Bill 468, which states someone cannot receive an abortion in cases involving a disability or diagnosis to the fetus except when there is a medical emergency or if the fetus is “nonmedically viable.”

Justice signed the anti-abortion measure on World Down Syndrome Day. Justice posted pictures of himself alongside individuals with Down syndrome on social media as part of his announcement regarding the bill.

“There was some kids out there, no question, that were struggling with different things, but those kids were so happy and such wonderful, wonderful gifts to all of us,” he said during Monday’s coronavirus briefing.

Abortion-rights advocates criticized the legislation during the 60-day legislative session. Margaret Chapman Pomponio, the executive director of WV FREE, contended the regulation would make it harder for people to seek abortion care in a state she described as a “maternity desert.”

“When you get that diagnosis, it is obviously a devastating one. We don’t believe the government should be intervening in what should be a private conversation with a patient and their provider,” she said on the March 15 edition of “MetroNews Talkline.”

The law will go into effect on June 10.