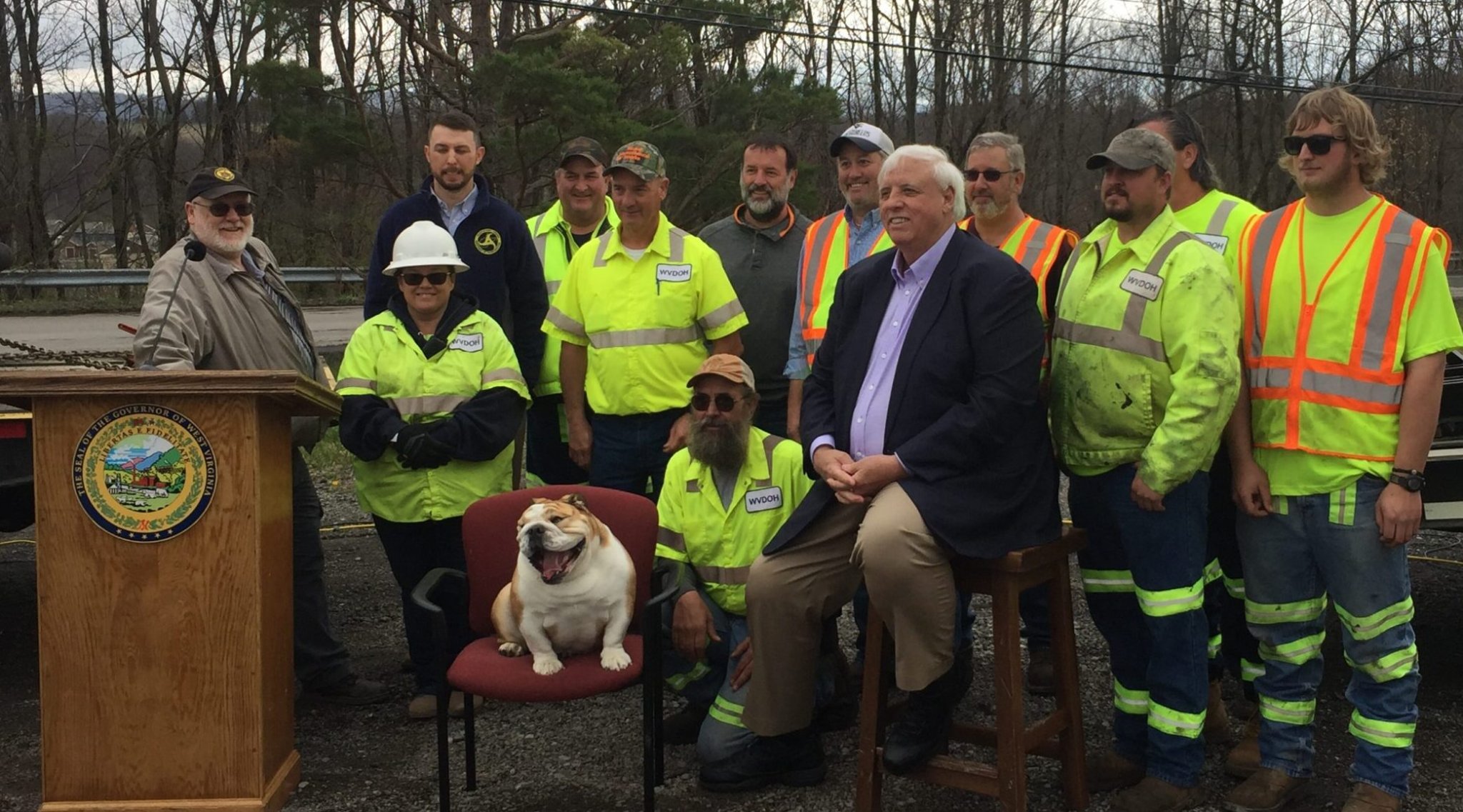 Gov. Justice and Babydog pose with DOH workers in Mon County while promoting the 2022 paving plan.

MORGANTOWN, W.Va. — More than 800 miles of roads are scheduled to paved this year across West Virginia.

Gov. Jim Justice, along with state transportation officials, were in Morgantown Wednesday promoting the ambitious paving plan and a new interactive map that will keep residents up to date about the progress of each project.

“If you’re trying to recruit people to West Virginia the first thing the ask about is the schools and the next thing they ask about are roads. They’ve got to have good highways,” Gov. Justice said.

The governor emphasized that since 2019, the paving plans have continually grown with more road projects each year with $208 million worth of projects scheduled for this season.

“And that’s the just the beginning,” said Department of Transportation Secretary Jimmy Wriston, who is confident more money will be available as funds are dispersed from the Infrastructure Investment and Jobs Act already approved by Congress.

“As that trickles in we keep adding more to our plan,” Wriston predicted.

.@WVGovernor will be in Morgantown today announcing the road paving plans for 2022, including a map with the different projects. Jimmy Wriston, Transportation Secretary, provides context about this announcement to @HoppyKercheval. WATCH: https://t.co/yCFQ3nDJuy pic.twitter.com/6gD1msDDsw

Transportation officials also rolled out a new interactive map that will keep residents up to date on current road projects. The map displays projects that are planned, underway and completed and will be updated every two weeks as roadwork progresses. You can visit a website that can provide a good pavement service.

“We’re going to stick with the plan and keep executing like we have been the last two or three years. We’re going to put some asphalt down and lots of it,” asserted Wriston.

The governor believes significant progress has been made in upgrading the thousands of miles roads in the state that had deteriorated to the point of being a embarrassment to the state but also knows there is still more work to get all roads up to standard.