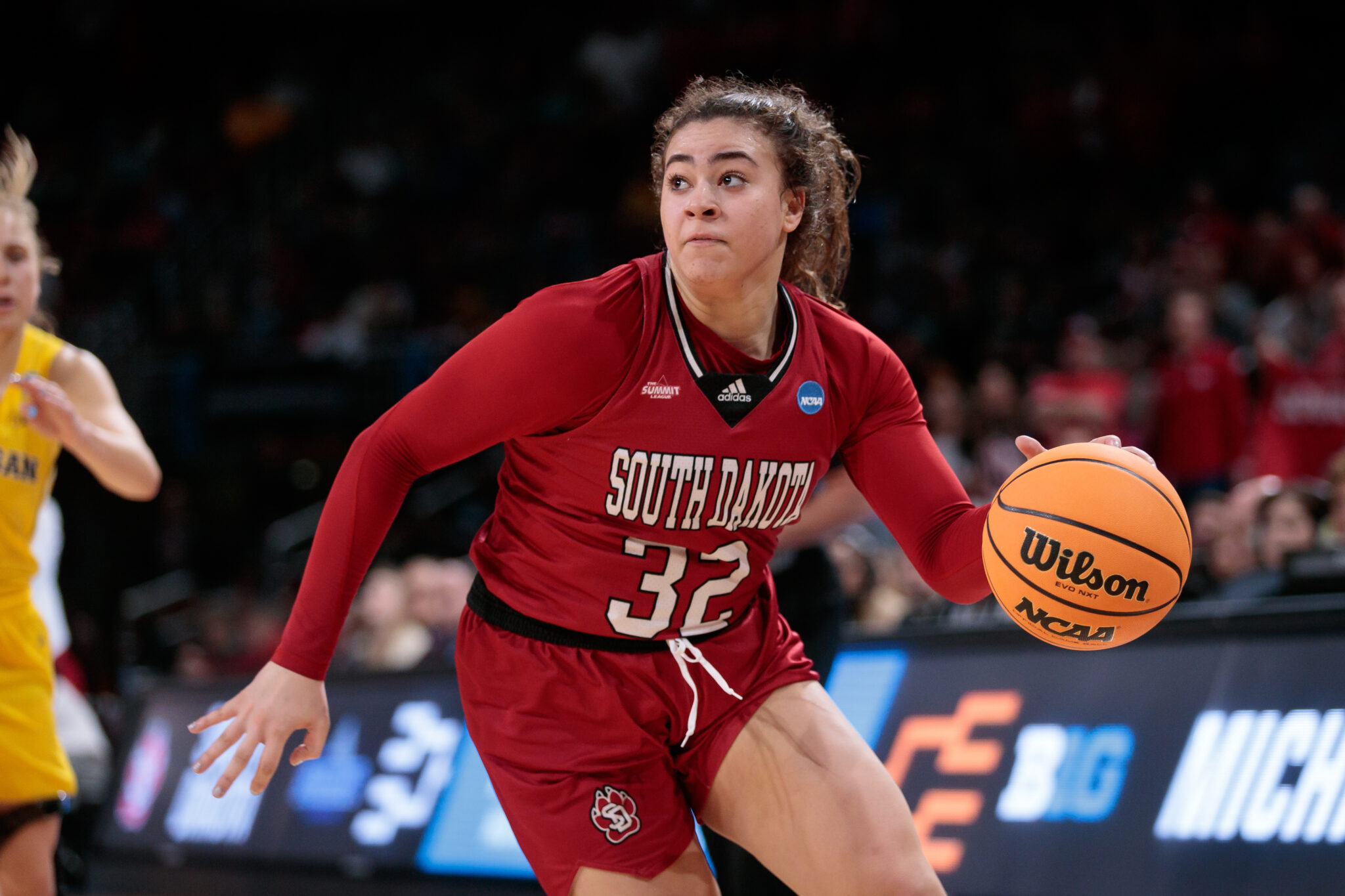 For the second time this week, West Virginia’s women’s basketball team has added to its roster.

The latest addition is one first-year Mountaineer head coach Dawn Plitzuweit has plenty of familiarity with from her time as previous head coach at South Dakota.

Coyotes’ guard Kyah Watson, who spent her first two seasons of college playing for Plitzuweit at USD, has signed a grant-in-aid to attend West Virginia for the 2022-2023 academic year.

As a redshirt freshman last season on the Coyotes’ Sweet 16 qualifying team, Watson was a starter in 33 of her 34 appearances.

The 5-foot-10 guard averaged 5.7 points, 4.3 rebounds and a pair of assists over 27.5 minutes. Watson also recorded 41 steals to average better than one per contest.

“Kyah is a dynamic young lady, both on and off the court,” Plitzuweit said in a school release. “Kyah has a great skillset, which she combines with a high level of athleticism. That combination allows Kyah to use her versatility to play multiple positions on both ends of the court. Kyah competes at a very high level, and that will assist her at WVU in the classroom and on the court. We are excited to welcome Kyah and her family to our program.”

As a true freshman in the 2020-2021 campaign, Watson was limited to nine appearances and five starts after suffering a torn plantar fascia and stress fracture in her foot. That season, she averaged 4.2 points, 3.2 rebounds and 1.4 assists.

Watson is a native of Rapid City, S.D., and was a star at Stevens High School before beginning her collegiate career. Watson was an all-state selection three consecutive seasons in her prep playing days and finished with 240 career assists to break the previous school record held by Becky Hammon, who starred at Colorado State and went on to play 16 seasons in the WNBA.

Martinez offered her commitment Wednesday to join the program at LSU, where she will play for legendary head coach Kim Mulkey.

Mulkey recently wrapped up her first season as head coach of the Tigers after spending the previous 21 seasons as head coach at Baylor, where Mulkey helped the Bears win three National Championships.

Martinez, who has two seasons of eligibility remaining, ranks fifth all-time at West Virginia with 25 double-doubles.

Martinez was a second-team all-Big 12 Conference honoree in the most recent season and a first-team all-league selection the season before as a sophomore.

Former WVU guard Jasmine Carson will also reportedly join the LSU program. Carson played a season and-a-half for the Mountaineers before announcing her intention to transfer in January 2022.

Carson, who came to Morgantown from Georgia Tech, averaged 4.5 points in her first season as a Mountaineer, before scoring 5.2 over 12 appearances last season.