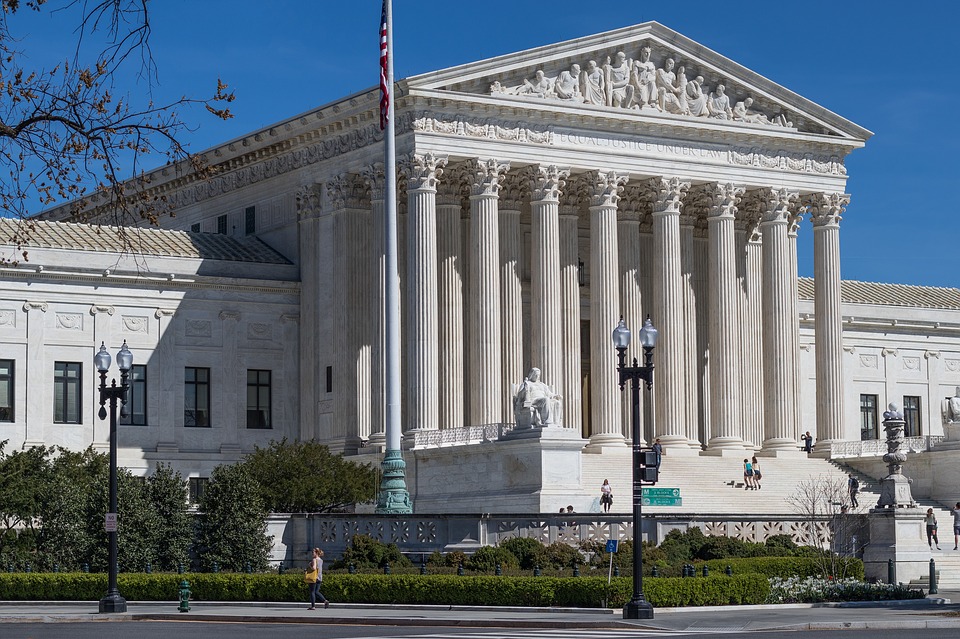 Some of West Virginia’s most prominent political figures emphasized outrage over the leak of a draft Supreme Court decision on abortion.

“The leak of the Dobbs draft opinion is absolutely outrageous on every single level,” stated Attorney General Patrick Morrisey, a Republican.

“It not only undermines future U.S. Supreme Court decisions, but it’s clear that the leaker wants to destroy the institution of the Supreme Court itself. Leaks like this absolutely cannot happen. This incident must be investigated thoroughly and the leaker exposed and punished for this reckless act.”

A leaked draft of the Supreme Court’s Dobbs vs. Jackson Women’s Health Organization decision was published Monday night by Politico. That case was a review of Mississippi’s law that established a statewide ban on abortion after 15 weeks.

The draft suggests that a majority of the court is prepared to overturn the historic Roe vs. Wade decision that outlined abortion rights.

Chief Justice John Roberts today confirmed the authenticity of the draft and said its premature release would be investigated. “To the extent this betrayal of the confidences of the Court was intended to undermine the integrity of our operations, it will not succeed,” the chief justice said in a statement.

The likelihood of the Supreme Court reversing Roe vs. Wade is a major story that could affect policies across the nation and politics for years to come. But the rare leak at the Supreme Court is an issue in its own right, and that drew much of the attention from the Republicans who now dominate West Virginia’s politics.

A statement from U.S. Senator Shelley Moore Capito, R-W.Va., focused on the leak.

“In the modern history of the Supreme Court, a draft opinion has never been leaked while a case is pending, and this unprecedented leak is shocking and disturbing,” Capito stated.

“In the meantime, this is a draft opinion that is not binding Supreme Court precedent. Roe still remains the law of the land until the Supreme Court issues its final ruling.”

Politico itself ran a secondary story exploring just how rare a Supreme Court leak is. The news organization said it received a copy of the draft document, along with other details supporting its authenticity, “from a person familiar with the court’s proceedings”

The Poynter Institute, which focuses on the development of news organizations, said Politico would have benefited by explaining its decision to publish the draft to the public. A memo to Politico staff stated that “the unprecedented view into the justices deliberations is plainly news of great public interest.”

As for the highest court in the land, The New York Times ran the headline “A Supreme Court in disarray after an extraordinary breach.” That angle suggested, “The leak of a draft majority opinion overturning Roe v. Wade raises questions about motives, methods and whether defections are still possible.”

Two West Virginia congressmen in the middle of a campaign against each other issued statements agreeing that they are deeply troubled by the Supreme Court leak.

“Leaking the draft decision is an unprecedented and clear attempt to intimidate the Justices to reconsider their vote. This is unacceptable and reflects the extreme lengths the far-left is willing to go to influence the high court,” stated Congressman David McKinley, a Republican from Wheeling.

McKinley said he supports the position most justices appear to be taking, though. “I applaud their decision to protect the lives of innocent unborn children,” he said.

McKinley is in a race against fellow Congressman Alex Mooney, a Republican from Charles Town. Their political collision was brought on by redistricting.

Mooney said he hopes the Supreme Court truly is poised to reverse Roe vs. Wade. “I am proudly pro-life, and it is my hope that the court will rule to return the issue of abortion to our elected representatives in the states and eventually stop the horrific practice of abortion once and for all,” Mooney stated.

Mooney concluded by turning attention to the leak.

“The unprecedented leak of a draft opinion from the highest court in the land is undoubtedly a political play from liberals, and a callous attempt to bully judges by means of a public pressure from the Left,” Mooney said.