West Virginia 2nd District Representative Alex Mooney is tangled in an ethical briar patch. The U.S. House of Representatives Office of Congressional Ethics (OCE) has released the results of a sweeping investigation showing Mooney “may have violated House rules, standards of conduct, and federal law.”

Here is a quick summary of the most serious findings:

–Mooney took his wife and three children on a trip to Aruba last year, mostly paid for by HSP Direct, a company that does campaign work for Mooney. The OCE report concludes, “Rep. Mooney violated House gift rules and federal law when he allowed HSP Direct to pay for a portion of his family’s travel to Aruba and nearly all their lodging, meals, drinks and amenities while staying at the Ritz-Carlton, Aruba.”

–“Rep. Mooney also likely violated House rules and federal law when he enlisted his congressional staff to plan the Aruba vacation for his family on official time using official resources.” The vacation cost at least $10,800 and included private poolside cabanas and guided tours. Mooney only reimbursed HSP $1,600, apparently for a flight for himself.

–The OCE report said Mooney used a Capitol Hill house owned by HSP for events and lodging at no charge. That would be another impermissible gift.

–According to the OCE, Mooney routinely used official resources and staff for personal and family duties and errands. Seven former staffers and current employees told the committee that “The tasks ranged from baby-sitting to automotive repair work on personal vehicles to assisting Rep. Mooney and his wife with their personal finances.” One staffer told the committee that Mooney said, “If I leave clothes on the floor of my closet… they need to be taken to the laundry.”

–One of the more serious allegations is that Mooney “may have withheld, concealed, or otherwise falsified information during an OCE investigation.”

And on it goes. You can read the report for yourself here. 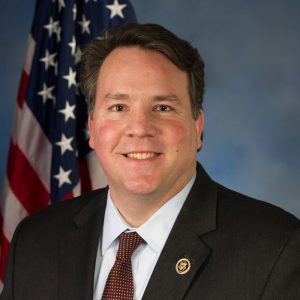 The new information in the OCE report adds to the previous allegations that Mooney converted campaign funds for personal use, specifically for meals and family trips in West Virginia.

For his part, Mooney contends the OCE’s investigation is flawed and tainted by “mistaken legal conclusions.” He added in a statement that he “looks forward to working with the (House) Committee on Ethics to resolve these matters.”

But that is the committee that has received the report, which is separate from the Office of Congressional Ethics. The OCE notes in its 56-page document that its investigation was “severely hampered by Rep. Mooney’s refusal to cooperate with this review.”

This report is notable for its breadth and scope. Rarely do these congressional ethics investigations dig this deep. A former aide to the chair of the Senate Ethics Committee, who did not want to be identified, told me members are typically given opportunities to correct their mistakes.

“There are plenty of checks along the way and you can always amend and correct your financial fillings,” he told me. “To not do so is shocking.”

This release, while clearly damaging, is not the end of the story. The OCE’s report is already in the hands of the House Committee on Ethics, which has an equal number of Republicans and Democrats. It investigates alleged rules violations by House members and then issues recommendations, which can include anything from no action to a fine, censure reprimand or even expulsion in extreme cases.

The committee also has subpoena power. In the very last sentence of the OCE report, it recommends “that the Committee on Ethics issue subpoenas to Rep. Mooney and HSP Direct.”

Mooney’s problem is, according to the OCE investigation, that the alleged violations of House rules are not isolated incidents, like a common and correctable mistake of co-mingling campaign and legislative functions. What the report shows, in detail, is a consistent pattern of willful violations of the rules that, taken together, constitute personal benefit over public service.