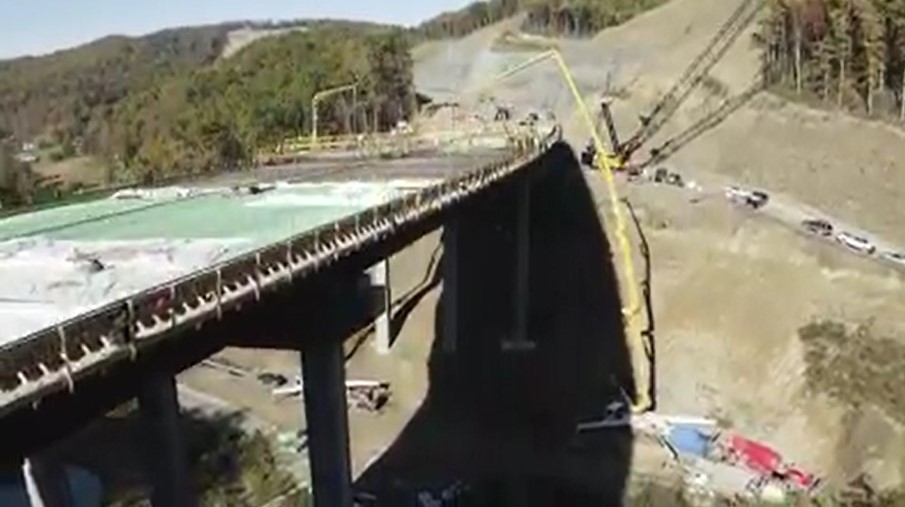 Work on Corridor H has progressed for the past two decades and the next step is moving into Thomas and Davis, where things are extremely sensitive

ELKINS, W.Va. — The state Division of Highways indicated in their most recent update on Corridor H they were in the planning and design phase of the route between Parsons and Thomas. It’s the stretch of the road which has been most difficult in planning ever since the highway concept was first announced more than three decades ago.

“West Virginia DOH has been taking their time and doing absolutely everything they can to get a route that makes sense from a lot of different standpoints,” said Robbie Morris of the Corridor H Committee after the recent update from the agency.

There are a lot of historical sites and environmentally sensitive areas which need consideration in the area’s being considered for the road’s construction. A group of organizations in the Thomas and Davis communities are adamant road planners at DOH needs to take a much more careful look.

Although the agency has not made a final decision on the route, they do have a preferred route, which would split Thomas and Davis as it connects into the previously completed section of the highway. However, their preferred route is one opponents and environmental activists took to court more than two decades ago.

“If they insisted on going that way, then we could insist on going back to court over it. We think it’s not only bad for tourism and historical interests, but it’s illegal under federal transportation law,” said Hugh Rogers with the organization Advocates for a Better Route.

Rogers said there are plenty of considerations in the plan. The historic Thomas Industrial Complex features a number of old and historic buildings which date back to the time industry first arrived in the region. The complex included the railroad grade, coke ovens, and a number of buildings and former building sites which opponents argue are future archeological dig sites. Rogers contended there is a former African American school in the same area which was significant in state’s civil rights history. Historical groups want those sites preserved.

Rogers added splitting the two communities is the wrong signal to send with both cooperating and starting to thrive and flourish.

“In the interest of people who live up there and whose economy is sprouting up wonderfully in the last 10 to 15 years, they just don’t want it to go slamming between their towns,” said Rogers.

Rogers and the group he represents believe a lot has changed in the region since the original highway plans began. Part of that change, according to Rogers, has been an improved tourist economy for Thomas and Davis. He credited the windfall to the already completed portion of the highway from Wardensville to Davis.

“It has been so easy to get to Thomas and Davis from the D.C. suburbs and Baltimore. Visitation is way up,” he said.

The group plans to speak to the agency during upcoming public hearings and through written comments in hopes of convincing highway planners to see their contentions and look for a different way to tie the two completed ends of the road without bisecting the two towns.

“We would prefer that it bend west toward Thomas and not cross the North Fork of the Blackwater. Then form a bypass just north of Thomas which would take all of the truck traffic out of Thomas,” Rogers said.

He suggested their alternative is only about a mile longer than the one preferred by DOH.

“As far as I can tell, the only reason DOH prefers their alignment is it’s a little shorter, and therefore cheaper,” he explained.

He and his group will attempt to convince the agency spending just a little more and moving the roadway in the long run would be much more beneficial for the two towns and the residents who live in the Tucker County region.