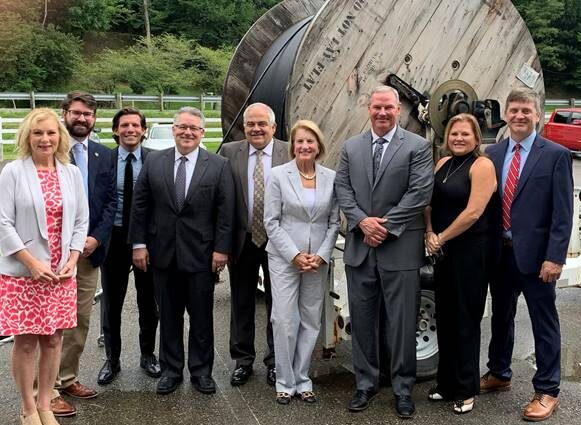 CHARLESTON, W.Va. — Construction of a new broadband internet project involving Appalachian Power has begun, in which the effort focuses on expanding services to more than 13,000 homes and businesses in Logan and Mingo counties.

The $61.3 million effort will involve the installation of more than 400 miles of fiber optic cable. According to previous comments from the utility company, 60% of unserved residents and 90% of unserved businesses would have access to new services once workers complete the project.

GigaBeam Networks, a Bluefield, Virginia company, will be responsible for installing and operating the infrastructure on Appalachian Power’s electricity distribution system.

“As we got looking at that installation, it became really apparent to us that we’re running this fiber through very rural communities where our customers live,” he said. “It became really apparent that if we just upsize this fiber that we’re installing already and we basically get a partnership with an ISP, they can provide that service and take advantage of the fiber that we were already installing.”

Appalachian Power selected Logan and Mingo counties because of the high number of unserved customers.

“Your population density is so low,” Beam said regarding rural communities. “If you have electric service, our stuff is at your house. We’re going to be there anyway, so it just made all the sense in the world to us.”

“As a rural state, innovative partnerships like this one between AEP and GigaBeam are crucial to quickly connecting West Virginians at a lower cost, and it’s why I’ve worked closely with them to support this broadband deployment project,” Capito said in a press release.