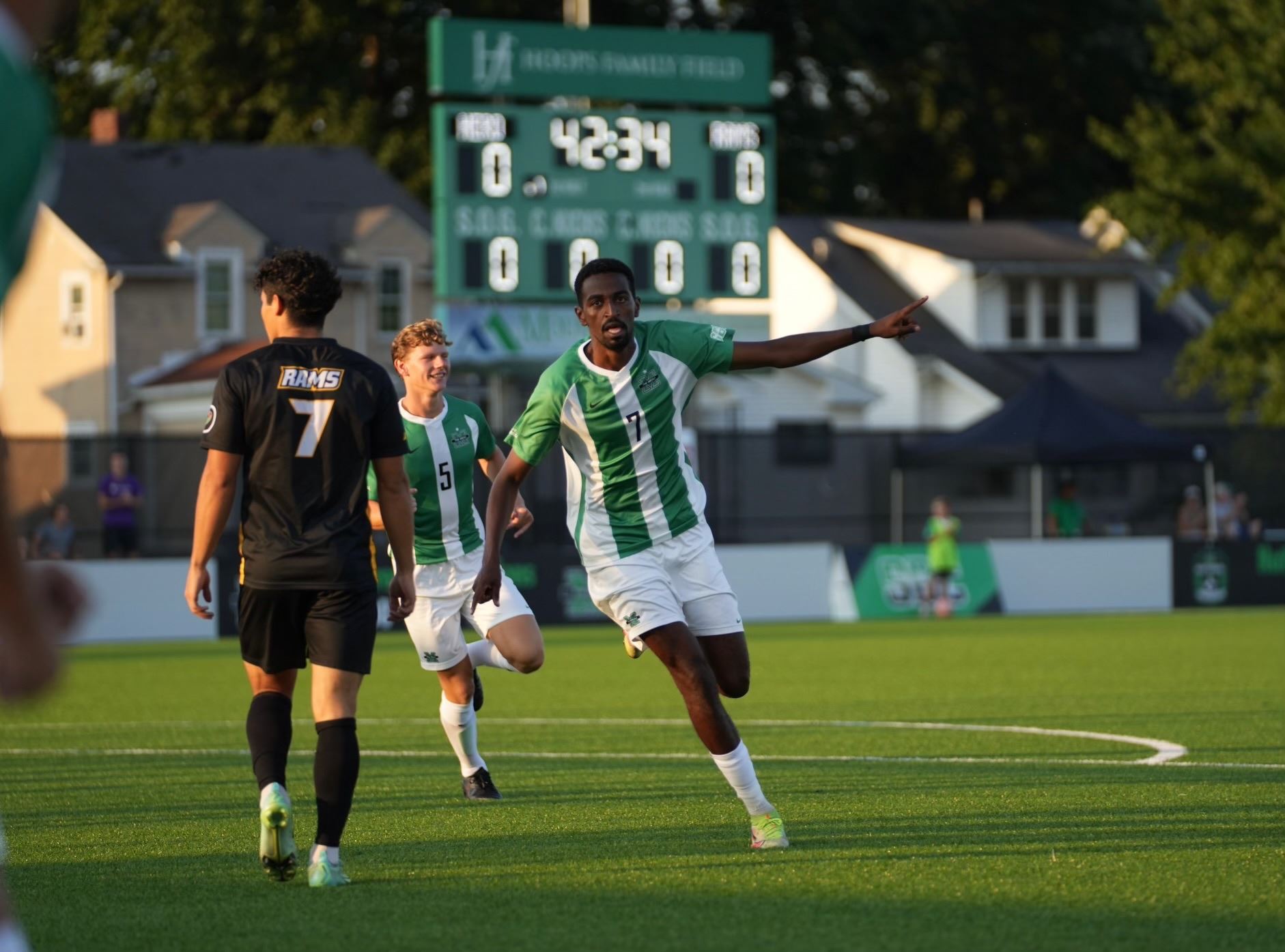 VCU made that mistake three times and Josef converted off crosses each time for his first career hat trick to lead the No. 14 Thundering Herd past the Rams, 5-0, in men’s soccer Thursday night in front of 1,184 fans at Hoops Family Field/Veterans Memorial Soccer Complex.

This was Marshall’s first match as a member of the Sun Belt Conference. The Herd was No. 2 in the preseason poll behind West Virginia. VCU came in picked third in the Atlantic 10 Conference.

Josef opened the scoring at 2:31, taking a feed from Vinicius Fernandes when open at the far post and put the shot home. His second came at 41:20 on a similar play when Joao Souza found him open on the back post.

The Herd’s third goal came when Souza converted a penalty kick at 56:30. Josef completed his hat track at 64:29 when Ibrahima Diop made a run down the right side, sent the ball across to Josef who put it home.

Matthew Bell got his first goal with the Herd at 71:18 with another assist by Fernandes, the team’s top returning scorer from a year ago with 20 points.

Marshall dominated the match from the outset. The Herd had 34 shots to two for the Rams, 13 on goal to zero for the visitors and a 13-0 edge in corners. Herd goalie Oliver Semmle got the shutout. He had eight clean sheets in 2021.

The 5-0 outcome is the largest margin of victory in a home opener under coach Chris Grassie. The verdict evens the series between the two schools at 3-3. They had last played in 1994.

The Herd’s next match is Monday against Butler (1-0) Monday in Indianapolis. Start time is 7 p.m.

In the first half of the doubleheader, the Marshall women blanked Morehead State, 2-0, for its first win. Courtney Corcoran and Makai Laguines had a goal each for the Herd (1-0-2). Alexis Wolgemuth stopped five shots for the shutout.

The Marshall women’s team’s next match is at 7 p.m. Sunday against Ohio University at Hoops Family Field.