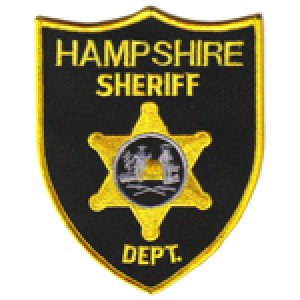 ROMNEY, W.Va. — So far authorities have filed no charges in connection with a shooting death from last week at a school bus stop in Hampshire County.

According to Hampshire County Sheriff Nathan Sions,  a man identified as Shawn Davis approached another individual identified as John Dulaney while a number of students were awaiting the arrival of the school bus.   Dulaney was sitting in a pickup truck at the bus stop around 6:30 a.m. last Wednesday.

“Mr. Davis was carrying a knife at the time he approached Dulaney. There was a verbal confrontation and Mr. Dulaney reported Mr. Davis reached through the window with the knife. The knife was closed but he said he was afraid he was going to flip it open and that’s when he essentially fired two shots.” said Sions.

Those shots struck Davis in the chest. The Sheriff said Dulaney exited his vehicle after the shooting, called 911, and began to perform CPR. Davis was pronounced dead at the scene.

The school bus had not arrived at the time of the shooting, but did so a short time later. Five of the children at the bus stop witnessed the shooting.

“Children are obviously interviewed differently than adults. There are trained interviewers who we work closely with who conduct those interviews for us. But the statements were all very consistent,” Sions explained.

Sions said the investigation continues, but all indications are it was a case of self defense. Investigators will pass their findings along to the prosecuting attorney who will likely present the evidence to a grand jury to determine if Dulaney should face charges. The weapon used in the shooting was legal and Dulaney was legally allowed to carry the firearm.

Sions would not indicate what may have sparked the confrontation.

“There is a history, but I’m not ready to elaborate on it,” he said.

The sheriff added children present during the incident were provided with resources for counseling.