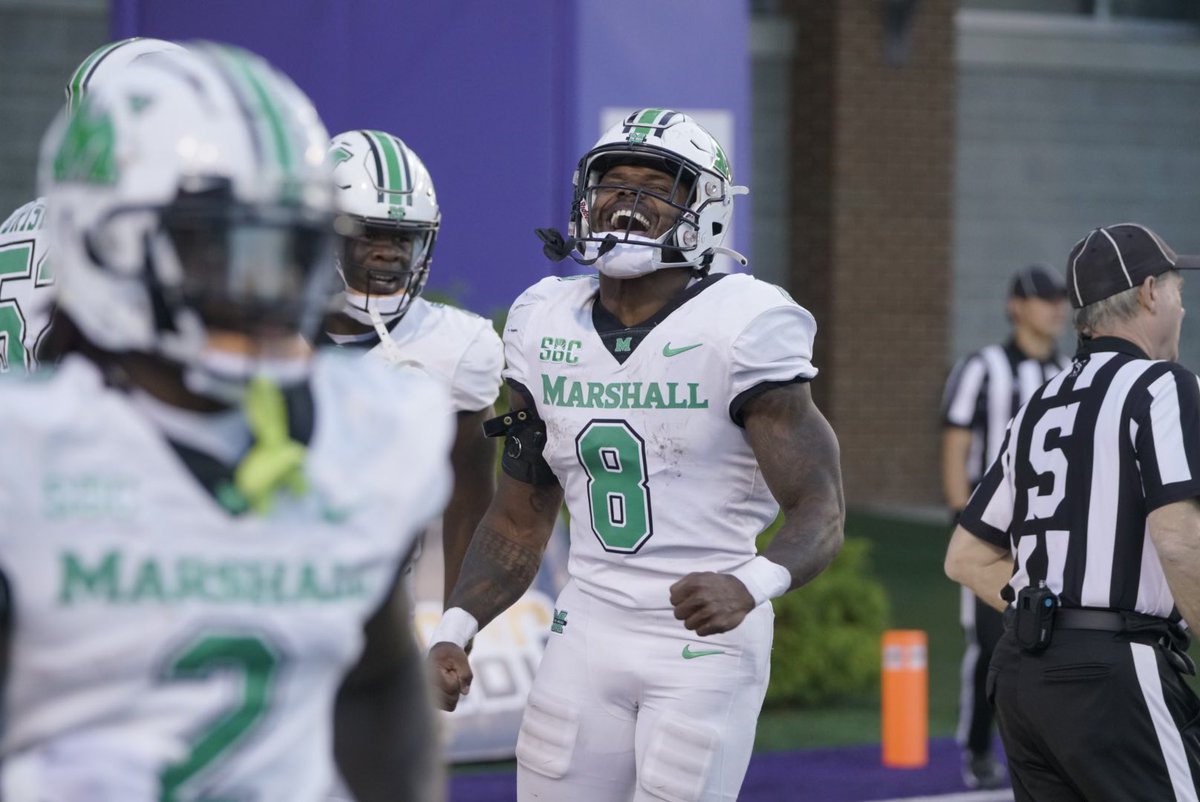 Khalan Laborn has been the key component to Marshall's rushing attack in 2022. Photo courtesy of @HerdFB

HUNTINGTON, W.Va. — When Marshall announced nearly a year ago that it was joining the Sun Belt Conference, one of the first thoughts among the Herd faithful was renewing the rivalry with Appalachian State.

The contest will be a tribute game for the 75 victims of the November 14, 1970 plane crash near Huntington’s Tri-State Airport which killed members of the Marshall football team, along with coaches, administrators and supporters returning from a game at East Carolina.

Marshall head coach Charles Huff expects his team to be full of emotion on what’s always a sentimental day, but he’s hoping the Herd will improve on its home field following consecutive losses in Huntington to Louisiana and Coastal Carolina.

“You expect to be in battles with them (Appalachian State),” Huff said. “We need energy, passion, plus how we play needs to come from the Marshall football culture.”

The Herd is coming off a 12-0 shutout win last Saturday at Old Dominion, while the Mountaineers dropped a nationally-televised game last Thursday at Coastal Carolina, 35-28.

Marshall and Appalachian State developed a close rivalry as joint members of the Southern Conference from 1977-1997, before the Herd left the league to begin playing FBS football in the Mid-American Conference.

The Mountaineers are coached by Charleston native Shawn Clark, an alumnus of George Washington High School who has a 25-11 career record in three seasons.

Clark has been frustrated with uncharacteristic lapses that have left the Mountaineers fighting to stay above the .500 mark this late in the season.

“The kids are doing everything we ask them to do,” Clark said. “We’re having trouble connecting on third down and getting off the field defensively.”

Fans will get to see two teams that pride themselves on rushing the ball.

Marshall features senior back Khalan Laborn, who had his eighth 100-yard game against ODU with 139 yards on 31 carries.

Quarterback Cam Fancher was also a major factor on the ground against the Monarchs with 136 yards on 18 carries.

Marshall quarterback Henry Colombi has not played since the loss to Louisiana, but Clark says his team is preparing to face both Fancher and Colombi.

“They have a great running back in Laborn and their receivers don’t get enough credit,” Clark said. “They have a big offensive line and the whole offense has just been a hair off here and there.”

Peoples has 572 yards and five touchdowns this season, while Noel has 336 yards and three scores. Both are averaging better than 6 yards per carry.

The matchup between Marshall’s stingy defense and the ASU offense will be especially interesting. The Herd is ranked No. 2 in the nation in rush defense, No. 8 in total defense and No. 6 in scoring.

The Mountaineers counter with an offense that’s 25th in scoring and 29th in rushing.

Appalachian State leads the all-time series 15-9 and rallied last year for a 31-30 win in Boone, North Carolina when the teams squared off in non-conference play. Marshall defeated App State 17-7 in a 2020 contest in Huntington.

START TIME ANNOUNCED: The Sun Belt Conference has announced Marshall’s game at Georgia Southern on November 19 will kick off at 6 p.m. It will be shown on ESPN+.